The Illusion Of Parity In The NBA

The NBA has been around a long time. We have seen great rivalries in sports like the Lakers versus the Celtics and more recently, the Cavaliers versus the Warriors. All of us also have memories of certain players doing certain things. Jordan, Game six in Utah is etched in plenty of people's brains as quite possibly the greatest moment in NBA history. If that isn't one of the greatest, then everyone remembers Magic going across the middle with that sky hook in Boston to give the Lakers a 3-1 lead in the NBA Finals. Those type of moments along with the teams that we all have followed over the years have kept us all interested in watching the NBA. As time as gone on though and here more recently, there has been the issue of parity for a lot of fans. The third installment of the Cavaliers/Warriors series has brought to light the fact that some fans do not like that these two are head and shoulders above everyone else in the NBA right now. As it stands right now, there is not really anyone that can touch them at the top. Both the Warriors and the Cavs have other teams thinking they will have to stack the deck to face them, which fans worry about because they fear the parity going away for good. But if you really take a look at it, was there really any parity to begin with in the NBA?

The game has been great to watch and has gone through tons of changes both on the court and off the court in terms of the marketing aspect. One thing that has not changed over time is the parity. While some want to think there was some parity in the NBA, they may want to check again. Back when Bill Russell played for the Celtics, they dominated the NBA and everyone knew they had no chance. In the 80's, the Celtics and Lakers played a ton of times in the NBA Finals, dominating the scene. Does that seem like parity to you? Also, take a look at how many teams have won more than three titles in their existence. The Lakers and Celtics have won a total of 33 championships between them. Think about that dominance. Their imprint has been all over the NBA and titles since the 1970's. Other than these two, only six other teams have won three titles or more. In a league of 30 teams, 26% of the league have won three ore more titles over it's existence. Does that sound like parity to you? Honestly, what it really sounds like is that some of you all bought the illusion of parity and now are complaining about it. Of course, some fans are not only complaining about the lack of parity (which has not been there since the beginning of the NBA) but the lack of competition. Seeing a guy like LeBron James go play in Miami to play with his friends Chris Bosh and Dwyane Wade really burned up a lot of fans in 2010. Fast forward to this season and Kevin Durant going to play with the Golden State Warriors to improve his chance to win a title has the so-called "basketball purists" upset. But in all honesty, there is enough blame to go around for the perceived lack of competition and yes, that includes the fans of the game.

Fans want loyalty from players. They want star players, when they get drafted by a team, to stay there and slug it out, chipping away at reaching that title they expect the star to bring to a franchise. On the flipside of that, when a star does not bring a championship (or in some instances have the players around them to help them win a title), that seems to be something that is held over star players' collective heads when it comes time for their retirements. If you think it isn't, then you should remember the talk about Charles Barkley. He tried to get him a ring or two but plenty will not even put him in the "best power forward of all-time" discussion because of him missing that jewelry. Players feel that anxiety that is put on them in their careers and now we are in an era where players are making moves and sacrificing money to play with people that can help them achieve a title. We saw LeBron make that move and we definitely saw Kevin Durant do it. Durant recently won his title and LeBron won a couple in Miami, but plenty don't like that at all either. It's said that it cheapens the ring, but isn't it better than not winning a title? So which way is it going to be fans? Do you want a player to stay on a team, not win a title and talk about him as if he did not win anything or do you want a player to leave and win a title somewhere else with a better put-together team? Seems like fans don't know what they want because this answer is one that fans can hold against players on both sides. Players, no matter how much they don't say it, notice what is being said about them and these moves are made to win at the highest level.

Fans hold a particular percentage of blame because of the importance they place on titles when it comes to greatness and a player's legacy, but so do the general managers of these NBA teams. Maybe if they selected players better along with spending free agent money better, than they would be competing better than they are. For example, Dell Demps, the New Orleans Pelicans owner, has not exactly drafted well outside of Anthony Davis and he has given contracts to Omer Asik and Solomon Hill. Demps is not the only General Manger that has made some mistakes, but if you are looking for parity, then these type of mistakes cannot keep happening to franchises like Sacramento, New Orleans, New York and Orlando. If you want to take it even further, the players are responsible for the lack of parity as well these days. No, I am not talking about because of player movement. Players have earned that right and they can do what they please. What I'm talking about is the development of their skills. It seems like some players never get any better and that stagnates franchises. Working on your complete game seems to be a lost art to many. Last, but certainly not least, the coaching that a player receives can be a reason for players not getting better as well. Too many players don't get challenged at the high school and college level to be better than they are because coaches are scared to upset players these days. That particular player may be good at the time, but if the coaches are not demanding more out of players, then they will eventually get caught up to and passed.

There is no parity in the NBA and there will probably never be any. But the reason why parity doesn't exist in the present is not because of so-called "superteams". Players have to be better, General Managers have to be better recognizing talent and coaches have to demand more out of their players. That is how players become better and ultimately teams become better. But even with that, the dream of parity becoming real is just that: a dream. Domination has been here since the NBA began, but what has changed is the fan's expectation of parity and the illusion that it represents in the NBA. 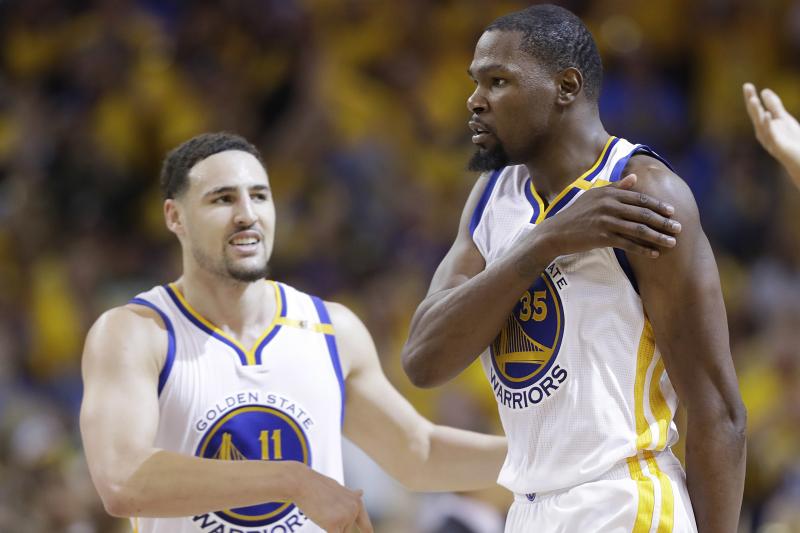