The Chicago Bulls were not a team that was getting a lot of love this offseason. They shipped out hometown point guard Derrick Rose to the New York Knicks. And with what they received in return (point guards Jose Calderon and Jerian Grant along with big man Robin Lopez), the city was thinking this team was in the midst of a rebuild. That plan seemed to be influx when the Bulls agreed to a two-year deal with point guard Rajon Rondo. Well, that plan they has now gone awry. After spending 13 teams with the Miami Heat, Dwyane Wade has now decided to leave the Heat for his hometown team, the Chicago Bulls. He and the Bulls have agreed to a two-year, $47.5 million deal(player option in the second year) to bring Wade back home. And after finding trade partners for the contracts of Jose Calderon (Los Angeles Lakers) and Mike Dunleavy Jr. (Cleveland Cavaliers), the Bulls have pulled what may be the biggest surprise of the NBA offseason. And with that, the Bulls now have a little bit older roster than they thought. But with that roster, they now have some excitement that was not there about a week ago.

Wade flirted with coming to Chicago six years ago. Some believe he would have come to Chicago should he, LeBron James and Chris Bosh got together and decided to go to Miami to play together. But no matter how late it is, you can always come home. He lands in a situation where he is playing with a former foe in Rondo and a star in guard/forward Jimmy Butler (Butler will be moving to small forward with this signing). With Rondo as the point guard, he now has the inevitable task to make Wade and Butler happy with the ball. Many will take a look at all three of these players and say that they need the basketball in his hands. But when you really study the game of Wade and Butler, both can move without the basketball well. Wade learned to do that a bunch when LeBron was dominating the basketball when he was in Miami. And Butler learned to do that with Rose dominating the ball at times. Rondo can dominate the ball, but he can find people when they move and are open, which benefits the Bulls and their motion offense. And with the uncertainty in scoring that the Bulls have up front, they will need all the motion offense they can get in order to free up Wade and Butler to put up buckets.

Offensively the Bulls will be better with Wade, but they will be even more solid defensively on the perimeter. Wade adds another guy that can defend on the perimeter well (Butler being the other). Rondo is good at getting steals, but the one thing he does is gamble a lot. With Wade there, it brings another guy that can cover up those blemishes on blown assignments sometimes. Along with covering up blemishes, Wade also is a master of blocking shots at the guard position. That leaping ability along with timing can allow him to block shots while guarding a player one on one or coming from the blindside. Those characteristics as a defender will only help a Bulls team that fell for two years straight in those statistics. And we all know with more shot blocking and more steals, the Bulls can push the ball up the court. With Rondo pushing the tempo, that can only lead to many more easy baskets.

The pluses look nice for Wade playing for Chicago. But there are also some minuses in this equation. Wade has been a superstar in this league, but he has also been a guy that could not stay healthy. In fact, last season was his healthiest season in three years. Knee and shoulder injuries have been out there for what seems like a good portion of his career. If the Bulls are smart, they will monitor his progress from game to game. By doing so, they will be able to save him from pushing himself to the point of serious injury while playing through a minor one. Another issue the Bulls may have with the signing of Wade is perimeter shooting from the guards. Rondo is historically not a good three point shooter (although he shot well from there in Sacramento last year) and Wade had given up really shooting three-pointers until the playoffs this past season. Add him with Jimmy and there aren't many three-pointers getting hoisted up. And with Mike Dunleavy Jr being moved to the Cavs (move made to clear up space to sign Wade), the Bulls really will not have any consistent perimeter shooting in their lineup.

The excitement in Chicago had to be high as the Bulls went out and brought one of their native sons back home. And those feelings of moving Derrick Rose keep fading away with each momentarily stare of disbelief. Wade is home and now the Bulls have some more entertainment value. But unfortunately for the Bulls, they do not have enough to be a title contender at this point in the game. They may not even make the playoffs. 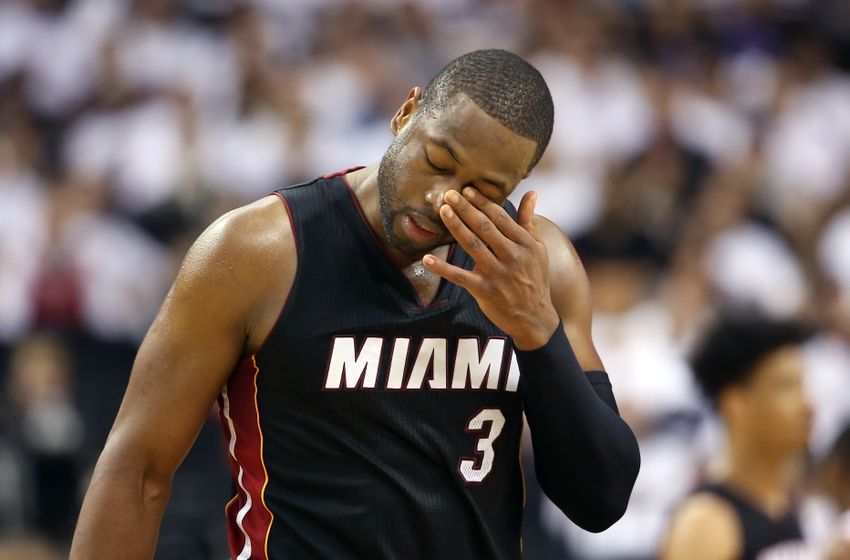