What’s Next For The Indiana Pacers And Frank Vogel?

The Indiana Pacers and Frank Vogel have been matched together for six seasons. That time has brought two Eastern Conference Finals appearances and five playoff appearances. Some would see that as a successful run in one place, but Larry Bird saw something different. The president of the Pacers organization saw a team that was not going any further under Vogel in his eyes and felt it was time for a change. So instead of Bird renewing Vogel’s contract, he made a choice that no one expected. Bird has decided not to renew Vogel’s contract, making the young coach a free agent. And with that, the Indiana job is now open. Bird has talked about making his team fit more in the small ball mode, but no one saw his plans and how they were going to get the type of talent needed to make that system work. But Bird is banking on his new coach being able to make his vision become reality. And with that, the coaching search is on.

One of the coaches that fits what Bird may want is former Knicks, Suns and Lakers head coach Mike D’Antonio. The same guy who has teams that seem to be allergic to defense would fit because Larry Bird is looking to play the smallball type of game with his team. And he is also looking for his team to be better offensively. Under Frank Vogel, the Pacers were not very good offensively. Part of that is due to the pieces that were on that Pacers team over the years. It isn’t like Larry Bird gave Vogel a great amount of pieces to work with. But on the other hand, Vogel never has been the most creative offensive coach. All in all, the mixture of what Bird was providing and what Vogel was giving offensively was not pleasing to what Bird wanted. And ultimately, that is one of the reasons that Bird decided to move forward. Of course it does not seem like a good move. Vogel is a good coach and had done well with Indiana. But the decision here is all on Larry Bird and his unwillingness to give Vogel a new deal after six years of employing him as his coach. For his sake, he had better hire someone that takes the Pacers to a new level. If not, he may end up regretting letting Vogel go.

As far as Vogel and his prospects, his name immediately jumps in the coaching search for a couple teams. One team that immediately comes to mind is the Houston Rockets. Vogel was looked at by the Rockets before when they were looking for a head coach back in 2011 when Vogel was the interim head coach for Indiana. At that time, Vogel ended up being named the permanent head coach of the Indiana Pacers and the Houston opportunity went to someone else. This time, Vogel does not have another job to keep him away from Houston. And for what he does, he would be a solid fit for the Rockets because of his defensive coaching mentality. That type of coach would be good for the Rockets and mainly guard James Harden. It has been talked about to exhaustion how bad he is defensively. Maybe with Vogel’s constant positive approach, he can get through to Harden that he needs him to give more effort defensively. If he can get through to Harden, then that would be a win for him and the team. And depending on what they add or lose this offseason could go a long way to seeing how successful they could be should Vogel come there.

Some could argue that Vogel did not deserve what he got in Indiana. But the reality is his contract is up and management has decided to take the team in a different direction. Whoever they hire in Indiana will inherit a talented big man in Myles Turner and one of the best two-way players in the NBA in Paul George (assuming he is not traded, as his name has been mentioned with the Los Angeles Lakers). The main pieces are there, but the rest of the team has to be filled out to surround those two. Monta Ellis will be a year healthier, so that should help, but they need more than that. As far as Vogel, he is a good young coach and he would be a solid hire wherever he goes next. And if that place is Houston, they would benefit greatly from him. They are scheduled to interview him soon, so we shall see how that one goes. 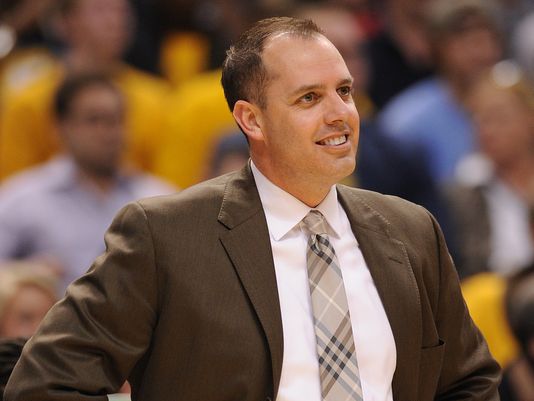