The Cavaliers have been playing well in the playoffs. They have been moving the basketball and as a result, they have hit a ton of threes. Along with that, they have also got Kevin Love, Kyrie Irving and LeBron James all involved in the game at the same time. And by sharing the basketball, the Cavs are tougher than they were at the beginning of the season. The guys like Love, Irving and James get a lot of the credit. After all, they are the stars of this team that get all the love and most of the blame. But with every team, there is an unsung hero. And the Cavaliers are no different. The stars of the team cannot do everything to win each game. They need the supporting cast to step up and do the dirty work that the stars don’t usually do. The Cavs have the perfect man for that task and his name is Tristian Thompson.

This offseason, there was some doubt if Cleveland was going to bring Tristian Thompson back. He was asking for an amount of money that Cleveland did not want to pay and the struggle almost led into the season. But eventually, the team cracked under the pressure among other things and signed Thompson to a five-year, $82 million contract to stay with Cleveland. Immediately, the reaction to the contract he signed was one of confusion. Many wondered why he even signed that big a deal and wondered what he showed on the floor to justify that deal. But some are now seeing what he does so well for Cleveland. In the playoffs, the Cavaliers have been having opportunity after opportunity offensively. The reason for that has been Thompson. He fights hard on the boards each and every night and that sometimes requires him to be boxed out by at least two men. And even with those two guys blocking him out, Thompson still collects offensive rebounds. But even when he does not get the offensive rebounds, he creates opportunities for his teammates by taking up defenders. And when some of those teammates are LeBron James and Kevin Love, that leads to immediate points for the Cavaliers.

Not only does Thompson affect the offensive end, but the defensive end as well. Thompson was moved to center later in the season and many felt that he would be taken advantage of. But those same people overlooked the size of his lower body. He may be a shorter center, but he boxes people out very well. That is attributed to his lower body strength. His lower body strength also helps when larger centers try to post him up. Many are surprised that he can equip himself instead of laying down like some thought he would. What Thompson does so well is use his lower body to push them off the block. The result of the strength of Thompson usually ends in a center kicking the ball back out to the perimeter, taking a tough shot or turning the ball over. That helps the Cavs tremendously defensively and also disrupts the offense of the opponent. In turn, that makes it easier for the Cavs to defend.

Some say the most important players are the ones that everyone talks about. But there are some players that don’t make the scouting report that you have to pay attention to. One of those players is Tristian Thompson. He is one of the most active players on the Cavaliers team. And he is also the one that creates the most havoc on the offensive and defensive boards. With him, the Cavs are really dangerous. Without him on the floor, the Cavs suffer a little on both ends of the court. Some may look towards LeBron James, Kevin Love and Kyrie Irving when things get bleak. But Thompson is one man that can be depended on even if he cannot shoot. And look for him to have a major impact all the way on this playoff run with Cleveland. 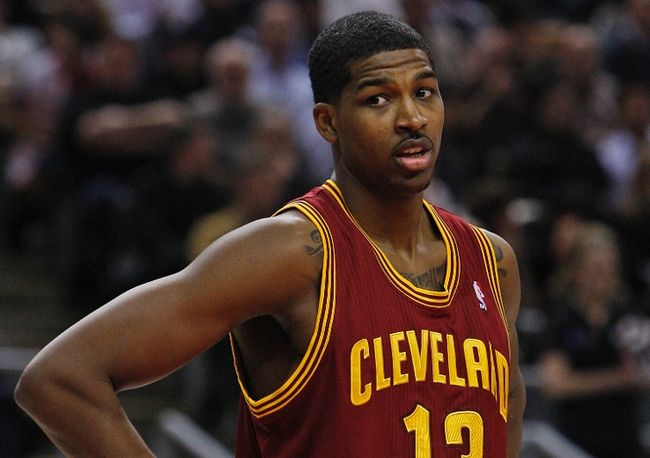