Tobias Harris: How does he affect the Eastern Conference, 76ers?

The  Philadelphia 76ers were already an interesting watch before the season. The combination of Joel Embiid and Ben Simmons brought some excitement back to the city of Brotherly Love and even though they lost to Boston in the playoffs, many thought they were a team on the rise. And then they got Jimmy Butler this offseason and things really got interesting, with some even having them going deep in the playoffs. Everyone thought the 76ers were done, but they had one more surprise waiting for us all along. The 76ers and Los Angeles Clippers agreed to a deal that sent guard Landry Shamet, forward Mike Muscala, forward Wilson Chandler, a 2020 first round pick, a 2021 unprotected first-round pick and two second-rounders to Los Angeles for forward Tobias Harris, big man Boban Marjanovic and forward Mike Scott. The trade was one no one saw coming, as it changes the dynamic of the 76ers yet again. 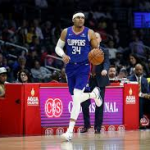 When looking at what Harris brings, he definitely adds a lot to the team. He is an upgrade over Chandler at the power forward spot without question. With him on the team, the 76ers have another playmaker they did not have and that means less work for Simmons, Embiid and Butler. The more the team is able to incorporate Harris into the offense, the more potent they could be come playoff time. With all that he brings, the 76ers do have a chance to be the beasts of the East. The only thing that will be interesting to watch is if they have enough backcourt depth. Landry Shamet was playing well for them as a backup who could play multiple positions. Without him, the bench production could suffer, which could put them behind Toronto and Boston for East supremacy. Even with that, the 76ers are even more dangerous with their starting five than they were before and they added some good firepower up front to help with their ascension in the East with Scott and Marjanovic.

As far as the 76ers go with the future, they are taking a risk in bringing in Harris. While 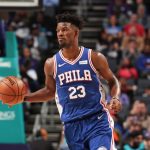 the immediate future makes them a huge player in the Eastern Conference, the offseason looms large with Harris and also Jimmy Butler. Both are going to be free agents this summer and there are no guarantees both will be returning to Philly or that they will want to. Per ESPN's Adrian Wojnarowski, the 76ers are planning to keep both and have long-term plans for Harris and Butler alongside Simmons and Embiid. While that sounds nice, there is no guarantees there and one or both could leave, leaving the 76ers with just Simmons and Embiid again to start next year. So with this new Big Four, the connection and the chemistry is something to watch for because if it doesn't develop, then other money could call for Jimmy or Tobias and could leave Philly trying to recover.

The hope in Philadelphia is this trade puts them over the top when it counts the most: the playoffs. For Philly, the city got a championship from the Eagles and the 76ers are looking to bring that feeling back to the city. We shall see what happens after this one. The risk is huge long-term, but for the short term, the move could bring something great.