Minnesota Is Experiencing Some Growing Pains

The Minnesota Timberwolves have been stockpiling young talent for a couple years now. Drafting players like Karl-Anthony Towns, Andrew Wiggins, Zach LaVine and Gorgiu Deng lifted hopes that some day this team was going to rise. And after not bringing back Sam Mitchell, firing their general manager and turning over the president/head coaching job to former Bulls head coach Tom Thibodeau, plenty thought that this year was the time for their rise. But as of right now, it seems like there are some growing pains going on between the young Timberwolves and their new head coach. The team is currently sitting at 1-4, good enough for 13th in the NBA's Western Conference. As of right now, there is not too much difference in their team now as oppose last season. And all those that were thinking this team would be good enough to make the playoffs are second-guessing themselves. But again, it is only five games in for the Timberwolves and they do have some time to get it turned around.

One positive about the Timberwolves is the defense this season. Last year, the Timberwolves were not very good defensively. They would have moments where they would show defensively, but other games where they would be non-existent. The youth they had did not serve them well in that aspect, as they gave up 106 points per game last season. But early on, you can tell the impact of Thibodeau on their team. The Timberwolves are giving up six points less than they did last year. And along with that, it seems like they have an actually gameplan defensively. On the perimeter, Wiggins is defending better than last year. And with the combination of he and Zach LaVine on the perimeter defending, they have the capabilities to be very good at locking up opponents. And in the paint, that is where they have some guys that can be very good defenders in Deng and Towns. But one thing that has to happen for them is they have to become consistent. They still have breakdowns from time to time and that is part of the reason they are still giving up 100 points a game right now. One thing to watch going forward is to see how the team does with Kris Dunn starting at point guard. That should eventually help them defensively over the offensively-inclined Ricky Rubio.

The defense has room to improve and get better than it is at this point, but one thing that has to get better for them to contend is their bench production. The leader of that unit was supposed to be Shabazz Muhammad. He was supposed to be the guy that gave them punch off their bench this season. Last season Muhammad averaged 10.5 points per game off the bench while shooting 46.5% from the field. But this season, he has seen his minutes dip along with his production, as he is down to 7.8 points per game this season. He is actually shooting better, but does not have the same number attempts he had last season. One reason he probably isn't playing as much this season compared to last is because of his defense. Muhammad has never been known as a guy that can defend his position. He can score in bunches, but he can also give up what he scores on the defensive end of the court. With Thibodeau being a defensive-minded coach, that has to drive him a little crazy. But for this Timberwolves team, as Shabazz goes so goes their bench. So Thibs has to find a way to get him more minutes to help his starters out more. If he does, then that will help the offensive production of this team become more consistent.

While Thibodeau is a better coach for the Timberwolves, he clearly has some issues to work out with this young, talented team. Defense and bench production will be crucial to the success they do or don't have. And as the season goes on, Thibodeau will have to find out what combinations work and what don't in order for them to be successful. Wiggins and Towns are future stars in the NBA, but that means nothing without everything else in place. And while Wiggins and Towns have some things to work on in their young careers, so does the organization in getting things set around them. That falls on Thibodeau. We shall see how things progress going forward. Right now, all that playoff talk is not sounding so good. But again, it is early and things can change. 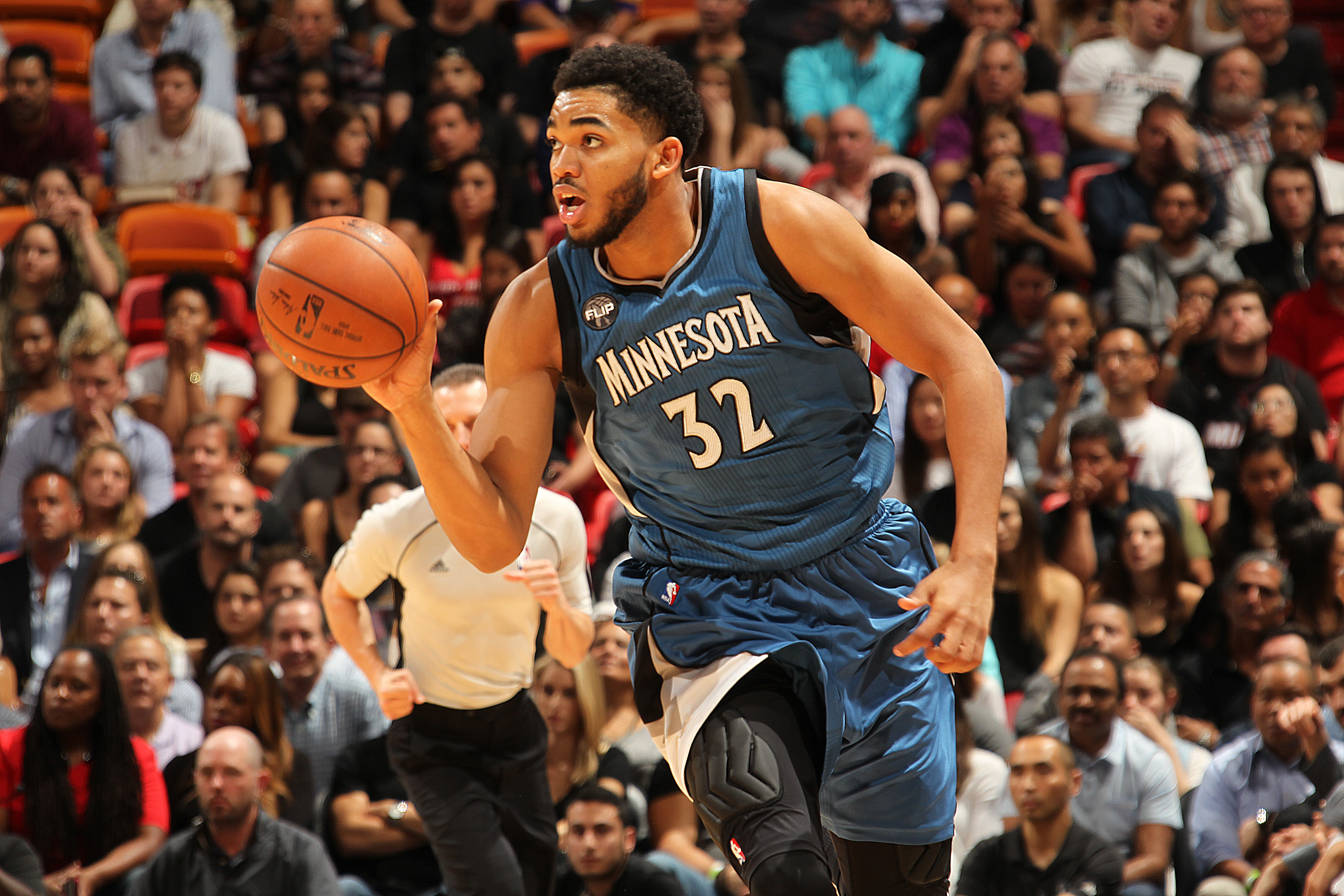