Three Up, Three Down: NBA Draft

The NBA Draft happened last Thursday and after much talk about who will go where, the picks are in and the reactions are in as well. There were many that were unenthused with their teams' selection, while others were fired up by the perceived genius of their front office. Well, with everything, there has to be some winners and losers. Let's take a look at the three up and the three down in regards to the NBA Draft!!!

The Suns had so many holes coming into this draft. All they had to do is not mess up. They almost did with the Zhaire Smith pick, but with the trade of that pick to Philly for Malik Bridges and the drafting of Deandre Ayton first overall, the Suns now have a big man who could command the paint and a shooter in Bridges with size and athleticism. It will also be interesting to see how their point guard they drafted in the second round, Ell Okobo, will adapt to the NBA. He will be in his first year here from France. All three fill needs for the Suns as they look to get better and climb out of the cellar. 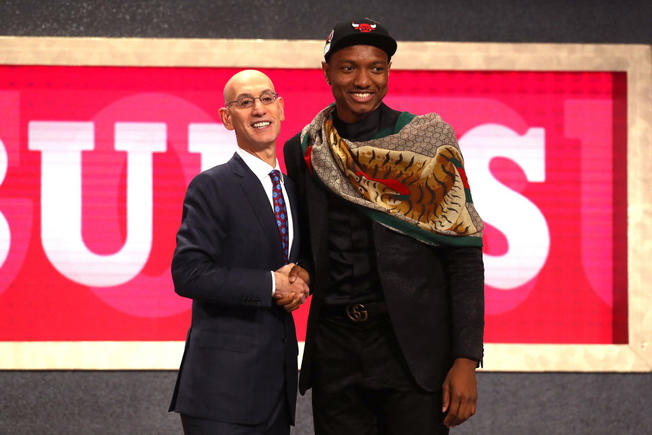 The Bulls came into this draft and stuck right to the script many had for them entering it, taking Wendell Carter Jr and Chandler Hutchison. In Carter, the Bulls get an athletic upgrade at center over Robin Lopez that can finish consistently around the rim. He may not start from the beginning, but eventually he will take over. As far as Hutchison, the Bulls get a guy that can finish at the rim, hit the jump shot and he can get other players involved in the game. Combine that with him being an experienced rookie (he played four years of college basketball at Boise State). With him around, the Bulls have added a potential playmaker on the perimeter and he could take a good chunk of Denzel Valentine's playing time. The Bulls got better with these two first round picks. 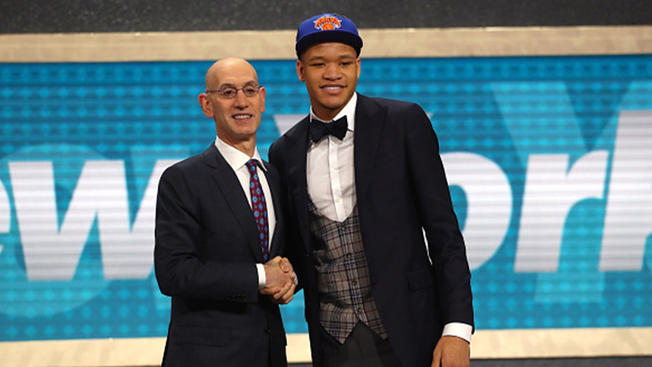 The Knicks usually are associated with getting a player no one wanted that high or someone no one knows about. Well, whoever was in charge of their scouting department was on to something this year. The Knicks have a hole at small forward and at center with Kyle O'Quinn and Enes Kanter becoming free agents along with Joakim Noah not being what they wanted. The Knicks drafted Kevin Knox to be their small forward and he can give them size at that position along with a pretty gifted scorer. He could potentially play the power forward position in a small-ball lineup to start the season, but either way, he can still dominate when he is feeling it. As for the center position, the Knicks took another youngster, Mitchell Robinson, who sat out the season amid eligibility issues. He may be raw, but he is athletic and can block shots, which the Knicks have not had out of a center in a while. The Knicks got younger and filled holes at the same time. How they develop is a whole other issue, but the Knicks got it right in the drafting department this year. 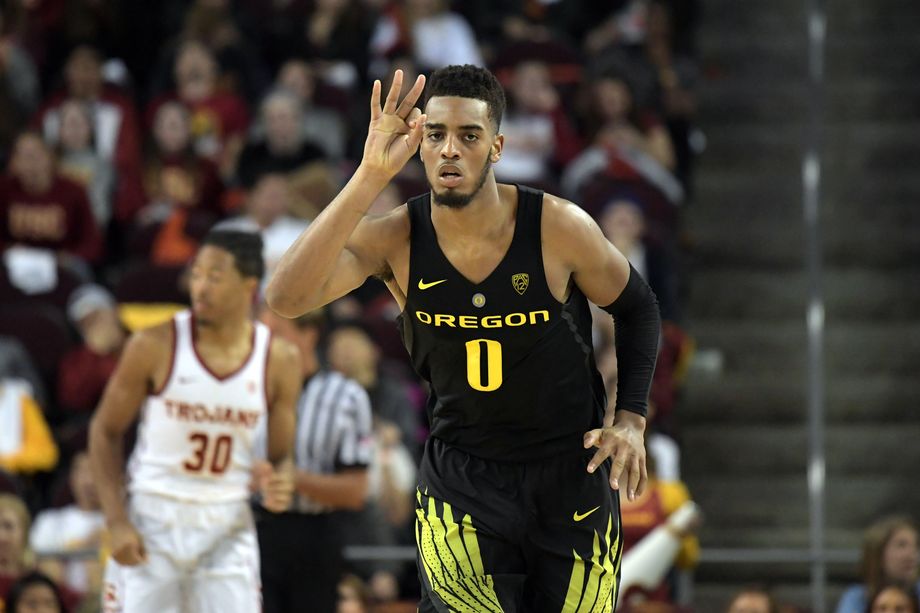 The Wizards have drafted Otto Porter Jr. and Kelly Oubre Jr. over the last couple of years. With them drafting small forwards and paying one of them (Porter) max money, you would think the Wizards would go to another position to build it up (preferably the post position). Well, think again because the Wizards drafted yet another small forward in Troy Brown Jr. No offense to Brown, but he does not fill a spot the Wizards need at this present time and he may not be a contributor for them this season. Add in that their second-round pick is more than likely a draft-and-stash pick, then you understand why some Wizards fans have to scratch their heads as to what their personnel department is thinking about. These draft picks will not be ones that help them this season and that is big because John Wall is a free agent after this season. The Wizards aren't showing him much to entice him to stay. 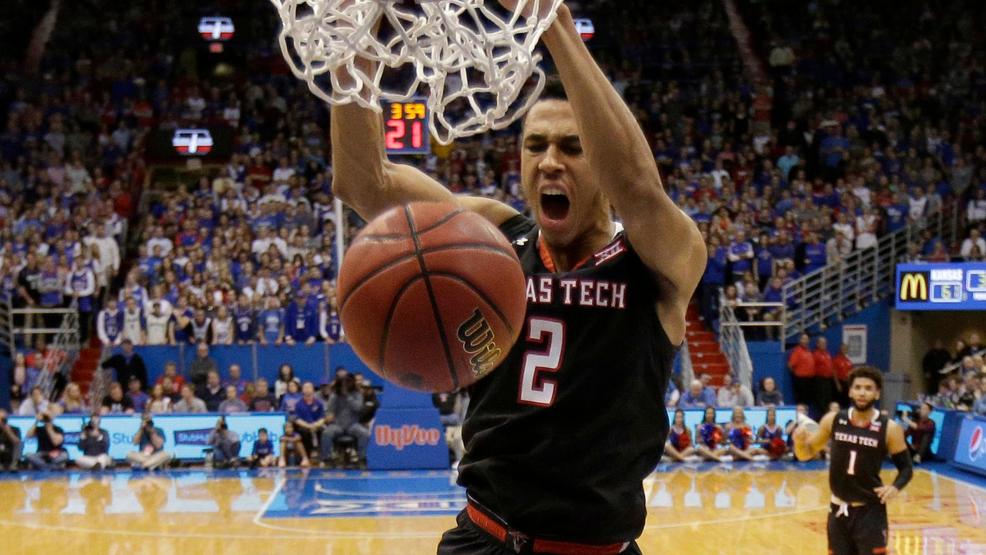 The 76ers made the playoffs and wanted to continue that momentum. They seemed to do so when they drafted Mikal Bridges with their lottery pick this year. Well, things only went downhill from there. Philly traded Bridges to the Suns for a pick that turned out to be Zhaire Smith. While Smith is talented, he is not a shooter and that is going to shrink the floor, especially if they don't bring back shooters like J.J. Reddick to their roster. Add to this pick them drafting two point guards and you have to wonder what's going on. And you also have to wonder if they are even thinking they are in the LeBron James sweepstakes anymore because they took on salary they did not need to in order to obtain LeBron's services. 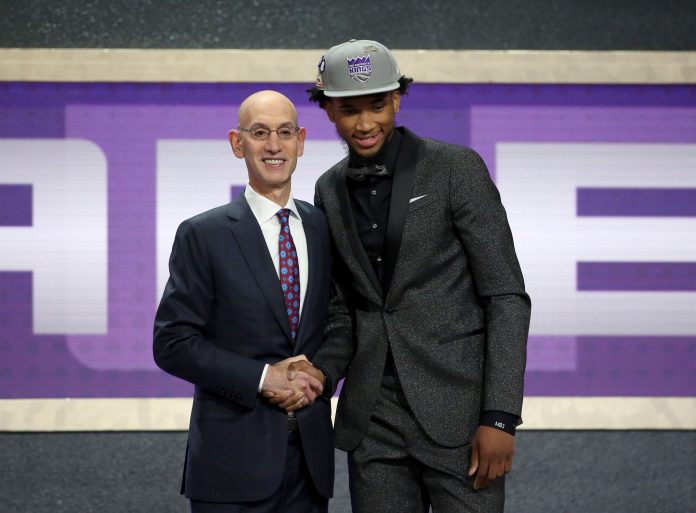 Marvin Bagley III is a talented power forward. He can quite possibly be a special player, but this thumbs down is not for him. The thumbs down is for this organization having a logjam at the power forward position that includes guys like Harry Giles and Skal Labissiere. With these three along with veteran Zach Randolph, you have to wonder why the Kings did not move one of these pieces to alleviate this logjam. It's going to be interesting to see how Vlade Divac along with Dave Joerger figures out this "superteam" rotation with how loaded they are at one position.

There were positives and negatives that stood out in this draft, but ultimately we shall find out in the end who was wrong and who was right.