Terry Stotts, Not Steve Kerr, Should Be NBA Coach Of The Year

A coach is many things. He is an encourager, a taskmaster, a friend and a psychologist all wrapped into one. Many coaches go their whole career trying to master that perfect balance and fail. But there are some that master it for a season and make magic. In the NBA, those coaches that make the magic happen are often named the Coach of the Year. And this year, there was a coach that was sitting on the sidelines for most of the best season in NBA history. His name is Steve Kerr. And he will be named the 2015-2016 NBA Coach of the Year according to reports. The Golden State Warriors were 73-9 this season and brought the league to its collective knees all season long. The Warriors offense, led by likely MVP Steph Curry, was like watching poetry in motion. And their defense was right on time, led by versatile defender Draymond Green. The Warriors were must-see television. But was Kerr really the best coach in the NBA this year?

Kerr was solid when he returned, but let’s not forget that he was missing in action for most of the season. The championship-winning coach had back surgery in the offseason and that led to him having some complications. Those complications led to headaches and other things that led to him not being able to stand on the sidelines and coach his team. So with him being sidelined, Luke Walton led the team to start the season. And although he was in consultation with Kerr while he was coach, he was the one making the decisions down the stretch of games and making in-game adjustments. Kerr eventually came back and was the coach of the team, but he was taking over a team that was already on a roll thanks to Walton. The young assistant coach led the Warriors to a 39-4 record. But despite Walton being the voice Golden State’s players heard on the sidelines, he gets absolutely no credit at all. In all honesty, he coached them the Warriors to a better record than Kerr this season (Kerr went 34-5 as coach). But the NBA is not going to give the award to an assistant coach. When Kerr receives the award for Coach of the Year, he should call Luke Walton out there to share it with him in all actuality. Walton deserves some credit for what this team accomplished.

The Warriors season was spectacular and may not ever be duplicated. But in all actuality, the award should not even go to Kerr but to Terry Stotts. No one even expected much from the Portland Trailblazers this season. Coach Terry Stotts was handed a team that had to replace four starters (Nicolas Batum, LaMarcus Aldridge, Wesley Matthews and Robin Lopez) and two key subs (Arron Afflalo and Steve Blake). The team signed forward Ed Davis and forward Al-Farouq Aminu this offseason and traded for some other players to fill out their team. And with that collection of talent, the Trailblazers were not expected to get above 20 wins. But due to the improvement of third-year guard CJ McCollum, the leadership of lone returning starter Damian Lillard and the play of the pieces around them led to a record that no one expected. The Trailblazers not only exceeded 20 wins, they doubled it and then some, getting 44 wins. And along with the wins, the Trailblazers ended up with the fifth seed in the NBA Western Conference. Much of that credit can go to the players, but there has to be a lot of credit go towards Stotts. He was handed a team that was expected to be bad and made them better. He played to their strengths, McCollum and Lillard, and fit all the other pieces around it. That kind of coaching and encouragement of his team deserves the Coach of the Year award more than Kerr does. The wins may be the only thing that some look at, but Stotts was as good as he has ever been as a head coach this year.

Kerr will be accepting the award for Coach of the Year, but that award is one that he should not have gotten. Walton was the one at the controls while Kerr was out due to his health. And Stotts survived the ravaging of the team to lead this team back to the playoffs. The Trailblazers actually finished with only seven less wins than they had last season with all that turnover. Kerr has a special run going in Oakland. But Stotts has had one special season considering all the circumstances he had to overcome. 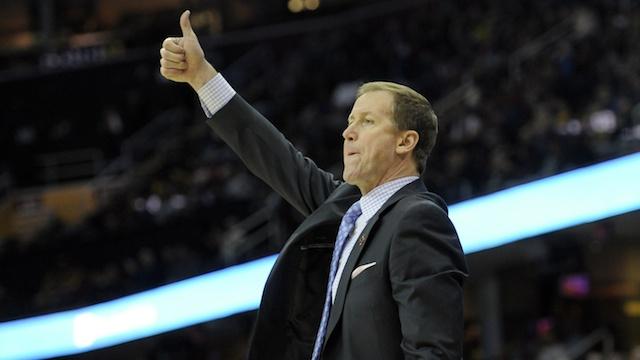