Who all remembers when you got in an argument with someone as a kid? There was plenty of talking that happened in those arguments, including some that would speak of what they would do to another. There were some that were down with what they spoke of and would actually make it happen when provoked to do so. But there were others that would not even bust a grape if things got physical. Not sure what everyone called that kind of talk where they grew up, but my dad used to say those guys that were active talking but not active defending themselves were selling "wolf tickets". Similar to wolf tickets, there is always someone that is ready to say something about someone in sports. The term "anonymous sources" has been said so many different times and yet no one has ever come outright and said the source's name. One guy that has his connections in the sports world is Stephen A. Smith. Remember, he was the first reporter that called LeBron to head to the Miami Heat back in 2010. But recently, Smith started his own little battle with the man some call King James.

Stephen A Smith was discussing the ongoing talk of Kyrie Irving requesting a trade on his podcast. Eventually, Smith said that Kyrie Irving's camp said they felt LeBron's camp leaked the news and that LeBron's camp told him that LeBron was tempted to beat Kyrie. Of course that news was everyone and was the only thing that many people could even talk about. So with news that big, did anyone really expect James himself to not hear about it? Eventually, James responded to those reports and said that it was not true and that whoever reported that needed to "get another source." At that point, Stephen A saw what LeBron said and needless to say, he was not happy. Smith went on his podcast again and was not the happiest of campers. He said that he would put even more out there about James, especially what he says is the real story about the 2010 second round loss to the Boston Celtics that James experienced his first go-round in Cleveland. Of course, Stephen A is frustrated about the comeback from LeBron James and any journalist having their credibility attacked is going to feel some type of way. But, as we have all seen, Stephen A does have a flair for the dramatic when it comes to challenges from players in regards to a report he makes and he takes it even up a notch when that happens. This threat sounds menacing to some people, but it more than likely will be a hollow one.

Stephen A is connected to a lot of athletes and his word is trusted by many. But along with his word being trusted by many, there are players that confide in him in regards to telling him information that the public probably has  no idea about. Well, let's say Stephen A gets out there and actually follows through on his talk and spills the information for the world to hear. If that happens, it could vindicate him and show that his word is real and believable on this matter between Kyrie and LeBron. That would make Stephen A feel good and there are plenty that would probably love him to spill this information, but that mood may be one that becomes temporary should Stephen A go through with it. Imagine how other players around the sports world would respond to Stephen A putting out there all that he knows. Do you think players would trust talking to him after him doing that? I can tell you right now players would think he is a pariah if he was to put all LeBron's dirty laundry out there and that would effectively end his scooping days. Stephen A may feel a certain way with the comeback LeBron had in regards to what he reported, but I don't think Stephen A is crazy enough to spill all the beans like he talked about. Remember, Stephen A went at Kevin Durant pretty hard too and that really did not amount to much either.

All that this mess amounts to in the end is a guy that got his feelings hurt and wants to get back at someone. Stephen A is in his feelings after LeBron responded to his reports and Stephen A seemingly spoke from an emotional place in his response on his podcast. What will more than likely happen is nothing in this whole matter. Stephen A will not air LeBron out no matter how much he was angry at him. He knows in his mind that he would be taking a serious chance with his career. So while there are some that are excited about the prospects of Stephen A letting all that he knows be known, I would suggest that they realize that they are being entertained. That information will never hit the light of day. 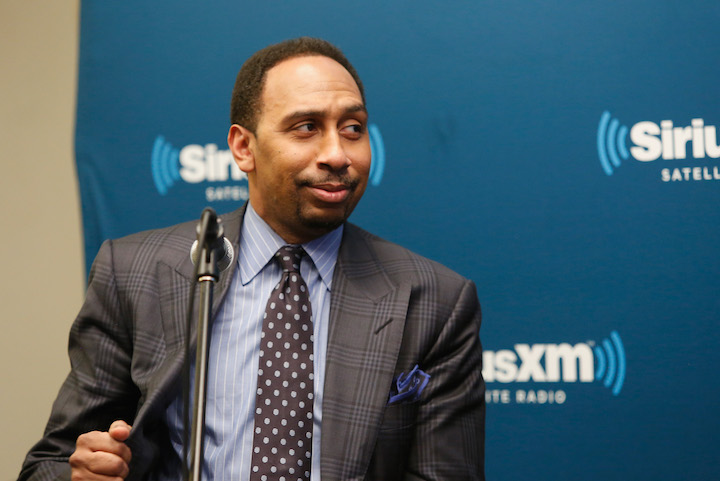