The Thunder Upgraded With Their Trade Of Serge Ibaka

The Oklahoma City Thunder are in limbo this offseason and next. Thunder small forward and NBA star Kevin Durant is a free agent this summer and is trying to make a decision on where he wants to be next year. Meanwhile, Thunder point guard and fellow star Russell Westbrook is a free agent in the summer of 2017. The decision of Durant is huge because his decision could change the whole dynamic of what is going on in Oklahoma City. Many are speaking of Durant and leaving to play in Golden State. The obvious is the amount of offense they would have there. But Oklahoma City made a move on draft night that is trying to show that they are serious about making this team deeper and still being a contender for the NBA title. Serge Ibaka was supposed to be the third scorer for Durant and Westbrook, but it just seemed like he never fit that role very well. So the Thunder have decided it is time to move on. The Thunder sent Ibaka and his $12.25 million contract for next season to the Orlando Magic for the services of guard Victor Oladipo, forward Ersan Ilyasova and the rights to 2016 1st round pick of the Magic, Domantas Sabonis. And with that, the Thunder changed the dynamic of their team.

The Thunder had guard Andre Roberson starting for them last season. Roberson is a good defensive player and that cannot be questioned about him. But what can be questioned is his offensive prowess. Roberson was constantly left open by defenders in the playoffs and especially against the Golden State Warriors. And unfortunately for Roberson, he could not make them pay when leaving him open. Plenty of times, the Warriors would use guard Dion Waiters to replace him in the lineup and give them a shot of offense. But with him being a restricted free agent this summer and the Thunder being capped out, there was really no way they could bring him back. By adding Oladipo to the fold, the Thunder now have his replacement. And with Oladipo, the Thunder actually get a better shooter than Waiters. Oladipo shot 43.8 % last season compared to Waiters shooting 39.9%. And in addition to the shooting, Oladipo also averaged 4 assists per game to Waiters' 2.5 per game. But Oladipo is not only going to add more offensively for the Thunder but defensively as well. The Thunder knew that Waiters was not a strong defensive player. But he was solid in trying to defend for some of his time there in Oklahoma City. In Oladipo, the Thunder have another guy that can guard his position better than Waiters and can defend both shooting guards and point guards. That in itself is huge for Oklahoma City and makes them a more versatile team defensively. And with him there, it gives them another ballhandler that can take some pressure off Westbrook handling the basketball.

But Oladipo wasn't the only piece that can help this team that was included in this trade. In losing Ibaka, the Thunder lose a player that was a solid rebounder. But let's be honest, the more Serge played with Oklahoma City, the more he got lost playing out at the three-point line and the less he became a good defender. With him gone, they now can slide Enes Kanter in the starting lineup and that will give them a guy that can give them production inside while Steven Adams can help out defensively covering up Kanter's shortcomings. But after that, the Thunder needed some more bigs to be backups to Kanter and Adams. Veteran Nick Collison is still there, but he is getting long in the tooth and he is not a guy that can help them offensively. And Mitch McGary is a guy that brings energy but no one else knows what else he does. So with the addition of Ilyasova and Domantas Sabonis, the Thunder got those backup bigs they needed that can add to both ends of the court. Ilyasova is a guy that can spread the floor like Ibaka could with his three-point shooting. But the main difference is that Ilyasova can make three's at a better clip than Ibaka can and he can do it in less minutes. He averaged 10 or so less minutes than Ibaka did and still gave whatever team he played for almost 10 points a game. That is instant offense off the bench right there for a team that needs more production off the bench. And that will help offset Kanter being in the starting lineup next season. As far as Sabonis, the son of Arvydas Sabonis, he is very talented and can score inside and out. The biggest question mark for him is his adjustment to the professional game. Collison or another big may take some of his playing time early, but eventually Sabonis will take that playing time and give the Thunder yet another weapon off the bench.

If Kevin Durant is taking a look at what the Thunder have done, he has to be smiling. Gone is Ibaka and his contract and diminishing talent. And in comes Sabonis, Ilyasova and Oladipo to Oklahoma City, giving them an upgraded version of what they had last season. Now that this move has been signed, sealed and delivered, Kevin Durant has a little bit more to think about when it comes to Oklahoma City and their title chances for next season. 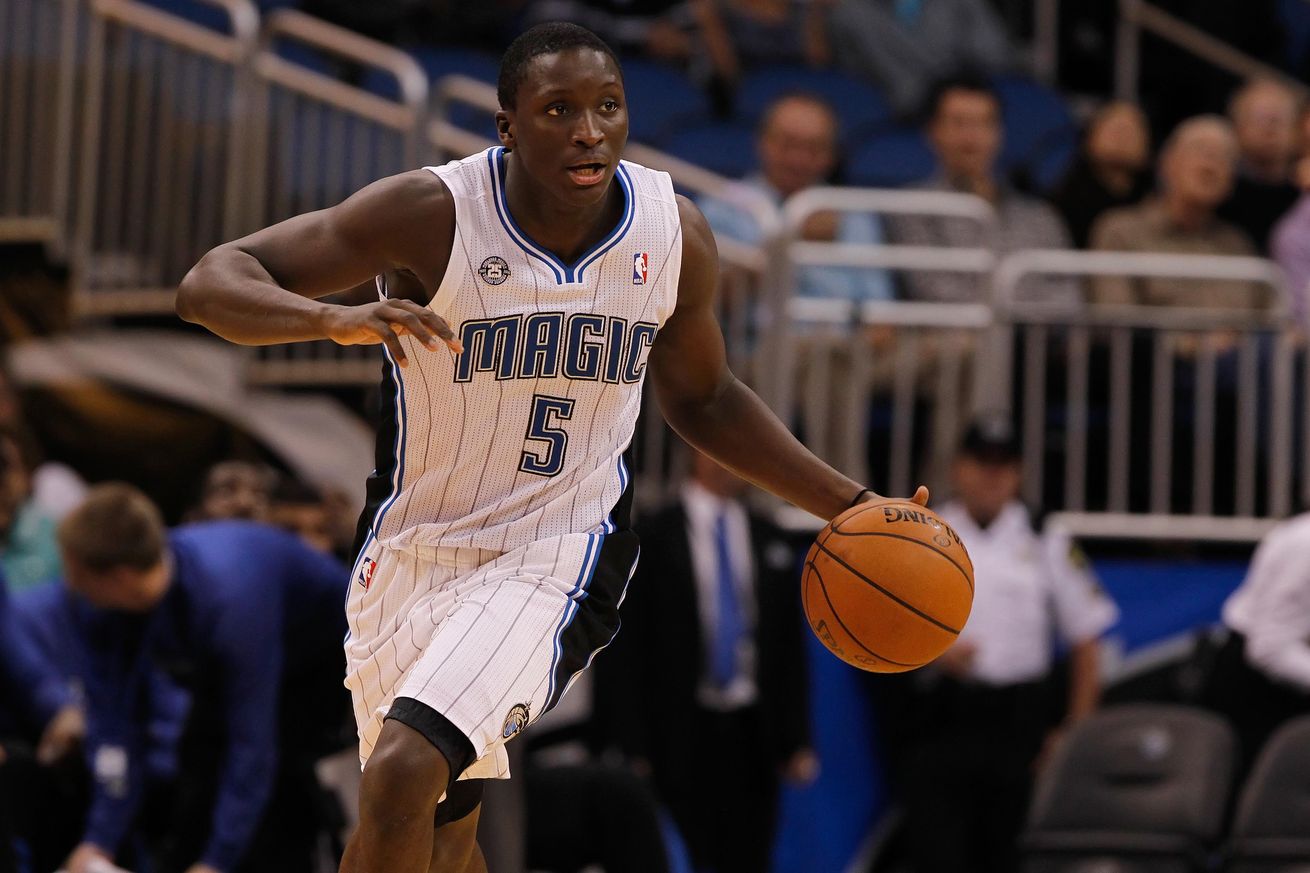