Back in the 2010-2011 season, Derrick Rose's career looked like it was about to skyrocket. He had led the Bulls to the top of the NBA's Eastern Conference and was named the MVP, averaging 25 points and 7.7 assists per game for Chicago. The hometown kid was the talk of the town and he was their own. The sky seemed to be the limit. But unfortunately that was the high point of the Derrick Rose experience. His career would be injury-riddled in Chicago from there on out until his exit via trade to the New York Knicks. As for Rose's time in New York, that was definitely a strange ride. Everything from leaving without letting the team know and missing a game to claiming he wanted to be with the Knicks after the 2016-2017 season happened in that one season in New York. As many expected, Rose was not the top priority for the Knicks this offseason and it seems like he was not a priority for many teams. While he has visited or spoken to a few teams, Rose has yet to find a place to play. While there are some that think he should retire, he actually played over 60 games two seasons in a row, so he is more than capable of still helping a team. Rose is definitely able to play, but he is having an issue finding a team that wants to bring him in.

The talent is still there within Rose. He can still run, jump and do amazing things with the basketball. But the problem is teams are either trusting young point guards or tying their money up in star-capable guards to lead their team. Rose is a solid point guard. He is far from the star guy he used to be, as the injuries have robbed him of the Russell Westbrook-like athleticism that he once had. But where is a good fit for him and will he be a starter or a bench player? Well, some of that depends on how much Rose is requesting and how much he believes in himself as a starting point guard still. If he believes he is a starter in this league, then there is one place that he could go to and still win games as a starter and that place is Milwaukee. The Bucks started Malcolm Brogdon and Matthew Dellavedova last season at the point guard spot. Delly is a backup and Brogdon is more of a shooting guard than a starting point guard. Rose could slide right in alongside The Greek Freak, Jabari Parker and crew to make them even more dangerous in transition. He also would not be very far from his son and his native Chicago either. Milwaukee is one of the teams that showed some interest in him this offseason and I can see the fit. But with the fit, I can also see him adding to their issues shooting the basketball.

Rose could fit in nicely with a team like Milwaukee perhaps, but there is also the issue of his durability. Plenty teams still fear that he will never be able to stay healthy enough to be effective for them while playing big minutes. With that being the case, another option could be available for him should he want to accept that role. Derrick has been a scorer for almost all of his career. Sure, he can dish the basketball, but his best contribution is scoring the basketball. The veteran point guard has been asked more times than not to score for his team. At big minutes with the reckless abandon he plays, his body has shown that it cannot hold up. So why not put him in position to succeed with lower minutes as a sixth man for any team out there. His responsibilities would be to come in and light the scoreboard up. Looking around the NBA, there are plenty of teams that could use that type of firepower coming in off the bench. Jamal Crawford has made a great career out of being a Sixth Man after trying to be a starter earlier in his career and he has definitely gotten paid very nicely for that. A teams like the New Orleans Pelicans could actually use his offense off the bench because they are deficient in offense off their bench.

Whether he wants to start or be a Sixth Man and what he wants to be paid to play are only questions that Derrick can answer with his agent in meetings. But for those that think he should not be playing should look at some of the backups that are scheduled to be playing in the NBA next season. For example, Raymond Felton is still hanging around and we know that Rose is better than he is. No offense to Pelicans' backup point guard Quinn Cook, but he is not better than Rose either.  And honestly, he could start in Milwaukee right now at point guard without question. We shall see what happens with Derrick Rose, but he surely should have been signed at this point. 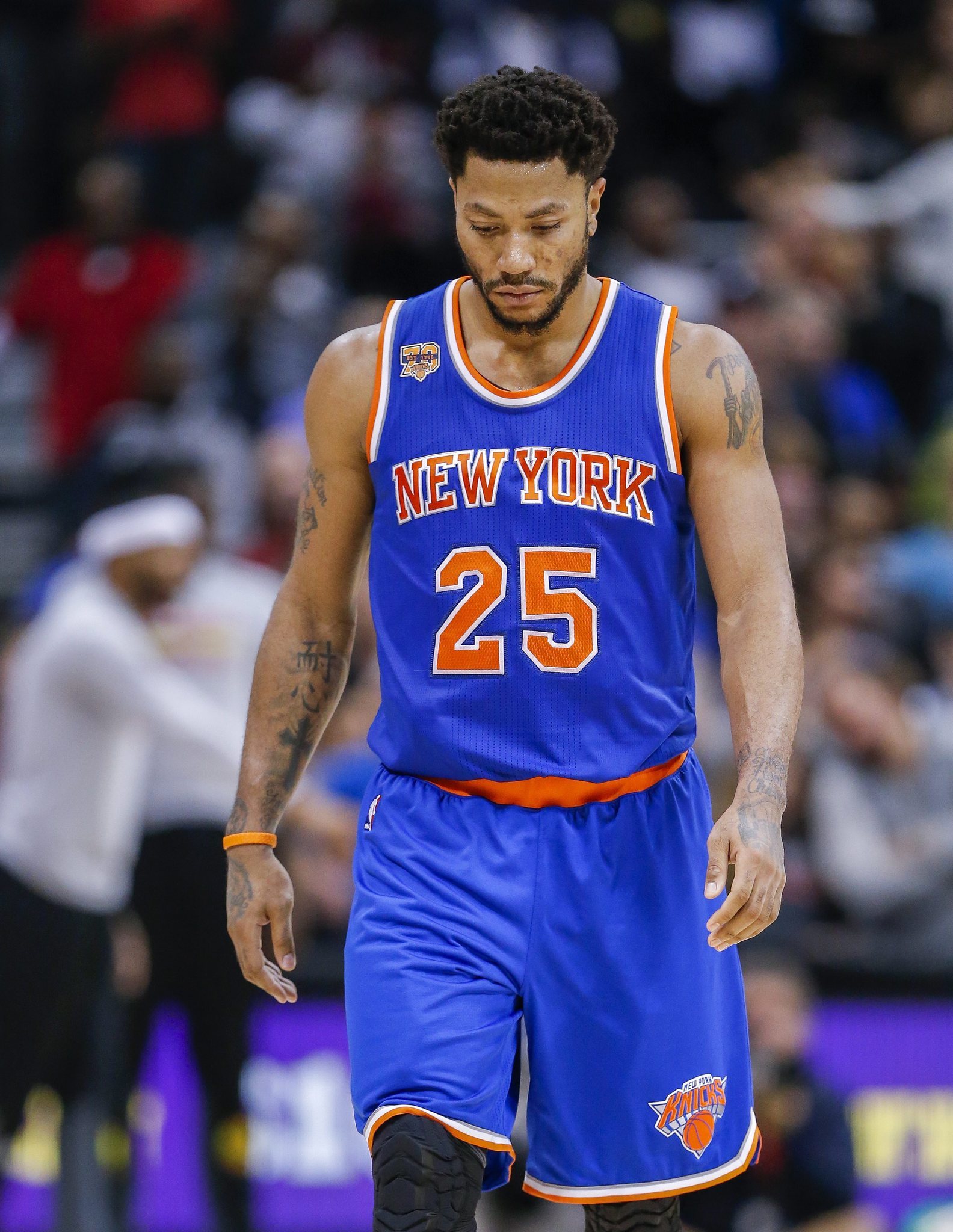