The point guard market this offseason had a few names out there. Guys like Jeff Teague, Kyle Lowry, Chris Paul and George Hill headlined what was a deep class in free agency. There was plenty of intrigue as to where all the point guards would land. Then, like clockwork, all of them began to land deals. Teague landed in Minnesota, Lowry stayed in The Six, Chris Paul actually opted into the last year of his deal and got traded to Houston and Hill decided to be a mentor to De'Aaron Fox in Sacramento as he signed a three-year deal with the Kings. All four were coveted but eventually were paid, but one point guard that may have thought he was going to find that money this offseason was still available. It seems like so long ago that Derrick Rose was the MVP of the NBA. Fast forward to now and Rose was still languishing in the free agency pool watching everyone else get a deal. As time went by, many began to wonder was he ever going to get signed to a deal or not. Well, finally Rose has found a team and he landed somewhere no one really thought he would land. It is being reported that Rose and the Cleveland Cavaliers have agreed to a one-year, $2.1 million deal. He landed with the Cavs at a cheaper price than he probably expected to land anywhere, but the question now is what does his role in Cleveland entail. To be honest, that role needs have the following statement by it: To be determined.

Derrick Rose' addition to the Cavaliers brought some of the same talk that has been around for most of his career post-ACL tear. The immediate reaction across social media was to bring up his injury-riddled past and despite him playing over 60+ games the past two seasons, all anyone can talk about is those injuries. So with that being said, the role he plays in Cleveland will go a long way to determine his health. Let's say that Kyrie Irving gets traded and the elevate Rose into the starting lineup. That move, unfortunately, would not be something that would benefit Rose very much. Rose is a slasher and he can make things happen when he gets in the paint. But unfortunately, the Cavs built their team around shooters. Although Rose is a playmaker, he is not a great three-point shooter. In fact, he has never shot over 30% from three-point range in his career. Although LeBron shot the basketball uncharacteristically good from beyond the three-point line last season, but can we expect him to do so next season? My guess is no. Adding Rose to that lineup with Tristian Thompson in there makes the Cavs a little more limited offensively in regards to their starting lineup and that means that they are really vulnerable.

Adding Rose as the starter would not exactly be a good thing for the Cavs, but what if they are able to trade Kyrie Irving and they get back a point guard in return. Let's just say Kyrie gets traded to Phoenix and the Suns send back Eric Bledsoe. The dynamic point guard out of Kentucky would definitely start for the Cavaliers. His explosive ability along with vision on the court at times can be very nice. Along with his offensive abilities, Bledsoe can be a pest defensively. With how bad the Cavs were defensively for most of the season last year, he would be a welcomed site there. If they are to hypothetically add Bledsoe, then that also allows the Cavs to bring in Rose off the bench. If you take a look at the Cavs bench, they are a veteran group of guys that can shoot and pass the basketball, but none of them are explosive enough to make plays. Well, the addition of Rose off the bench would provide them with a playmaker off the bench and if they employ him right, he could be a huge factor from that aspect. Essentially he will not be going against top-level players like he would as a starter. Additionally, he will play less minutes which will give Rose a better chance of staying healthy over the long haul. If head coach Tyronn Lue is smart, he will tell Rose to go get buckets when he is inserted off the bench. Plenty forget that he scored 18 points per game last season as a starter last season. He might be limited shooting the basketball, but the team the Cavs can put around him coming off the bench will make his lack of range shooting become a non-factor.

The Cavs are definitely taking a chance with Rose, albeit a low-risk chance. For them to get what they want to get out of him, they need to eventually define his role with the team. Rose, despite his injury history, is still a talented player that can cause problems for defenses. The challenge is for Cleveland to put him in position to get the most out of what he can offer. Of course, how he is used will depend on the resolution of the Kyrie Irving situation and if they trade Irving, what they are able to get for him. The interesting offseason in Cleveland just gained a little more intrigue. 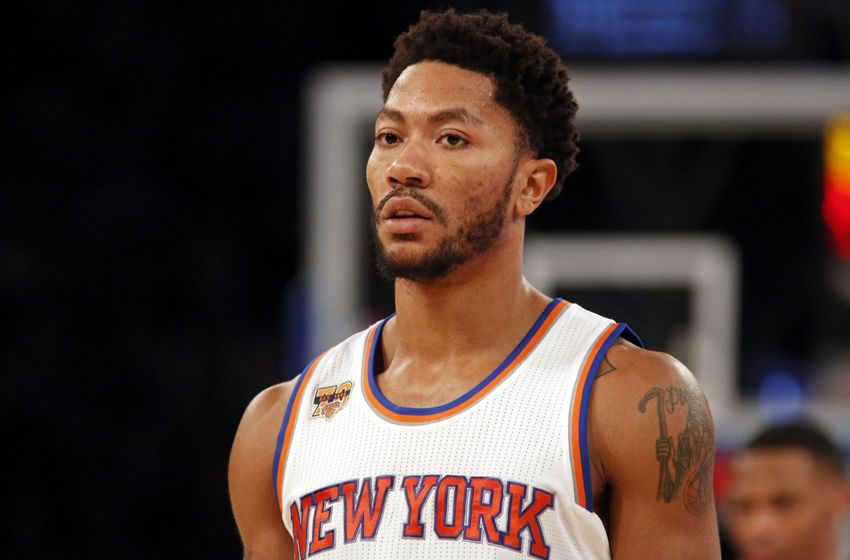