Robin Thicke started off the son of a famous actor when he began in the music game. After a first album that did not do well, where he grew out his hair and did something a little differently, Thicke went to his customary short hair and the label groomed him to be a crooner. Well, that second album may have took a little longer than anyone thought to come out, but it was well worth it for him. Thicke broke through mainstream and the rest was history. The song that song would was his breakthrough hit was his second single off that sophomore album, titled The Evolution of Robin Thicke. "Lost Without You" was a ballad talking about love and the feeling of not being without the one you love. It would rise as high as number 14 in the US Billboard Hot 100 and would signal his arrival in the music industry as a performer and it would also signal him a crooner in the music business. Much like Thicke was lost without his love, the Bulls appear to be lost without point guard Rajon Rondo. The veteran point guard joined the Bulls this pst offseason and despite the bumpy ride, he was the straw that stirred the drink when it came to playoff action. The Bulls got out to a 2-0 series lead as the eighth seed versus the top-seeded Celtics and Rondo was definitely the ring leader of the surge (was averaging 11.5 points, 10 assists and 8.5 rebounds through two games). But due to a thumb/wrist injury, the tables have turned on the Bulls.

Rondo kept playing in the second game of this series despite feeling some discomfort in his right hand. After Game 2, Rondo had it looked at by the medical staff and they determined that it was a thumb fracture with another issue going on with his wrist. The result of that visit meant Rondo would be out indefinitely and not available for the Bulls. With Rondo leading Chicago offensively, the Bulls could dictate pace to the Celtics. They were pushing the pace at them and that was directly because of Rondo. But when the transition bucket was not there, he would survey the defense, often getting his teammates better shots or find one of his own. His loss is huge for the Bulls. Defensively, Rondo is missed because he rebounded well for his size and helped advance the basketball up the court. Along with doing that, he was holding his own against Boston's Isaiah Thomas and he was the coach on the floor making sure that things ran smoothly. With him gone, the Bulls have tried Jerian Grant and Michael Carter-Williams to fill his void to no avail. Both have struggled with bad decision and bad shot selection and have not gotten the offense to run smooth at all. The result is the two losses the Bulls have gotten and the disjointedness that they have displayed on the offensive end of the court.

The Bulls look a whole lot different than they did to start the series versus the Celtics and right now, all the momentum is leaning towards Boston. But all hope is not lost for the Bulls just yet. In Game 4, the Bulls finally found something that worked. They decided to stop playing Grant and Carter-Williams and they tried seldom-used point guard Isaiah Canaan. The veteran point guard is not known as a playmaking point guard, but as a shooter. So instead of him handling the basketball, the Bulls put the ball more in the hands of their playmakers, Jimmy Butler and Dwyane Wade. The results was an offense that runs a little smoother and has more people engaged instead of standing around. So with that now being known, there are a few suggestions that could help them. The Bulls could start Canaan and keep Wade and Butler at the shooting guard and small forward position. But what they could really do to mess with the Celtics is move Wade to the starting point guard position, move Jimmy back to shooting guard and then slide in rookie Paul Zipser at the small forward position. That lineup would keep the Bulls athletic but also make them bigger. Wade and Butler could run pick and roll and get Celtics star Isaiah Thomas put in the paint, guarding either guy. On the defensive end, it would allow a bigger body to stay on Thomas during the game and make it a little more difficult for him to function. Another great thing about this starting lineup would be that Canaan can stay coming in off the bench and the rotation there would not be affected hugely.

The Bulls are a team searching for answers and hoping to find them before Game 5 comes. If they want to have their best chance to win, then they should put the basketball in the hands of Butler and Wade as often as possible while Rondo is out. These two guys are the ones that can help their teammates get better and easier shots. In a series of adjustments, the final games are coming upon us. The question is which coach will make the right adjustment at the right time. Whatever decision is made, the Bulls hope it will be one that helps them get back on the winning side of things and give them a series victory. 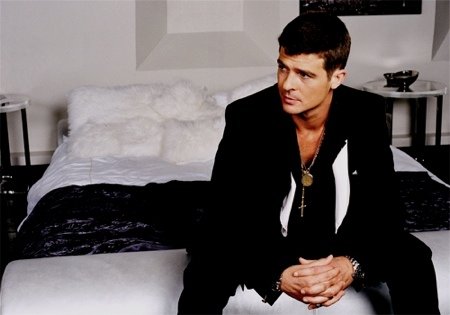