A Small Change With A Big Result?

The New Orleans Pelicans were not what many thought they would be last season. With one of the best players in the NBA in Anthony Davis, there were plenty that thought they would at least make the playoffs. Unfortunately, things did not go the way the Pelicans wanted them to. The Pelicans started off the season slow and were struggling to be in the playoff race. They tried to boost their playoff chances by acquiring center DeMarcus Cousins from Sacramento at the All-Star break thinking that they would make a run to the playoffs with their new addition. Unfortunately, that did not happen, as the Pelicans were not able to fully integrate Cousins in a system that was made for fast-paced offense. Davis still got his numbers, but Cousins looked a step slow and a dollar short on the court. Add to it that the Pelicans had little to no depth and they finished right where they started before Cousins was acquired: outside the playoffs. Many wondered what they would do this offseason. They have two very good big men in Cousins and Davis, but the guard play was lacking. The Pelicans had a decision to make on guard Jrue Holiday and limited funds on whoever else they wanted to bring in. Well, they decided on Holiday, signing him to a five-year, $126 million contract (fifth year of the contract is a player-option year) for what many thought was him being the starting point guard in New Orleans this season. One additional signing through a wrinkle in that entire thought.

The Pelicans decided to take a chance this offseason on a veteran point guard that can facilitate an offense. His name: Rajon Rondo. Plenty thought of his signing as a sign the Pelicans were finally going to try and solidify the starting point guard spot. Well, they solidified it, but not in the way that people would think. Pelicans head coach Alvin Gentry announced that Rondo would not only be added to the team but that he would be the starting point guard of the Pelicans next season. His addition at the starting point guard means that Jrue Holiday will now be playing the shooting guard position. Instantly, the Pelicans have gotten better at the shooting guard spot. Sure, they got solid scoring from Jordan Crawford once he was brought to the team last season, but other than that, there was a severe lack of efficiency at that position in New Orleans. The combination of Buddy Hield (who was traded from to Sacramento in the Boogie Cousins deal) and E'Twaun Moore was inconsistent at best and both were bench players. Moving Rondo into the starting lineup and sliding Holiday to the shooting guard position gives the Pelicans an immediate upgrade at the shooting guard position and with Rondo feeding him the basketball, he should get plenty of opportunities to score the basketball, taking the ball-handling duties off his hands for the most part.

All that sounds good for New Orleans in regards to how Rondo and Holiday fit as the starting backcourt of the Pelicans. But not everything will be peaches and cream for those two playing in New Orleans. For those that are not familiar with Rajon Rondo, he can have some moments that make you scratch your head. He can be a coach on the floor but he can also be a pain for a coach. Two of his last three stops have him not exactly seeing eye-to-eye with his head coaches. So with Alvin Gentry there as coach, it should be interesting to see if he allows Rondo to control the flow of the game. If he does, then I believe Rondo will not have many issues there. But if he tries to run things and not allow Rondo to do his thing, then there could be some issues there between those two. As far as Holiday, he is talented and should do some good things as a starting shooting guard, but there is one issue with him moving to the shooting guard position. Holiday is a guard that is used to having the ball in his hands more than moving without the ball. The only time he does not have the ball is when he was passing it inside. Other than that, he did not move very well without the basketball and that could be an issue. With Rondo, he can get some easy shots if he cuts and moves without the ball. The challenge for Gentry is to create ball movement while focusing on the talents of Davis and Cousins.

The Pelicans still have a hole at the small forward position with Solomon Hill, but they at least made their backcourt better with re-signing Holiday and adding Rondo. A lot of what happens next season rides on how Cousins and Davis co-exist on that team, but the pairing of Rondo and Holiday will also be a crucial part of their success or failure. Both can push the ball up the court and lead the break which is a positive, but both are used to running the show. New Orleans may not have had a lot of extra cash to spend this offseason, but they surely made themselves a little more interesting for the 2017-2018 season. 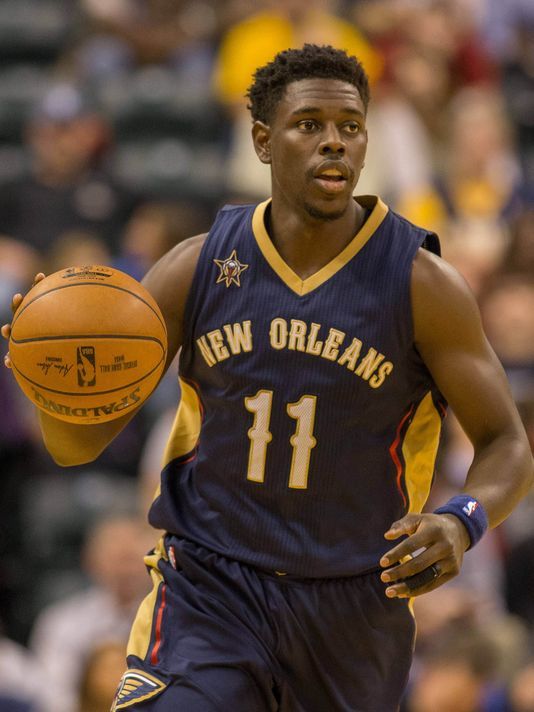