The Rondo Benching Reveals The Bigger Issue In Chicago

The Chicago Bulls started off the season playing well with their new additions. Veteran shooting guard Dwyane Wade was fulfilling his role as the second scorer and mentor to Jimmy Butler very well. And veteran point guard Rajon Rondo was playing solid basketball, pushing the tempo and leading the team on the court. But all those good feelings that happened to start the season have all gone by the wayside now. The Bulls are floundering bad as Chicago is currently 18-18 and barely hanging in the playoff race in the Eastern Conference. Despite one hiccup, Rondo had been on his best behavior for the most part with the Bulls. But apparently he did something wrong. Recently, Bulls head coach Fred Hoiberg decided that taking Rondo out of the starting lineup was the right thing to do. And in doing so, he not only took Rondo out of the starting lineup but out of the rotation as well. The last three games, Rondo has not even gotten up off the bench to check in and play while young players Michael Carter-Williams and Jerian Grant have assumed the point guard duties. The Bulls are playing no better without him in the lineup, which leads me to wonder why he was even brought in to begin with.

Rondo has been a testy player over his career. He has had issues with seemingly every place that he has been. The attitude that made him the player that he became in the NBA is also the guy that became infuriating to coaches along his basketball journey. But those were things that the Bulls knew about him before they signed him. Along with those things though, there are some positives that go along with what he does as well. Rondo can push the tempo, make things easier for the players around him and he can also be the quintessential floor leader. But it seems that for all the positives that he can bring on the court, the Bulls did not allow him to really take advantage of what he could do. The Bulls have scored around the same amount of points that they did last year, which is 101 points. And they would actually be scoring much more if Hoiberg realized that this team cannot shoot. You would think if you were the coach of the worst three-point shooting team in the NBA that you may want to push the tempo more to get easier shots. But instead of doing that, Hoiberg would rather come down and run set plays all the time. With Rondo, that is not exactly the thing that makes him the best at this time. And with finishers on the wing like Wade and Jimmy Butler, why not have them fill the wings and put pressure on the defense to get back?

But instead of doing that, Hoiberg wants to blame the offensive issues that he feels this team has on Rondo. True, Rondo has not hit many outside shots and he has not had a truly outstanding game for the Bulls this year. But it isn't like the backups have been great shooting the basketball this year either. Michael Carter-Williams, who just got back healthy and was inserted into the starting lineup, is not shooting over 26% from the field and is at 20% from the three-point line. And with Grant, the Bulls are getting 36% shooting form the field and 30% shooting from the field. Neither are very impressive and neither have really done much more than Rondo has. But leave it to Hoiberg to say the benching of Rondo was purely a basketball move. If it was a basketball move to begin with, Rondo would either not be there or playing right now. It seems like the Bulls were inconsistent on what they wanted to do and now they look to have wasted $14 million to bring in someone that they were not going to use properly.

This mess along with the Bulls current record does not really all weigh on the shoulders of Rondo. He is a talented point guard and this team is a talented. But they should be playing better than what they are. The team and their play if a reflection of the coach and it seems that Hoiberg simply does not understand what his team does and does not do well. And at this point with the Rondo decision, he seems like he does not even want to understand them either. If he keeps on forcing his way instead of adjusting, then he could be receiving his walking papers soon. The Rondo decision is not the worst decision in the world, but the culmination of his benching and the play not being better tells us all something about the guy patrolling the sidelines in a suit. 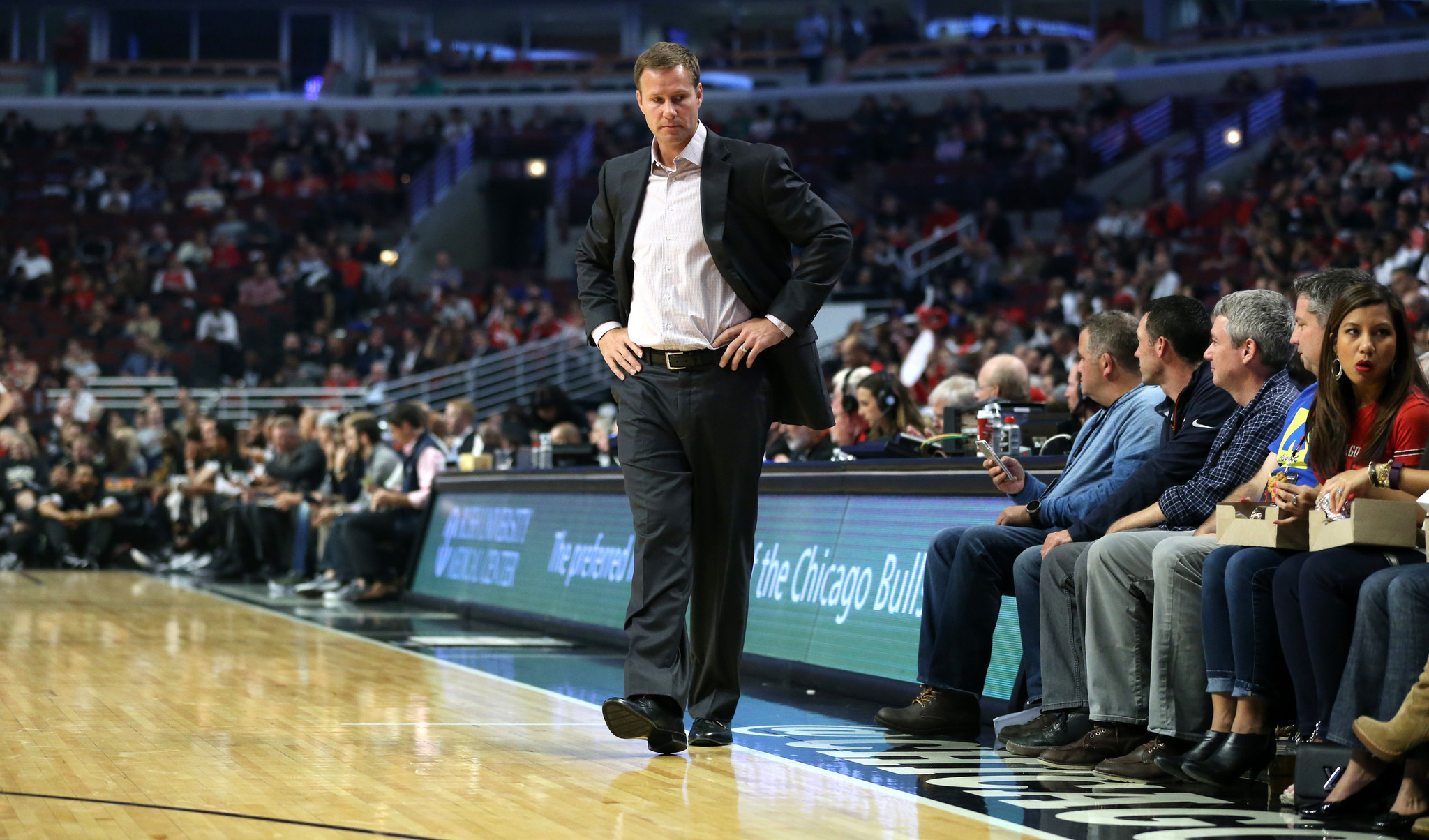