Portland Has No Answers For Golden State

The Portland Trailblazers are somewhere no one expected them to be. The thought was that Portland would eventually succumb to the Los Angeles Clippers, their opponent for the first round of the playoffs. But little did we know a little luck would fall their way. The Clippers would lose point guard Chris Paul and power forward Blake Griffin in one game and that swayed the balance of power in this series. The Trailblazers would eventually handle a lesser Clippers team in six games, moving to the second round. Their prize for winning their opening round game: the Golden State Warriors. The defending champions have steamrolled the competition all season long, leading up to a record-setting 73 wins this season. And they started the postseason with a sweep of the hapless Houston Rockets, ending their season. Needless to say, the deck was stacked against the Trailblazers. The only thing that went in Portland’s favor is that reigning MVP Steph Curry was injured and not able to play to start this series. But is it even possible for the Trailblazers to win a game in this one?

In Game 1 of his series, the Trailblazers were never in that game. Portland was all out of position the entire game while defending Golden State. And it looked like the Warriors were just keeping the Trailblazers at arm’s length. The main person that was making it happen versus Portland was star shooting guard Klay Thompson. He would knock down three after three, each one adding to the emotional distress of fighting a losing battle for Portland. Offensively, star point guard Damian Lillard led the way with 30 points, but he shot only 31% from the field. And his second fiddle, CJ McCollum, only registered 12 points while shooting 29% from the field. With their two stars not consistently making shots and the Trailblazers not being able to stop the Warriors and Klay Thompson offensively, Portland went down 116-106 in front of a soldout crowd. That game was not their best effort and it was almost like they gave it away. So you expected a better effort in Game 2. And that is just what the Portland fans got from their team.

Lillard, McCollum and the Trailblazers were ready to go and the Trailblazers team was fired up. They started the game by gaining at least a 15 point lead. Portland held that lead going into the fourth quarter. Lillard and McCollum were doing their best to keep the Warriors at bay while getting other teammates involved. But eventually all those tough shots they were making early in the game began to fall short. And Portland ran out of gas offensively. Golden State was able to overcome the shooting of McCollum and Lillard. Defensively, the Trailblazers made it happen, guarding Thompson with Mo Harkless. The youngster out of St. John’s played him well despite the foul trouble and he made things difficult for Klay. As a result, Klay would only shoot 7/20 during the game, but four of those shots that he hit in the second half were threes, offsetting the 6/11 three-point performance of Lillard.

The Portland Trailblazers actually played better Tuesday night than on Game 1. They shot the ball better and defended better. And in each game, they ended up taking a loss. Of course, it is going to help Portland that they are going home. And they have beaten the Warriors this season at home, which has been a tough feat for many. But how much better can they play? Can they get consistent help out of their bench and a star performance from someone in the supporting cast? Whether they find the magic or not, they have a tall task ahead of them. 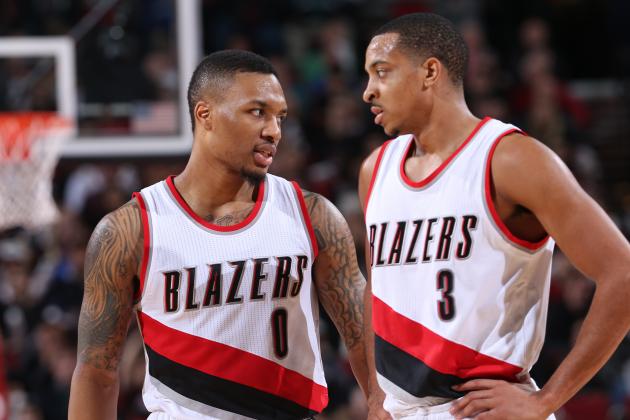