Bobby Portis Has Got His Mojo Working

This day and age, plenty don't know who McKinley Morganfield aka Muddy Waters is. Born in 1913, Waters grew up in the South. But a move to Chicago in 1943 would take him to new heights. He would end up signing with Chess Records and from there, he would become what many know as the "father of modern Chicago blues". Muddy Waters is now in the Rock N Roll Hall of Fame for all the great things he could do with his voice and his instruments. He had four songs that were listed among the 500 Songs That Shaped Rock and Roll. There was "Rollin' Stone", "Hoochie Coochie Man" and "Mannish Boy", but there was one other song that could not be forgotten and that song was "Got My Mojo Working" that was recorded back in 1957. The song spoke of getting his mojo working but it not working on a particular woman. Well, Bobby Portis is not exactly trying to woo anything that we all know of. But he is definitely trying to get his mojo back on the court. In Game 1 versus the Celtics, the eight-seeded Bulls were able to pull out a victory versus Boston. Jimmy Butler was special in the fourth quarter, scoring 15 of his 30 points in that stanza. But it was the play of Portis that was huge on Sunday and helped the Bulls secure the 106-102 win.

Portis was selected 22nd overall in the 2015 NBA Draft by the Bulls. The thinking at that time was that he would be next in line to start at the power forward position. In the 2015-2016 season, he showed flashes of what he could be. He had a midrange jump shot and he could shoot all the way out to the three-point line. But he was not exactly in the greatest place to get playing time, as he was behind veterans like Pau Gasol, Nikola Mirotic and Taj Gibson. He would only garner seven points per game on 17 minutes per game. With what he showed his rookie season, there were some that had optimism that he would get an expanded role in this offense. But again, Portis would be stuck behind other players. The Bulls would acquire Robin Lopez from the New York Knicks and add him to a front line that included players like Mirotic, Gibson and Cristiano Felicio. The minutes again were not really there for Portis. He did not have the trust of his coach and despite his offensive skills, he was not getting in the game during meaningful minutes. The result was a perceived lack of awareness and not a care in the world from Portis. His lack of attention to defense at the time did not bring him much favor among his coaches when he was in there either. There went Portis, looking like the Bulls wasted a draft pick on a guy that could not produce. But little did we know a trade deadline move would get him back in line.

When Doug McDermott and Taj Gibson were traded to the Oklahoma City Thunder, that meant there was one less guy at the power forward position. Gibson, Mirotic and Portis was a logjam, but having only two of those three was a solid arrangement to work with. The Bulls would try to figure out how to make that combo work for them, starting Bobby Portis first. But eventually, the Bulls decided to bring in Bobby off the bench in favor of Nirotic. The result has been great production from Portis from the month of March and April. He has come off the bench with energy, purpose and has given them a scoring punch, averaging 10.3 points a game in March and April off the bench. Not only has he been playing with energy and purpose, but he has been playing with confidence as well. Before the trade, Portis would look energyless and not ready to play. But now he knows he is going to play and that has made a world of a difference. Portis has gone from a nobody off their bench this year to a valuable asset and in Game 1, he surely showed how valuable he can be.

Portis is still a young man in the NBA. He still has some things to learn and that comes with any young player that arrives in the NBA. But with what he has shown in March, April and the first game of the postseason is something that people have been waiting for him to show again. But along with him showing up and showing out in the game versus the Celtics, they need him to show up consistently. He has made strides there, but Portis still has a ways to go before we call him supremely consistent. 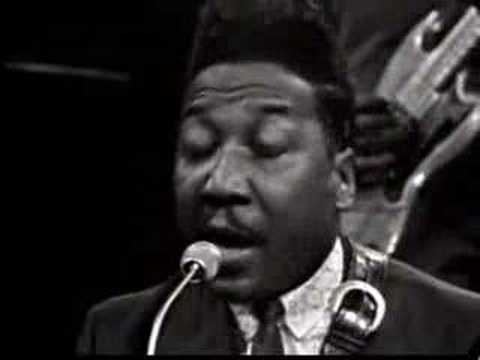