The NBA’s Eastern Conference has been better than its been in the past this year. Cleveland was the big dog in the conference to start the season, but now many have picked up their chase for them. Teams like Toronto and Boston believe they have a chance and so does Miami. That first step starts with Round one. Let’s dive into each matchup. 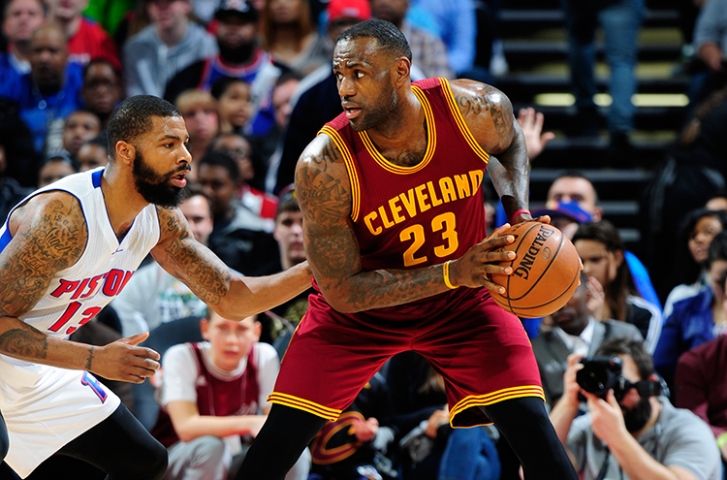 How Cleveland can win: Continue to be who you are. As long as LeBron is being LeBron, Love is engaged in the offense and Kyrie is exhibiting his wizardry, then the Cavaliers could dominate the Pistons. And of course, the Cavaliers have to move the basketball.

How Detroit can win: The Pistons are made in the image of Stan Van Gundy’s Orlando Magic team. With that being said, the Pistons have to shoot the ball well from three-point range, Reggie Jackson has to be the explosive player he is, and Andre Drummond has to be a beast on the glass versus the Cavaliers.

Cleveland: Timofey Mozgov has lost his starting spot to Tristian Thompson. But that does not mean he cannot contribute. His size could affect Drummond and help keep him off the boards. If Mozgov is able to do that and give the Cavs 8-10 points, then he would be huge in the Cavs winning this series.

Detroit: The Pistons have their leading men of Drummond, Jackson and Tobias Harris. But the guy that no one is thinking about is Marcus Morris. The versatile big man can match the shooting of Kevin Love as well as finish inside. And if he gets going along with the other weapons the Pistons have, then the Cavs could have a tough series on their hands.

The Outcome: The Pistons will play a physical brand of basketball centered around pick and roll offense with Reggie Jackson and Andre Drummond. Depending on the shooting surrounding them, the Pistons have a shot. But ultimately, LeBron James will get it going and spread it around to Cleveland’s collection of talented players. The Pistons will fight hard, but this is just not their time at this point. 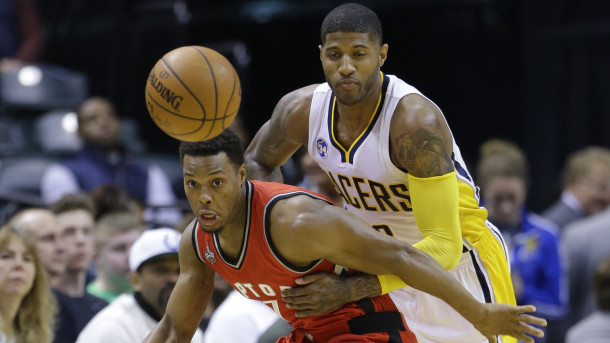 How Toronto can win: Simply be who you are. Raptors guards Demar Derozan and Kyle Lowry have been leading this team all season long. And these two clearly have the advantage over Monta Ellis, George Hill, Ty Lawson and whoever the Pacers want to roll out there against them. If these two come out and dominate, the Pacers are in serious trouble.

How Indiana can win: Paul George has to be special. Not only does he have to be special on the offensive end, but on the defensive end as well. If he can come out and be the early MVP candidate he was to start the season, then the Raptors will have an issue. And because of the attention he may receive, that would free up other players on the Pacers roster to do damage.

Indiana: Myles Turner has the ability to be special. He has size, can shoot the basketball and has great athleticism. Monta Ellis and Paul George will get their share of points, but the abilities of this rookie could tip them over the scales if they are to pull and upset. 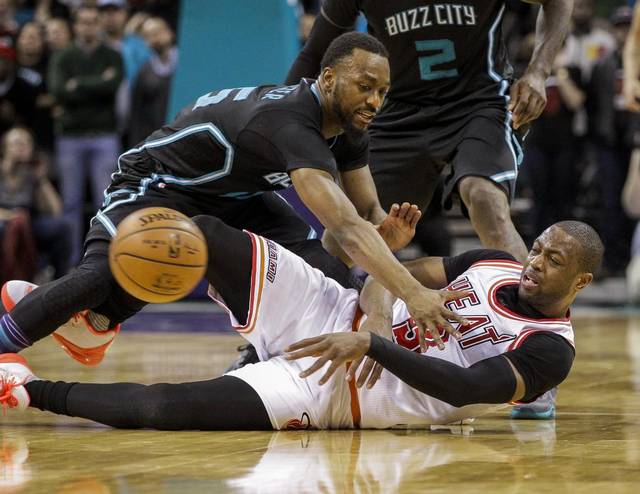 (photo courtesy of the Charlotte Observer)

How Charlotte can win: Kemba Walker has to be special. In fact, the whole team must be. They can shoot the basketball this year and that gives them the advantage. But even more than Kemba, the Hornets should use the big man they have in side: Al Jefferson. He may not be the same, but it is still worth it to use him and his talents in the post.

How Miami can win: The Heat have gone small since losing Chris Bosh a little over halfway through the season with an injury. The Heat must continue to push the tempo and get some easy baskets. That along with the play of Goran Dragic will help them keep the Hornets on their heels.

Miami: Josh Richardson has played very well for the Heat since getting his opportunity. And even though he is a rookie, he is certainly capable of having a big series. And on the flipside, the Heat could also use Richardson on Kemba Walker defensively. And that could also cause some issues for Charlotte.

Charlotte: Courtney Lee was acquired to help strengthen the Hornets’ backcourt and this is the series that he can show that ability that made the Hornets want to go get him. If he is able to hit his outside shots, his game will only get better from there.

The Outcome: The Hornets caught a huge favor with Chris Bosh not being in uniform. And with that, they will try to spread the Heat out. Sometimes that may work, but not enough for them to not adjust. The Heat will have some moments in this one, but ultimately, Miami will hang on and win this one. 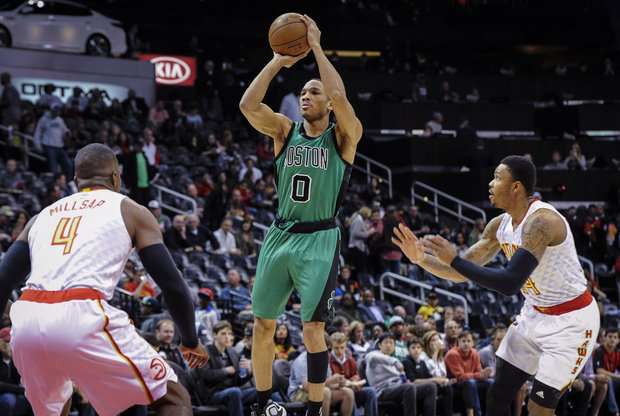 How Atlanta can win: The Hawks play a little more inside-out basketball than they did last season. If they are able to get the inside portion of that in Paul Milsap and Al Horford going, then they could cause some serious issues for the Celtics.

How Boston can win: The Celtics have quickness and guards. They must press tempo and make it an ugly game for them to have some success and win this series. And of course, Isaiah Thomas will have to come out ready to go and average at least 25 points per game in this series.

Atlanta: Kent Bazemore has been great for the Hawks this year as a starter. And even though he has a bone bruise, this is not the time to sit out. Expect him to make some things difficult for the Boston guards defensively and for him to make some shots on the offensive end.

Boston: Kelly Olynyk is a talented big man that stretch the defense, put the ball on the ground and also post up. He has a favorable matchup versus the Atlanta backups and will exploit them along with some starters.