The Oklahoma City Thunder did not know what to expect last season. Along with losing Kevin Durant, the Thunder also lost power forward Serge Ibaka via trade to the Orlando Magic. The team, which many had saw as a contender over the years, was not to that level anymore. Many went from wondering if they could finally get over the hump to if the Thunder were even going to get close to the playoffs. The one known offensive commodity was Russell Westbrook. The Thunder got Victor Oladipo back from the Magic in the Ibaka deal, but there was no guarantees that he would mix well in Oklahoma City. Steven Adams was getting better, but he was still inconsistent offensively and Enes Kanter was good offensively but still bad defensively. Despite all that looked to be going against them, the Thunder made the playoffs and it took a walking triple-double and MVP-winning performance from Westbrook to make it happen. The feat of averaging a triple-double was great and a MVP season is special, but let's be honest. The Thunder cannot depend on that type of performance happening year after year. So with that being said, the Thunder have to make some changes and make them happen pronto. Westbrook definitely is Batman in Oklahoma City, but they need to provide him a Robin and one name comes to mind when thinking on it.

Teams like Boston and Cleveland have been mentioned as places for Paul George to land. Of course many know that he more than likely will be a one-year rental because of his reported desire to hit free agency in 2018 and heading to the Lakers. Cleveland sound nice, but with Cleveland they don't have the kind of assets Indy needs unless they partner with another team and makes it a three-team trade. As far as Boston, they have the picks and the pieces, but it seems like the head of Boston's basketball operations, Danny Ainge, is reluctant on doing a deal. Outside of those two teams, John Wall is reportedly trying to recruit George to the Wizards, but if he can be had, why aren't the Thunder taking their shot at George too? Sure, some will say it would be silly to take a shot at George knowing that he is a free agent. Well, it may not be as silly as some may think if you look at the bigger and smaller picture.

George has not given any indication, per the reports, that he will sign with the Lakers next offseason. The Thunder, who know this information already, should not really care about that type of information. The main thing that Sam Presti and the rest of the Thunder crew want to do is keep Westbrook happy. Keeping him happy may entail getting another star to ease the burden in George. Now some may ask what do the Thunder have to offer. On the surface, some would say nothing, but all Indy is really asking for per their asking offer was a starter and some picks perhaps. Looking at Oklahoma City, they have a couple guys that could be considered starters in other places like Victor Oladipo and Enes Kanter. Both carry a very solid cap number (Oladipo signed a four-year, $84 million extension last summer in Oklahoma City and Kanter is owed $18 million next year) and both have not really lived up to expectations that were placed upon them per their contracts. Add the fact that Indiana is losing more and more leverage by the day on George and the Pacers could potentially get a first round pick out of this trade if Oklahoma City really wants George that bad. Either way, the money that George makes next season (a little under $21 million) is a perfect match for the Oklahoma City Thunder to trade a contract they may want to give rid of anyway. Also, although it hurts that Oklahoma City would potentially surrender a first-round pick, they would also have some cap room that would be free to help them potentially being a player in free agency if George decides to leave after the 2017-2018 season.

While it seems like Oklahoma City seems like an unlikely destination, it could also be something to take the Thunder to another level perhaps. Losing Kanter or Oladipo would be small compared to getting George to slide in the starting lineup. Also, a first-round pick is small to take a chance on a superstar in today's NBA. With some many general managers picking on potential, there would be no guarantee that whoever they picked would be able to help them immediately in 2018 anyways. 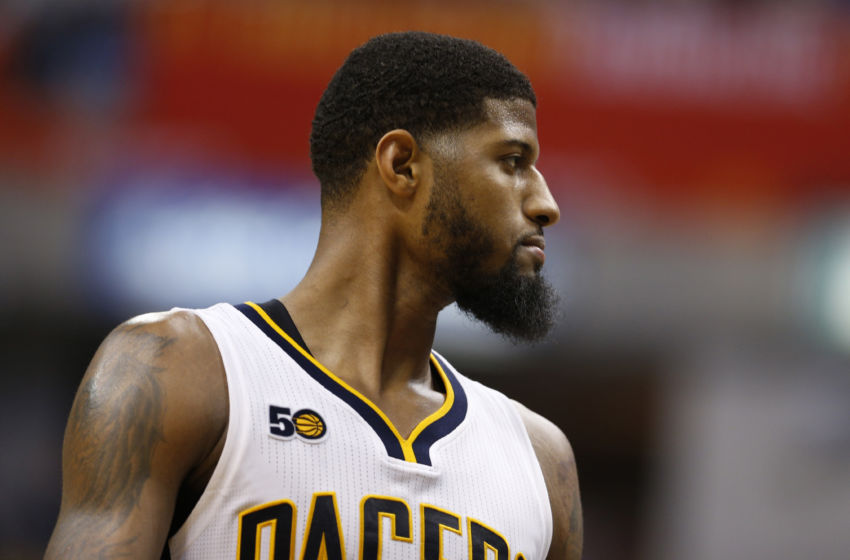