The Miami Heat were in the running for star small forward Gordon Heyward. Pat Riley and crew always seem to find themselves in the running for star players. The Heat would have to move a few pieces here and there, but they were genuinely interested in bringing Hayward to South Beach. Last summer, they were able to fight off suitors to bring back star center Hassan Whiteside, but this summer they fell short at bringing in another piece to fit with him. Hayward ended up leaving Utah for Beantown and not South Beach, as he agreed to sign with the team. But one thing has not happened as of yet: Hayward signing with the Celtics. As of right now, the Celtics have had to do some maneuvering around to make sure they can fit him within their salary structure. One scenario has Hayward signing with the Jazz and then getting traded to the Celtics reportedly for forward Jae Crowder. Before that, however, the Celtics did something that caught the attention of a lot of teams. The Celtics rescinded their qualifying offer to power forward Kelly Olynyk, making the talented young player a free agent. When he hit the market, it was not a question of would he gets paid but when he would get paid and just that quick, Olynyk has agreed to a new contract with a new team to start the next chapter of his career.

The Miami Heat and Kelly Olynyk have agree to a four-year, $50 million deal (fourth year is a player option) for him to play his games next season in South Beach. With his addition, the Heat now just became an even more dangerous team. He definitely fills a hole for the Heat. As it currently stood, Miami would have been starting James Johnson and Bam Adebayo at the small forward and power forward position probably. No offense to Adebayo, but Heat center Hassan Whiteside has more range than he does on his jump shot at this point and Whiteside does not even had great range. Sliding Olynyk into the power forward position gives the Heat a little more versatility on the offensive end of the court. Olynyk has range on his jump shot and that can be a huge factor for the Heat. His shooting can pull opposing power forwards out of the paint, giving Whiteside more room to operate inside. But when Whiteside is off the court, Olynyk can take his game in the paint. Despite not getting to feature that part of his game a ton, Olynyk does have post game that is very solid and he can finish with finesse or with power.

Olynyk's offensive game is definitely something that is needed for the Heat. He can definitely help them be more efficient there. One thing that has been overlooked about him is his edginess when he plays. If you ask some fans outside of Boston about Olynyk, then you may get some colorful answers as to what they think about him. Some say that he is dirty. For example, some Cleveland fans will never forget him pulling down on Kevin Love's arm in the 2015 playoffs, dislocating his shoulder and putting him out for the season. This season, people remember the screens he laid in the Boston/Washington series and the reaction that Kelly Oubre Jr. had when he got laid out by Olynyk. The big man plays to the edge on the court and he is just the type of player that would fit in the plans for a Pat Riley team. For those that don't remember, the Knicks teams that Riley had were physical and agitated teams to get in their heads. Going even further back, remember when the Showtime Lakers got in the heads of the Boston Celtics during one of their NBA Finals battles? Yeah, Riley was the coach of the Lakers at that time. Look for Olynyk to bring that type of edge to that team along with Whiteside and that is something the Miami Heat need.

Sure, Olynyk could be a better rebounder and he is not exactly the more athletically-gifted player, but he is solid on defense and he can definitely bring a different dynamic to the Miami Heat team. With Waiters, Olynyk, Johnson, Whiteside and Dragic starting for the Heat, that gives them a pretty good starting lineup. If they get something from their bench, then the Heat could continue to build on the things they set in motion in the second half of the NBA season when they were the hottest team in the NBA. Olynyk was not out there at first this offseason, but he certainly is one gift that Miami can thank Boston for, especially if he plays even better with expanded playing time. 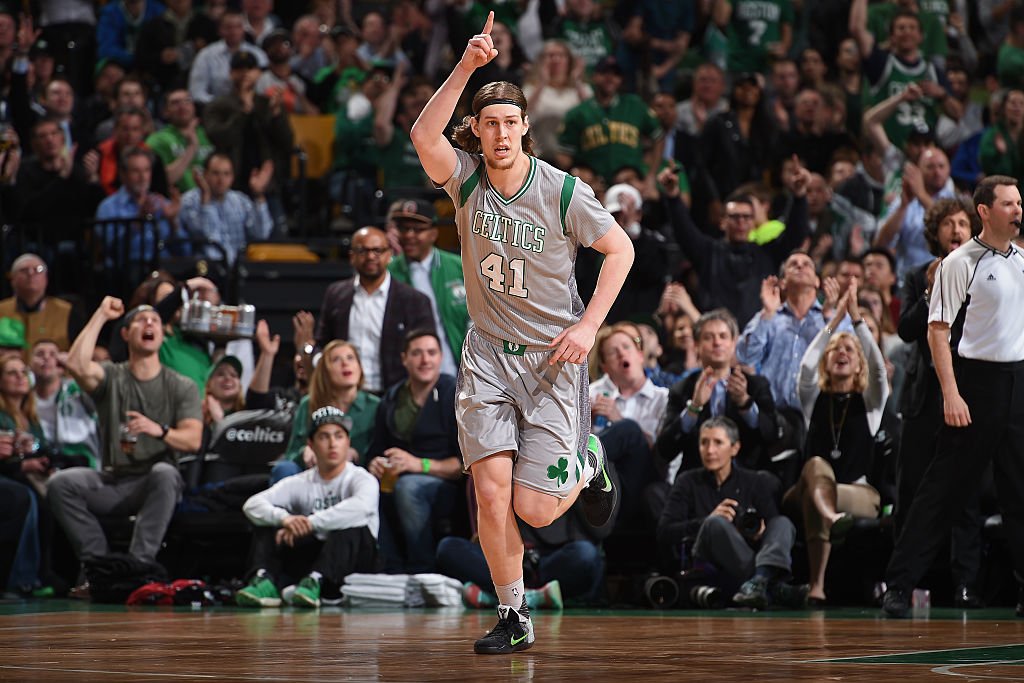