The Oklahoma City Experiment is failing

The Oklahoma City Thunder saw what Houston and Golden State were doing and wanted to keep up. They got star guard Russell Westbrook some help when they traded for forward Carmelo Anthony and Paul George. Those acquisitions prompted many to believe they had a chance to make some noise in the NBA's Western Conference. Unfortunately for OKC, things have not turned out like they thought. The Thunder have been rather inconsistent all season and still there is some chemistry issues it seems. Whether you want to point the finger at Russ, Carmelo Anthony or Paul George, the central theme is this experiment did not work as well as they thought it would. And after Monday night, it looks like this experiment is about to end ugly. The Thunder proceeded to lose two straight games in Utah and have put themselves in a 3-1 hole going into Game 5. And unfortunately, there aren't many that feel they can win that game. So, what went wrong in this whole equation?

The first thing that never got right is the chemistry between  Melo, Westbrook and George, especially on the offensive end of the court. The Thunder brought Melo and George to Oklahoma City with the vision of Westbrook teaming with them and meshing as the season went on. Unfortunately, the lack in chemistry never got better. No one knew where their shots were coming from. Part of the lack of team chemistry comes from Westbrook himself. Although Westbrook is a very tough player with otherworldly abilities, he can sometimes push the issue too much, going to get his while neglecting to mix it up and get teammates involved. The team can follow his lead and that can lead to isolation basketball from not only Russ, but Carmelo and Paul George as well. The isolation basketball creates people standing and eliminates any ball movement, which is not good for offense. And as you can see, the Thunder have had to work really hard for buckets in the postseason.

One other thing that has held them back this season is the coaching of Billy Donovan. Many want to put the blame on Westbrook for this team's failures, but Donovan should shoulder more blame than he has at this point. First, his offense was supposed to be more free-flowing than the Thunder's previous coach, Scott Brooks. After seeing the Thunder only getting ten assists as a team in their Game 4 loss, it isn't looking like his system is implemented in this team. He never really got this team to buy in to what he wanted to do and as a coach, that is his job. Also defensively, they have been good but they have had issues when it comes to covering in space. Donovan seems to look lost at times as an NBA head coach and that should not be happening for a team with such high expectations. They should be getting some easy shots and getting out on the break and not suffering through games as they look like they just met each other yesterday.

Going forward, the Thunder are in a world of hurt. They are down 3-1 and look like they will not be figuring that out anytime soon. The trades for George and Anthony were supposed to give Westbrook more help. What it ended up being was a high-paid mess that will more than likely look different next season. George staying there is definitely an uncertainty with how they have played and it seems like they will be stuck with Carmelo because he more than likely will opt in to the last year of his contract. Look for Westbrook to be more of the one-man band again next year and that means the clock could be ticking on his eventual exit from the Thunder. 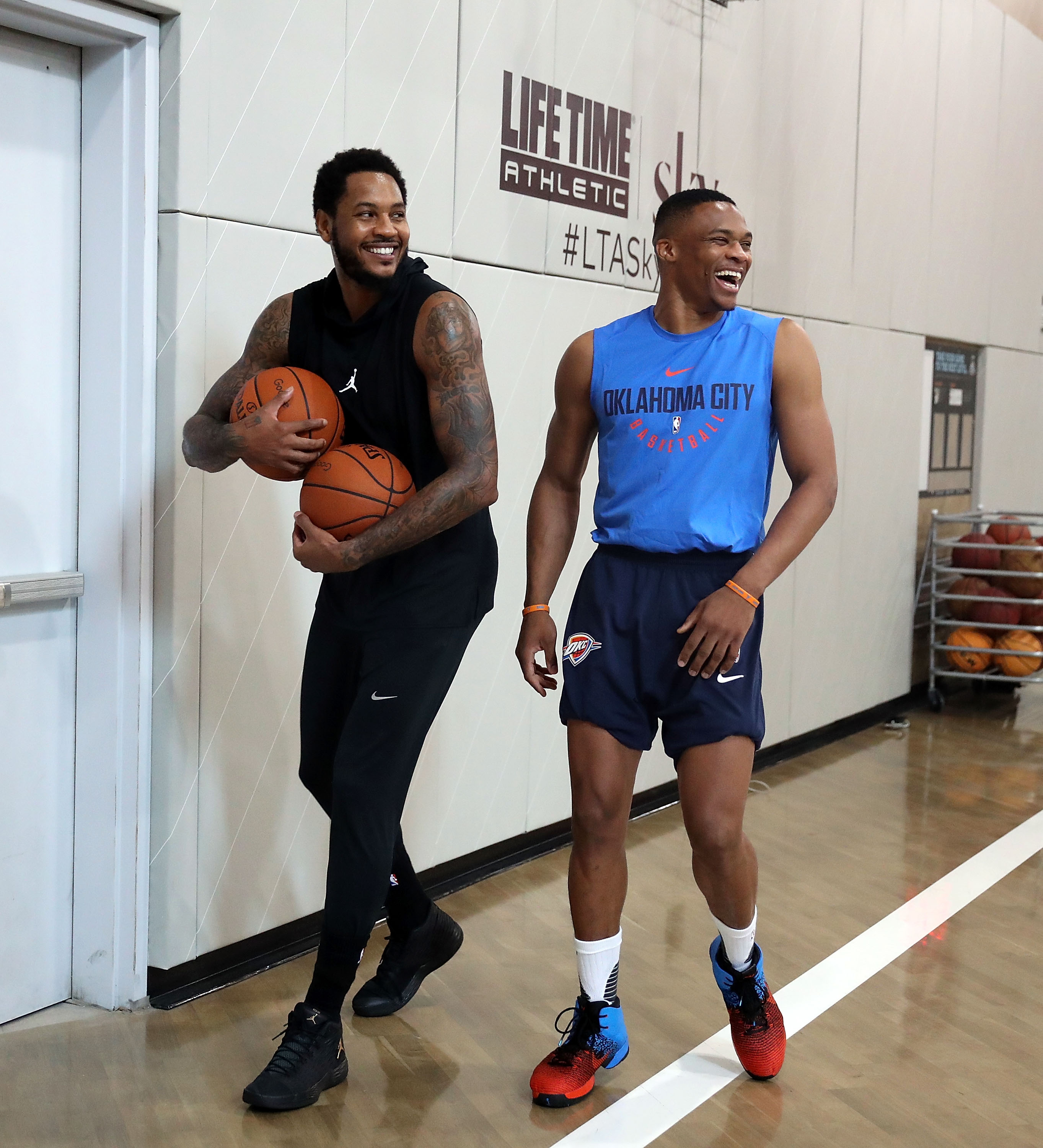