Denver Gets Their Big Fish

Paul Milsap has been solid throughout his career. He has been a very solid rebound his entire career and he has evolved offensively as well. In Utah, he developed that midrange jump shot. In Atlanta, he began to extend his range out to the three-point line. The veteran kept getting better and working to improve his game to become a better player. And his paycheck has grown just as his game has over the years as well. This season, there was rumblings that Milsap would opt out of his deal with the Atlanta Hawks and be a free agent. The option, which was for $21.4 million, was a lot of money to walk away from, but the thinking was that Milsap would get some offers from somewhere else to top that money. Since Atlanta did not seem to be interested in paying him more than what they have, it was evident that Milsap would be landing somewhere else this offseason. As time went by, Paul's name was mentioned with teams like Miami, Minnesota and Phoenix, but no deal had been agreed to. With the big money drying up on the market, it soon started to look like Milsap could be running out of options for his new payday. Well, just when his market seemed to be drying up, Milsap struck it rich once again.

Milsap and the Denver Nuggets have reportedly agreed to a three-year, $90 million deal to go to the Mile High City. The Denver Nuggets finally got their big fish after trying to get Dwyane Wade last season and trying to reach out to Chris Paul this offseason as well. Finally, the efforts to get someone there worked and they have a veteran to help their team. But adding this veteran is only a piece to the puzzle. One thing the Nuggets can do now is spread the floor with their team. Milsap's range that he added in Atlanta will not give Jokic more room to operate inside. With Faried out there paired with Jokic, that causes there to be less room to operate. With additional room to operate, Jokic can be even more dangerous than he was once before and that is not good for big men in the Western Conference. Along with his offensive abilities, Milsap also makes the Nuggets a better defensive team. Head coach Mike Malone will lean on the veteran to bring more physicality to their team on that end along with him being a rugged rebounder. Milsap may be undersized, but he definitely does not get shortchanged in the paint on that end.

The addition of the veteran big man to the Nuggets is a good addition and should benefit them, but the Nuggets need more than just this move to get into the playoffs and get better. One thing the Nuggets have to do at this point is find a suitor for two players: Kenneth Faried and Emmanuel Mudiay. Faried just does not fit anymore in Denver. He can be a ferocious rebounder, but he seems to be missing in action a lot. Along with that, he does not offer much offensively to help what Denver wants to do. As far as Mudiay, he has had time to develop in the system Malone put in place, but it just seems that he has not fit in well in the system there. His shooting is an issue there among other things and he also has an issue with turnovers. Maybe later on down the line Mudiay will get it going and realize the potential that he has, but at this point, he has not figured it out and Denver cannot continue to keep going while waiting on him to figure it out. The team pursuing Chris Paul this offseason and rumors of moving Jamal Murray to point guard tells us all that they were not satisfied with Mudiay and that they are willing to move him.

The Nuggets and Milsap have some work to do in the Western Conference. And with Paul George (Oklahoma City Thunder) and Jimmy Butler (Minnesota Timberwolves) coming out West, things will definitely not be easy. One step in trying to figure things out is to see if they can somehow get forward Danilo Gallinari to come back to Denver. He would be huge to this team as they are currently constructed. Along with that, the guard rotation has to be settled soon for this team to take the next step. If they can keep Gallinari there and figure out the guards they will use, then Denver will have more stability. We shall see what happens, but what we do know is Milsap got his money and he is now charged with being the leader of this team trying to find its way out of the wilderness. 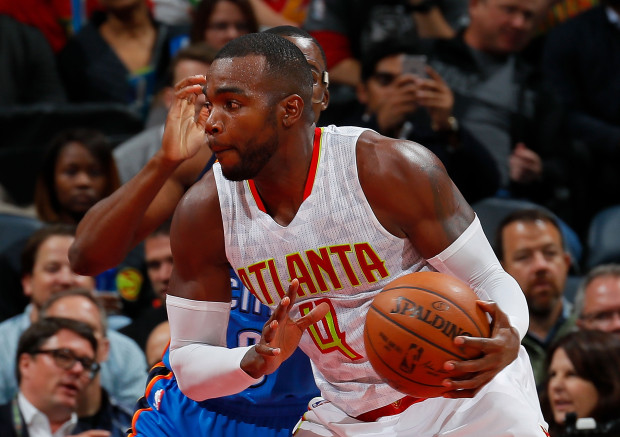