CJ Miles Added To The Mix In The Six

The Toronto Raptors already had made their big moves this offseason. In addition to bringing back Kyle Lowry, the Raptors brought back power forward Serge Ibaka . Both signed three-year deals in hopes that with a full year together, they would be able to rise as high if not higher than they did in the 2015-2016 season and be the contender everyone thought they would be in the 2016-2017 season. Even with bringing Ibaka and Lowry back, there was still a hole in this team. That hole, you may ask, was the small forward position. DeMarre Carroll was brought in the summer of 2015 to be the last link to take the Raptors to the next level. Unfortunately, that last link is still missing as Carroll was not able to stay healthy or play the way the Raptors thought he would. His play never reached the level the Raptors thought it would and he was ultimately benched during the playoffs last season and recently traded to the Brooklyn Nets along with some picks. Carroll's replacement in the starting lineup during the playoffs, PJ Tucker is also not a part of the team anymore. While the Raptors were deciding what they wanted to do, the physical small forward decided that he wanted to go back to the state where he played his college basketball, signing a four-year, $32 million deal to join the Houston Rockets. With that, the Raptors were left with a hole at the small forward position yet again, but that hole at small forward was not left open too long.

On Sunday it was announced that the Raptors had completed a sign and trade deal with the Pacers. Toronto would send backup point guard Cory Joseph to Indiana and in turn,  Toronto would receive small forward CJ Miles, who signed a three-year, $25 million deal with Indiana before being shipped to the Raptors. Just like that, the question as to who would play the small forward position may have been settled with this move. Miles has always been able to shoot the basketball and last year was no different. The veteran small forward shot a career-high 41.3% from three-point range last season. The ability to hit that shot and spread the floor could be something that helps the Raptors. Now with Miles aboard, the Raptors have two very solid three-point shooters to strike a little fear in opponents. Now the question offensively is whether or not the stars of the Raptors can make that change and get others involved consistently. With Miles, the Raptors have yet another piece to help make that happen.

But with the good, there is always some bad that follows. The offensive numbers are good to look at, but there are two ends of the court. On the defensive end, it looks like Miles does not help in the rebounding category at all. He has never averaged over three rebounds in his NBA career. For a team that has a defensive-minded head coach, that has to be an issue. Miles has to be in there to mix it up more than he has in his career in order for this to work out. Also you have to look at the players that Miles will be more than likely guarding at his position this year. Can you see him guarding LeBron James or Gordon Hayward? I know that I cannot. Miles is not the best defender anyways and asking him to guard two top small forwards is a huge task for Miles compared to his body of work in the NBA. Sure, there will be help behind him defensively in Serge Ibaka, but eventually that could cause Ibaka to get in foul trouble and that would harm the Raptors. With Ibaka being their best defensive big man, that could cause major problems for a team that already had some issues last season defensively to begin with.

Ujiri believes in Miles being an answer for them, but whether he will be the answer at the small forward position is still in question. He can give them some offensive punch but he can also be bad defensively and cause additional stress on that end of the court. Like with anything, there are positives and negatives. The challenge for Raptors head coach Dwayne Casey and crew in The Six will be to maximize the positives while minimizing the negatives. It should be interesting to see how Toronto tries to make that happen. 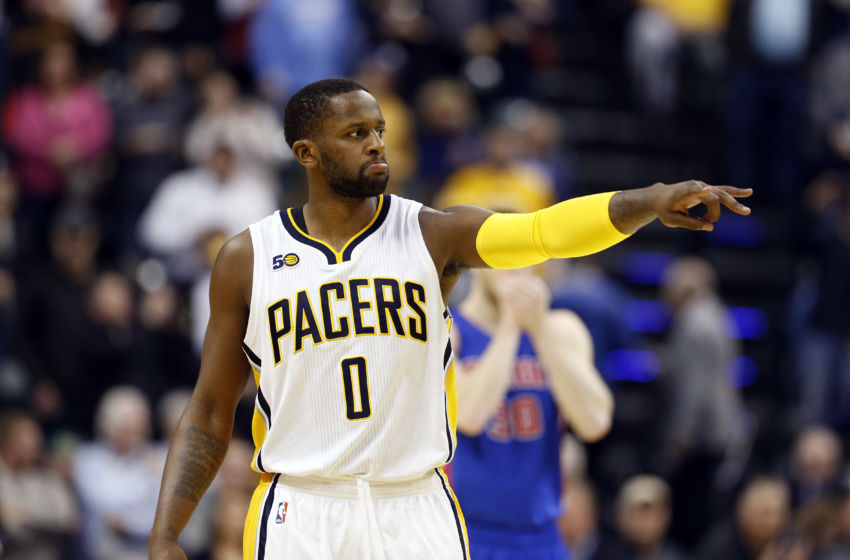