A Thin Line Between Love And Hate

"It's a thin line between love and hate." The Persuaders were the originals to sing that song back in 1971. And although it has been redone a few times, it has not ever been song with the type of emotion that it was sung by them back in that time. The song would spend two weeks atop the Billboard chart in late 1971. The song, in it's entirety, was about how quickly things can turn from love to hate. For example, he opens the first verse of the song saying he was coming in at 5 am and his woman never questions him where he has been and asks him if he was hungry. In the second verse of the song, it opens up as he is singing he is bandaged from head to toe. Said he never expected that from his woman. Well, if you keep treating someone a certain way, that can happen. Carmelo Anthony, much like the woman in this story, has been treated a certain way over the past few years. Sometimes he is treated with love and other times the hate consumes the fans of New York at the mention of his name.  But what happens when he is gone?

The trade rumors have been talked about a lot in regards to Carmelo Anthony in the last week or so. There were reports of him going to the Cleveland Cavaliers in a trade that would send Kevin Love to New York. That was quickly shot down by the Cavaliers and rightfully so. There was no way that he would fit there. That lineup would be small and their defense would still be suffering. And then the rumors came about of him going to either the Celtics or the Los Angeles Clippers. With the trade to the Celtics, they would more than likely unload picks and players in any sort of combination that the Knicks could use. That reported trade option disappeared really quickly. The Celtics apparently were not really enthralled with bringing Carmelo to town. As for the option out West, the Clippers could actually do this deal and not lose Blake Griffin in the process. Because of an NBA rule that prohibits two players that are on their rookie contract scale and acquired via trade in the same season on the same team, Griffin cannot be involved in the deal (point guard Derrick Rose is on his rookie contract scale, up for an extension and was acquired via trade). So in this deal, the rumored pieces would be Jamal Crawford, Austin Rivers and JJ Reddick going to New York for the rights to Carmelo. The combination of Anthony with  Chris Paul, Griffin and Deandre Jordan would make the Clippers a very interesting team out West. But it would also gut them in terms of their depth should no one else come to them in that deal. The Clippers deal is on the table still as far as we all know, but there is one thing that could derail all of this.

Carmelo Anthony is one of the few players that has a no-trade clause in his contract. So in essence, it is up to Carmelo whether he wants to leave New York or not. He has said that he will waive his no-trade clause if the team wants him to do so. But will the opportunity to play with his Banana boat buddy Chris Paul be too much to turn down and cause him to beat the Knicks to the punch on his clause?  If anyone has heard Carmelo talk about the city of New York, you know that he has feelings for the city. He actually wants to be there and play there. But what he wants and what the fans would like to see are two totally different things. The fans of New York have had an interesting relationship with Carmelo over the years. At times, the Knicks fans love Carmelo. He can put up points with the best of him and the argument has been made plenty of times in his career in New York that he did not have enough help at all. He wanted to be here to help things get better and fans can respect that. But on the flipside of that, fans expect more from him than just to be a scorer. Carmelo has never been known as a defensive player and has not ever been known as a leader of a team. And in that respect, there are some fans that cannot wait for him to go should he decide to leave. The thought process is that the Knicks can start building the team around Kristaps Porzingis and his talents. Along with moving Melo, that monster contract can go wherever it wants and the Knicks will not be straddled by it anymore.

That Persuaders gave us the original version of how things can go from the good, love, to the bad, hate,  real quick. But their song was also so popular that it was remade as recently as 1996 by the group H-Town for a movie by the same name starring Martin Lawrence. Just like the song was remade over and over, Carmelo has a chance here to add another chapter to his career and remake himself in a different place. As time ticks, it will be interesting to see whether he decides to stay in New York or if he decides that Love's Gonna Pack Up and Walk Out. 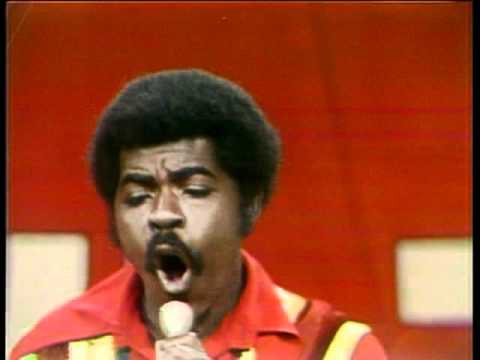