Derrick Rose: A Season Of Joy And Ultimately Pain

Maze featuring Frankie Beverly have had their music around for decades on end. The group started out in Philadelphia back in 1970 under the name Raw Soul. But under the advice of Marvin Gaye, they changed their name to Maze and released their first album, titled Maze Featuring Frankie Beverly. The group is iconic with some of the songs that they have put out over time. Although there are many that were not around when plenty of their songs came out, there is no doubt that a lot of their records are in the rotation for Saturday cookouts with the family and friends. One of their many classics they had was "Joy And Pain". The song, which was released back in 1980 from the album of the same name, would reach as high as number 31 on the Billboard charts in the US and is still a classic. Much like the joy and pain that Frankie Beverly spoke of in this song, such is the season that Knicks point guard Derrick Rose went through this year. He had some good moments where he looked as explosive as he has since his devastating knee injuries in Chicago. But unfortunately, there were some bad moments that produced some pain. The time when he went AWOL after a disagreement with his coach, Jeff Hornacek, was quite strange. But the most recent thing that happened has to be the most painful to his career.

Rose, who is getting ready to be a free agent for the first time in his career this offseason, was having another solid year. He was scoring at 18 points a game and he was also showing that he was durable, playing in over 60 games two years in a row. The thought was that he may have turned a corner potentially on the knee injuries and was ready to move on. But then, he recently was sitting out due to a knee injury and that turned out was much more serious than we all thought it was. The New York Knicks announced that Rose will miss the rest of the season with a torn meniscus and it is estimated recovery time is two months. For a guy with an injury-riddled, an injury is the last thing that he wanted to happen. Since 2012, Rose has suffered four knee injuries, which is almost the equivalent of one injury per season. In free agency, that is a huge alarm to anyone that would want to sign him. Rose has shown that he can still play, but he has also shown that his durability as a starting point guard is probably not ever going to be what you would want out of a starting point guard. So with that being said, here are some of the situations that he may be facing this offseason.

Rose obviously cannot play heavy minutes at all. Every time he does play heavy minutes, eventually his body breaks down on him and he ends up getting injured. Even with all that knowledge out there, some team will offer him big money to come play with them. For Knicks fans, they hope that it isn't their team that brings him back, seeing that he does not fit the Triangle offense at all. But let's say teams lay off of Derrick Rose and don't sign him immediately. In that case, wherever Rose may go could come down to a one or two-year deal. That type of deal would give him the flexibility to get paid but still have other options next offseason or two years from this summer. But away from the contract talk, Rose could actually be looking at a separate role. With him not being able to play heavy minutes and stay healthy, there may be a team that looks at him and says that he cannot be a starter for them. So the new role that someone may want to bring him in for is a backup point guard role. Rose is more of a scoring point guard and that suggests that he could give some team some pop off their bench. With that being said, he could reincarnate his career and become a sixth man for a team that needs something in that area. Of course, it all depends solely on what Rose wants to do and what options he has. But after the first wave of free agents, I expect Rose to be able to sign at that time.

Rose was looking at stardom in his career when he was the MVP back in the 2010-2011 season. But injuries have all but taken that away. What's left is a player that you can never depend on physically that can dazzle you with some of the moves he can make. With this latest injury, the curtain could be potentially closing on a starting role for him a little bit faster than he wanted it to. But the sad reality is that an athlete that wanted so bad to play the game he loves keeps getting portrayed by his body, and more specifically, his knees. Unfortunately for him this offseason, his body portraying him may cost him some money. We shall definitely see how this plays out. 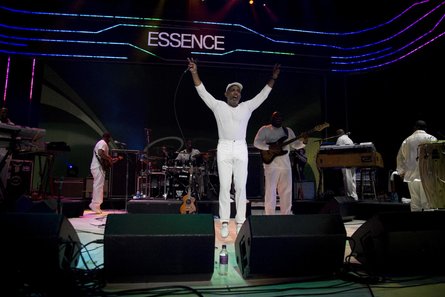