The Los Angeles Lakers have been known for success for majority of their existence. Players like Magic Johnson, Kareem Abdul-Jabbar, Shaquille O'Neal, Kobe Bryant and others have carried that torch of success throughout the years. Unfortunately for Kobe, he is the guy that is associated most with the current state of the Lakers. The team has not really been competitive for some time now and some Lakers fans are starting to wonder when it will ever get turned around. Well, one step the Lakers took towards that mission was the day their front office got shook up. Jeanie Buss, controlling owner and president of the Lakers organization, fired her brother, Jim Buss, and general manager Mitch Kupchak in order to shake up things. Jeanie needed someone that expected to win and someone that had pride in the organization. Who better to do that than the Magic Man himself, Earvin "Magic" Johnson? The Lakers brought him in to run the basketball operations. Along with Magic, the Lakers also brought in former agent Rob Pelinka as the general manager. With these two in charge, the Lakers fanbase has been wondering what and how they were going to get it done. Well, the Magic Kingdom is starting to take some shape. It started with the trade of Lou Williams to Houston for what ended up being the 28th pick in this year's draft, giving the Lakers two 1st round picks. But who would know the picture would shape even more before the draft.

The rumor mill has been spitting out things fast and furious this offseason and a couple names that routinely got mentioned from the Lakers were Julius Randle, D'Angelo Russell and Jordan Clarkson. All three were mentioned as potential pieces in a trade for Paul George before it was reported that he would want to come to Lakerland after his contract was up next summer (hence the trade rumors about Paul George running rampant this last week or so). But before anyone was able to really get deeply into the Paul George/Laker rumors, the Laker moved one of those pieces to an unexpected place. The Lakers have agreed in principal to move Russell along with Timofey Mozgov to the Brooklyn Nets for center Brook Lopez and the 27th pick in this year's draft. With that move, the Lakers now have three 1st round draft picks and have rid themselves of Russell. The talented guard was playing point guard for the Lakers and it seemed they were not sure what he was to be honest. In his move to Brooklyn, now he could slide to the shooting guard position where he more than likely will be better than he was in Los Angeles (with more opportunities to shoot the ball as well). As far as Mozgov, that was Magic getting rid of a mistake made by Kupchak. Now instead of Mozgov, the Lakers get Lopez on the last year of his deal. Just like that, a bad contract is gone and the summer of 2018 brings $22 million more in cap space for the Lakers. Along with that, the Lakers still have enough intriguing young talent to add with picks to get Paul George as a Laker this summer if they want to (Indiana is asking for two 1st round picks and a starter in a deal for George).

Along with the trade of Russell, the Lakers definitely tipped their hats as to what they will do with the 2nd pick of this year's draft. Plenty people had some suspicions as to what they would do coming into the offseason. Some were sold on UCLA's Lonzo Ball getting drafted by his hometown team. Others were not sold on him, but were sold on the guy that dominated in the Elite Eight, Kentucky's De'Aaron Fox. Fox and Ball were considered, but the best player in the draft to some, Kansas' Josh Jackson was very intriguing to them. Ultimately, with the Russell trade, that pushed everyone towards believing they will draft Lonzo Ball. With the talented Ball on the squad, the Lakers now have an unquestioned floor leader that has a very good basketball IQ along with adept passing skills. Of course, the Lakers would have to develop him and his shot a little more than what it is now, along with pushing him to be better defensively.

The Lakers, in the trade of Russell, got rid of a player they were not sold on, added another 1st round pick for this year's draft, and made it almost a definite that they were taking Lonzo Ball with the 1st overall pick. Those three things are great, but the huge thing in these coupled expected moves is the salary cap. The Lakers have created so much cap space that they will be able to potentially fit two max players on their team next season. Paul George is one of those players, but there is another free agent that may capture the eye of the Lakers and his name is LeBron James. The best player in the world's contract has a player option for the 2018-2019 season, but we all know that he will be declining that option and become a free agent. With that being said, it is not a definite he comes there, but the chances definitely increase with what all the Lakers have to offer. The scene along with the fact that James does own a home out in the Los Angeles area will be something interesting to watch unfold.

The Magic Kingdom is now starting to take shape. Brandon Ingram isn't going anywhere(Magic has said that Ingram is untouchable) , but Magic showed us all that he will get rid of young talent if he has to in order to move toward the ultimate goal of a championship. The Kingdom is still under construction, but it surely will begin to take even more of a shape in the summer of 2018. 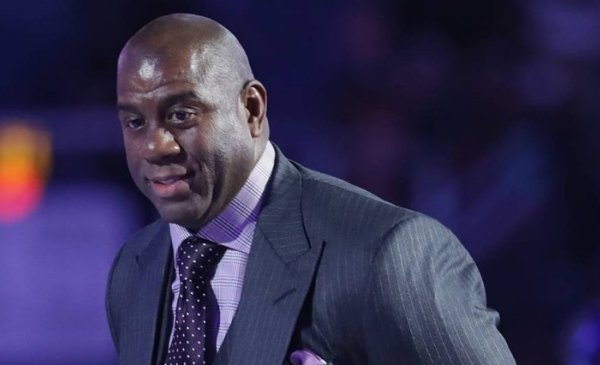