The End Of The Road For Kyle Lowry

Boyz II Men was first discovered when they were able to get in front of Michael Bivins of New Edition along with some other celebrities. Their rendition of  New Edition's "Can You Stand The Rain" really impressed Bivins and others that were in attendance. Bivins gave them his number to get in touch with him. Eventually they would reach Bivins and he would help them get their record contract. Once they got their collective feet in the door, the group would not leave. Although they first hit the scene with an upbeat song in "MotownPhilly", that was not what they would become known for. The ballads became their calling card. Songs like "Water Runs Dry", "On Bending Knee", "I'll Make Love To You" and "A Song For Mama" were huge when they were released. But the one ballad that got them first noticed in a big way was "End Of The Road". The song was originally written for the Boomerang soundtrack and would spend 13 weeks at the top of the Billboard Hot 100 charts in 1992. The song was so successful that their was a re-release of their debut album, Cooleyhighharmony, in 1993 with "End Of The Road"  as the bonus track. Much like the end of the road, Kyle Lowry has the ability to end his road in Toronto potentially this offseason. The talented veteran point guard will be able to opt out of the last year of his current contract and hit the free agent market. While some may think that this is a no-brainer that he is coming back to Toronto, don't be so sure that this one is already written in stone.

Lowry and the Raptors have been a very good pairing. Despite his postseason struggles over the years, he and DeMar Derozan have been a part of leading this team to their most successful run as an organization. But this year, it seems like they took a step back. They are currently down 3-0 to the defending champion Cleveland Cavaliers and it looks like they will be going on vacation very soon. With the end of the season looking like a reality, the Raptors looked to be falling backwards instead of surging forward and taking that next step towards a title. The Washington Wizards, Milwaukee Bucks and Boston Celtics are all looking to be better and trending upward more than the Raptors at this time. So with that being said, why would the Raptors sign Lowry back? He is 31 years old and is nursing a back injury apparently right now and we all know how back injuries have the potential to go from mild to major. Plus, looking at the offense of the Raptors, it has not evolved to a level of elite under his leadership. While the isolation basketball looks good in the regular season, their isolation offense does not look good in the playoffs and is ultimately something that cannot get you to a title. Lowry is essentially an isolation offensive player that does not consistently get others involved. So with that being said, what sense would it make to bring back a guy that you know cannot take you anywhere near the goal of a title? Along with that, why would you pay someone bigtime money to not take your team anywhere?

So with that being said, the Raptors can move forward without Lowry next season and let him go wherever he wants to go (assuming he opts out of the last year of his contract). With him out of the equation, they can focus on re-signing Serge Ibaka back to a good deal and they can start transitioning by putting either Cory Joseph or Delon Wright at the point guard spot. The team would be losing productivity out of that position, but that could be balanced out with more minutes and opportunities for Joseph and more shot opportunities for Ibaka in what will amount to his first full year in Toronto. With Lowry gone, the offense also will look a little different hopefully. Gone will be the isolation offense and hopefully for the Raptors there will be more movement of the basketball, which will get more people involved. The Raptors may take a step back in the next season without him, but they would also not be in salary cap purgatory with no chance to win a title at all. If that were to pay Lowry, then the Raptors would really be in some trouble and they would also be selling fans some fake hope that they could win a title there.

Lowry is enticing to keep for the Raptors because of all the success they have had with him. But the flipside of that is there will never win anything with him at the helm as they are currently constructed. So what they must do is let Lowry go. Let someone else decide they want to pay him to try to get their team somewhere. As for Toronto, it is time to look at the team and make a hard choice. This marriage between Lowry and Toronto should be entering its last legs. 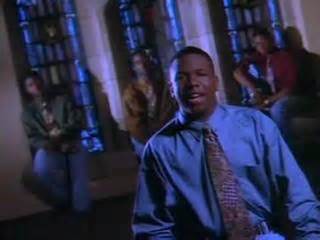