Can Someone Wake Up Kyle Lowry?

Aloe Blacc is an artist many fell in love with pretty quickly. Born Egbert Nathaniel Dawkins III, he would graduate from the University Of Southern California and start his music career. Unfortunately, the early returns on his music at a smaller label back in the late 90's through around 2011 were not that good. In fact, no one really even had heard of him at all. But when Aloe Blacc signed with Interscope Records, it was then that he started to have the most success he has had in his career. Aloe Blacc would release an EP that would make him a name everyone knew. He had songs like "The Man" on there that ended up being featured in the Beats By Dre commercials featuring Seattle Seahawks cornerback Richard Sherman and then San Francisco 49ers quarterback Colin Kaepernick. But there was another track off the EP that would catch the attention of people. "Wake Me Up" was released in an acoustic version on the EP and then converted into video style in 2013. The song was powerful in it's words and struck a chord to those that listened to it. One of the most memorable lines was "Wake me up when it's all over". Well, Kyle Lowry is in the playoffs, but he is currently living a nightmare that he cannot seem to shake.

Lowry is a very talented point guard. He has been in the NBA ten years and is known as a bulldog defensively and a guy that hits tough shots offensively. You would think his ability to hit clutch shots during the regular season would pay off for him in the postseason. Well, it unfortunately is not that way for him in his postseason career. Lowry has solid numbers for his career in the postseason (he averaged 19 points per game last postseason and has averaged 14.5 points per game in his postseason appearances). Those numbers look good to someone that does not watch the games. But to those that watch the game, his numbers are not as impressive as they seem. Lowry has been up and down in his postseason career going back to the horrible performance he had in the 2014 playoffs versus the Washington Wizards. With the loss Saturday to the Milwaukee Bucks, Lowry reminded all of us that he never got over his personal Boogeyman. He was missing shots he would usually take and he also seemed reluctant to shoot the ball at times as he scored four points on 2-11 shooting. Lowry just was off-target and there was not much anyone else could do about it. He was just in an offensive funk at that time.

But with a new postseason starting up and with the Raptors only down one game, there is still time to get it together. Along with putting his offensive game together, then maybe he needs to go back to the basics. When you watch Lowry play, there is one thing that is very noticeable: he always has a high degree of difficulty for his shots. He is always leaning away from someone, shooting over someone or soaring through the air and finishing (good or not) with a high degree of difficulty. That kind of shot-taking will lead to the poor and erratic performances we have seen in the postseason the last few years from Lowry. But instead of him learning from it, he continues to do some of the same things, as we saw in Game One versus the Milwaukee Bucks. One adjustment he may want to make is letting the offense come to him. More times than not, these bad shots happen when he is hunting shots. That not only takes away from his game but it stagnates the offense and does not get all the other players on the team involved. If he allows the game to come to him, he makes his teammates more of a threat all the while giving himself easier attempts to make baskets. It seems like he has not learned that he can still make an impact on the offensive end if he is not scoring. Assists and ball movement by a point guard count as well.

Lowry started off this postseason on a sour note and so did the Toronto Raptors. At this time, there are some that don't look too favorably on the Raptors right now. But the good thing is that it was just one game and Lowry along with the Raptors can make some adjustments. It should be interesting to see what kind of gameplan the Raptors have along with how Lowry approaches the next game in this series. 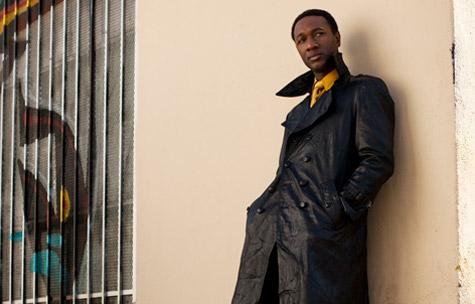