Coming into this NBA season, the main title contenders were the Cleveland Cavaliers and Golden State Warriors. The Cavs, with their historic comeback last season, kept almost everyone intact and made a few adjustments around that. And as for the Golden State Warriors, they signed Kevin Durant and formed what many called a super team. But outside of those two teams, there were not many that were thought of as having championship aspirations that were realistic. One team that some thought of was the San Antonio Spurs. Even though Tim Duncan was retiring, the Spurs still had vets Tony Parker and Manu Ginobli along with young star Kawhi Leonard to take over. But a team that had some buzz this offseason was the Los Angeles Clippers. Many felt they should have made some moves this offseason after yet another season of not making it as far as they wanted to go. But Doc Rivers decided thought differently. And with Chris Paul and Blake Griffin both heading into free agency in 2017, the Clippers head coach and president felt that his team could make one last run in the NBA's Western Conference. And with the re-signing of Jamal Crawford, Austin Rivers and bringing in some other pieces to add to their bench, the Clippers were thinking that they had taken care of some of the issues that held them back. Well, they got off to a good start, but after losing four of their last six games, it is evident that the same issues that plagued them are still around yet again.

The Clippers always have had a solid starting lineup. They have one of the best point guards in the NBA in Chris Paul, an explosive power forward in Blake Griffin, a sharpshooter in JJ Reddick and a great defensive center in Deandre Jordan. But what has always troubled the Clippers is the starting small forward position. Year after year, the Clippers have tried to fill that position and have not had any luck at all. The only small forward they have had that has been comparable over the last few years has been Caron Butler and that was a while back. They brought in Paul Pierce last season, but it was evident that he was not the answer at the position. The veteran small forward was past his prime and could not shoot the basketball as well as he once did with the Celtics. So with Pierce not being able to stay healthy, the Clippers ended up going with Luc Mbah A Moute as their starting small forward. And needless to say, he has not given them much besides some occasional defense and a body on the floor. He is currently averaging only six points a game and is a liability for the Clippers offensively. Just looking at guys like LeBron James, Kawhi Leonard and Kevin Durant, having Mbah A Moute on the floor is a huge hole on this team. And with him as a starter, they are not going anywhere near a title game let alone the conference finals.

But the small forward position is not the only issue this team has. The Clippers had issues with their big men last season. Blake Griffin gave them scoring and DeAndre Jordan gave them defense, but they did not get any consistent efforts from anyone else that was in their frontcourt. The Clippers tried to address that issue this offseason with some of the moves that they made. The Clippers drafted former Maryland center Diamond Stone and they signed veteran center Marreese Speights. The former Golden State center has been excellent for the Clippers off the bench this year offensively, giving them nine points off the bench and also spreading the floor. But as for Stone, he has not really gotten into the rotation at all, which speaks to the issue the Clippers have. The Clippers, even with their addition of Speights, still have big man issues. And let's not forget that as good as Speights can be offensively, he still has some issues as a defender. With Blake Griffin's injury history, the lack of solid backup big men is something that Doc Rivers will need to find a way to address if the Clippers are able to do anything this year of significance. If they fail to make any moves (which they don't really have many they can make with their current salary cap situation), then the Clippers are no better off than they were last season.

The Los Angeles Clippers may have started the season well this year, but they are still the Clippers for a reason. And while Doc Rivers, Chris Paul and Blake Griffin have made them consistent playoff participants, they still have not made the adjustments that make them championship contenders. So while there may be some people that think they are a contender, they really aren't. They are like that nice-looking luxury vehicle that has a horrible engine: always letting you down. 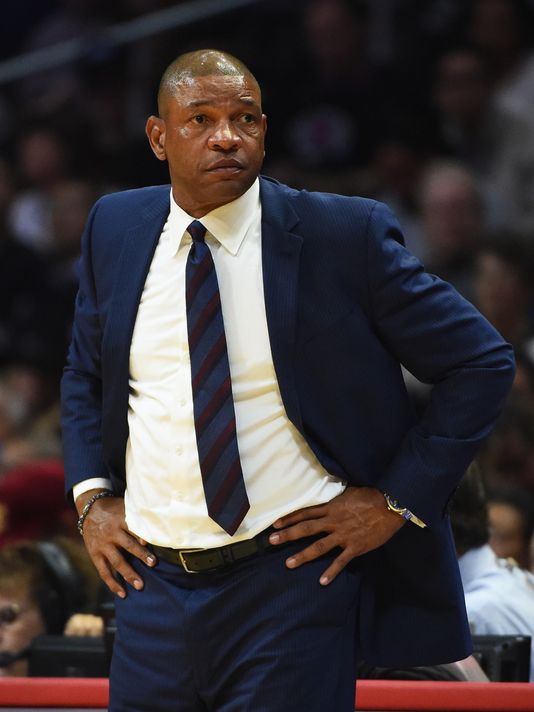