Less was more for the Boston Celtics

The  Boston Celtics were the team that could give the LeBron-led Cleveland Cavaliers problems in the playoffs. They had just signed Gordon Hayward and traded for Kyrie Irving and these two additions with their depth made the Celtics scary. Unfortunately, Gordon Heyward got injured in the first quarter of their opening game against Cleveland and the balance of everything changed. The Celtics still made it to the NBA's Eastern Conference, but they expected to be there with Hayward and Irving, who suffered a season-ending surgery. Boston would end up losing to the Cavaliers in seven games, but the expectation was they would get their stars back and own the East, especially since LeBron decided to go to Los Angeles. Well, after a 118-95 loss to the Toronto Raptors on the road Tuesday night, the Celtics fell to 37-24, good enough for fifth in the Eastern Conference. The Celtics are doing worse than anyone thought they would do and it is quite possible they finish worse than they did last year.

The obvious question among many is how did they get here? Well, the honest answer has 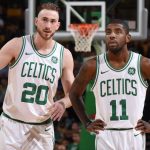 many different answers. One potentially one is subtraction by addition. With Irving and Heyward gone, guys like Terry Rozier III, Jayson Tatum and Jaylen Brown had to step up. And to their credit, they all handled their business. Rozier III was solid at the point guard spot at home and made plenty of big plays during their playoff run. Brown was solid on both ends of the court and gave everyone a flash of what he could be. And as for Tatum, he showed he has the superstar talent many general managers crave in a young player. This season though, the addition of Hayward and Irving back have thrown Tatum, Rozier III and Brown into roles they stepped out of last season. As a result, the continuity isn't there and neither is the consistency. 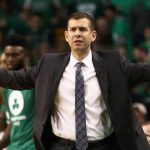 With the Celtics not knowing exactly what they will get each night from theng with people not knowing their roles, there just seems to be a lack of leadership with this team. The Celtics leadership last season was different. Head coach Brad Stevens was the leader with Kyrie and Gordon gone. As a result that , he helped lead the team to the Eastern Conference finals. This year, the supposed leader on the court is Kyrie Irving. The talented point guard has wanted to control his own team and that was part of the reason he wanted to get out of Cleveland, where LeBron James was the alpha male. Unfortunately for him, leadership isn't as easy as he thought it was and now Irving is dealing wit all, as it seems Brad Stevens has stepped back and allowed the team to manage itself now. As it stands right now, that approach has not worked and the Celtics and it has shown in the inconsistency on the floor.

Who would have thought that Heyward and Irving coming back would throw the Celtics off in their pursuit of a title? Well, the Celtics have 22 games left to figure whatever is going on? At the same time, Kyrie Irving will still be getting some free agency questions. It will be interesting to see if the Celtics can get on the same page as only they can and make a run at the Eastern Conference Finals. If they aren't able to, it will be an interesting watch as they try to make adjustments without changing their core of players. Another point to watch out for if the desired results don't happen: does Kyrie even come back to Boston next season.