LeBron James: Getting Better With Age

Entering this season, the talk around LeBron James centered on him leaving Cleveland. Kyrie Irving asked to be traded, the team had to integrate new players and James was entering his last season on his current contract in Cleveland. The writing seemed to be on the wall and there were many that wondered what Cleveland would even look like. The start of their season only fueled the fire as they stumbled out of the blocks, giving up over 110 points a game and looking lost offensively for much of the time. With that picture of how their team looked at that time, the talk only intensified about James leaving Cleveland again and this time the talk included whether or not they would even be in the NBA Finals again to see the Golden State Warriors. The sky seemed to be falling to everyone except the Cavaliers. Despite the injuries and timeouts by players, the Cavs are on an eleven-game winning streak currently and look to have found their rhythm. While finding this rhythm, we are also getting to see the next level for LeBron James. While we all know he is the best player in the NBA, he has done something that many do not expect from a player in his 15th season: he has improved his game.

One area of LeBron James' game that has been lacking over his career has been consistent shooting from the perimeter. Over the years, teams have sagged off of him and played him like a point guard with no shot. The result is James lost trust in his perimeter game at critical times and it hindered the offenses that he was the centerpiece of. Now that does not mean that he could not still get to the basket when he wanted to, but the jumper was something that you could always play him for. So with that being said, it seems like LeBron has put in the work shooting the jump shot this offseason. He is always among the league leaders in field-goal percentages due to his attacks at the rim and his physical ability, but this year his field-goal percentage is the best that it has ever been in his career. He is shooting 58.4% from the field this year and that includes the midrange jump shots and the attacks on the rim. What separates his numbers this year from those of his past are not the percentage he is shooting from the two-point range, but from distance. Over his career, LeBron has not really been a guy people thought of as a three-point shooter. This year though, he has become a guy that you have to look out for from that distance. James is shooting a career-high 41.3% from distance this season. Not only does his form look better, but he is shooting the basketball with no hesitation and with confidence from deep. While that isn't the thing that he is known for, it makes him an even harder person to guard because of the consistency that he has found from deep and midrange.

Along with his shooting touch being better, the post game that LeBron James has displayed this season so far has been better than it has been in his career. LeBron used to try and bulldoze people in the post when he was trying to score and he would also be looking more to pass rather than score. The result would be beautiful passes but there were also times where the result would be a turnover or a shot in the paint where LeBron looked uncomfortable and out of rhythm. This season, LeBron is actually taking his time in the post, surveying the defenses and looking to see where help is coming from. While doing that, he is also getting a feel for where the defender is and how he is trying to force him one way or the other. From there, the footwork of James takes over. As he reads the defense, instead of trying to bully the defender, he allows the weight of the defender leaning on him to direct him into his move. Once the decision is made, then James either hits the defender with his litany of moves from up-and-unders, spin moves and even the fadeaway jumper that he has improved upon this season. It's almost as if you are at his mercy when you try to take him on in the paint these days.

When Kyrie left, there were many that said LeBron would be exposed in some aspects. Well, not only has he shown up with a better jump shot and better post game, he has also shown up when his team needs him the most: the fourth quarter. He is leading the NBA currently in fourth-quarter scoring. Not only is he leading the NBA there, but it's how he is doing it that is impressive. When teams seem to threaten the Cavs, it seems as if he wants the ball to make the plays for his team. In the past, many stayed on his case because he did not shoot the big shot all the time, instead differing to others who are open to hit shots. This season, he has hit more big shots when his team needs it along with icing the games. His detractors have always stayed on his case when it comes to that part of  his game: the killer instinct. Of course many will still stay on his case and talk about how it is only the regular season. Those fans of the game will never be happy, but what can be said is that he has clearly grown in that part of his mentality on the court.

The LeBron James-led Cavaliers are surging in the East after what seemed like the lowest of lows for LeBron since he arrived back in Cleveland. The Cavs have gone from outside the playoff picture to second in the Eastern Conference, only 3.5 games behind the Boston Celtics. With the new pieces they have, they can only get better as the season goes on and with a superstar that has gotten better in the offseason, it could be scary again for every team in the Eastern Conference that will see them. Some wondered what he would do without Kyrie beside him and some actually expected him to flounder. Well, not only did he not flounder but he has elevated his game even more. 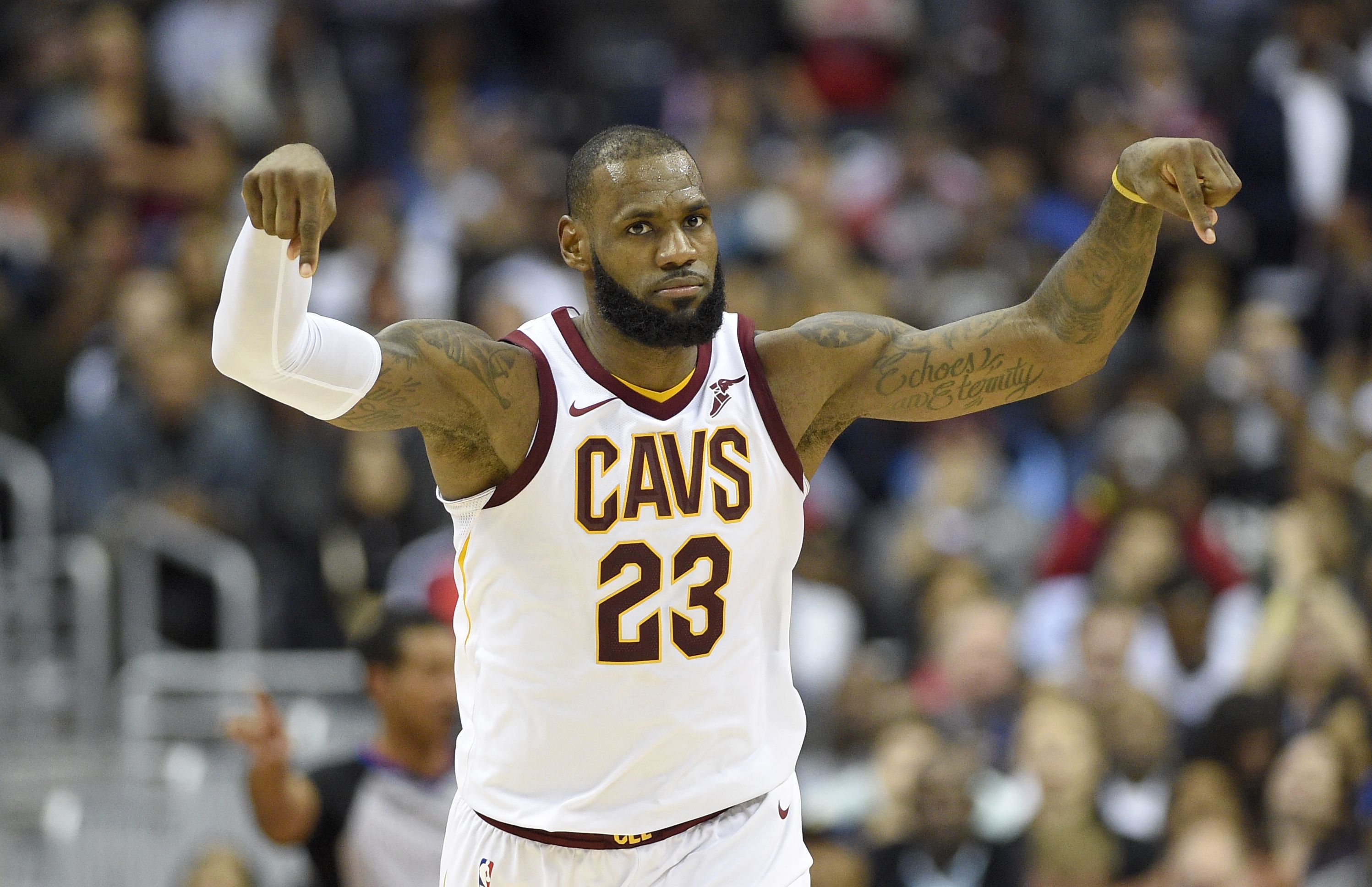