When LeBron James came into the NBA, much was made of his arrival. Plenty hyped him up like he was going to be better than Michael Jordan and Magic Johnson. And when he landed in Cleveland, Ohio, it was thought that he would bring that city a title. Well, flash forward thirteen years later and LeBron has won championships but just not for the Cavaliers. The Decision happened and he left for Miami in the summer of 2010, where he won two titles in four NBA Finals appearances. But after that four-year trip that LeBron deemed "like going to college", he returned home with a mission in mind: to help bring a title to the Cleveland Cavaliers. Well so far, the Cavaliers have made two NBA Finals appearances in his two years back home, which is more success than Cleveland has had in back-to-back years in team history. Overall, LeBron has been to seven NBA Finals over his 13 year career and he will probably end his career ranked very highly in assists and points scored. He has had a career that many players would dream of. But essentially, he could have been better up to this point in his career.

LeBron can dominate a game and there is no doubt about that. Game 6 in Boston in the 2012 NBA playoffs is a game that he just was unstoppable. And in last year's NBA Finals, he was dominant but just did not have the help to go along with his performance. But for the majority of LeBron's career, he has been passive-aggressive. He will have some games that he comes out aggressive and takes over the game. And at other times, he comes out passive, trying to get everyone involved. Over his career, he has never been able to find that perfect balance in when to go for his and when to get others involved. And because of that, it seems that he does not show up as much as he is needed. For example, in this year's NBA Finals, he was passive in Game 2 and admitted that he needed to be better in Game 3. And in Game 3, he came out on fire and attacking the rim with aggression. That fueled the Cavs and they won Game 3 by 30. But in Game 4, that passive LeBron came out again. Almost every time he was right at the rim, he would pass the basketball back out to the perimeter. This has been a pattern pretty much for LeBron's whole career and is something that he has faced heavy criticism about. For who he is and what he can do to teams, if he had ever been able to be the aggressive force that he can be consistently, he would be even higher on the all-time scoring list and he would be even more feared than he already is.

LeBron is definitely a player that can affect the games in so many ways. But one thing we cannot depend on from him is him to be able to give you a go-to move at any point. If you look at greats like Michael Jordan and Kobe Bryant, they all have some signature moves that we can count on from them. The fadeways by both are sick and could stick the dagger in against anyone. But with LeBron, he never really developed a move that you could count on each and every game to see from him. For example, at this point in his career, he should have developed a consistent midrange jump shot. But when you watch his game, it is still as inconsistent as it was from the early years in his career. What is so amazing is he has scored so many points despite not having that go-to move or consistent range on his shot. But what limits him is that some teams play off of him and he seems hesitant to shoot the shot that has been given to him. With him being 31 years old, he needs to step into the gym this offseason and develop that midrange game more. LeBron has always been a great athlete and that cannot be denied. But as far as being a well-rounded player, his shooting has never been his strong suit. Folks may get fooled by his shooting percentages, but people may want to break it down and look a little deeper into it.

LeBron will go down as one of the greatest players in this generation. And he is considered the best player in the NBA right now by many still. His impact on both ends of the court cannot be denied. But for as great as he is, he seems to have never reached all his potential. And now that he is entering the later stages of his career, the athleticism will start declining. At that point, the other facets of his game like his passing and his rebounding will still be there. But the specialness that he has had over his entire career will definitely fade. 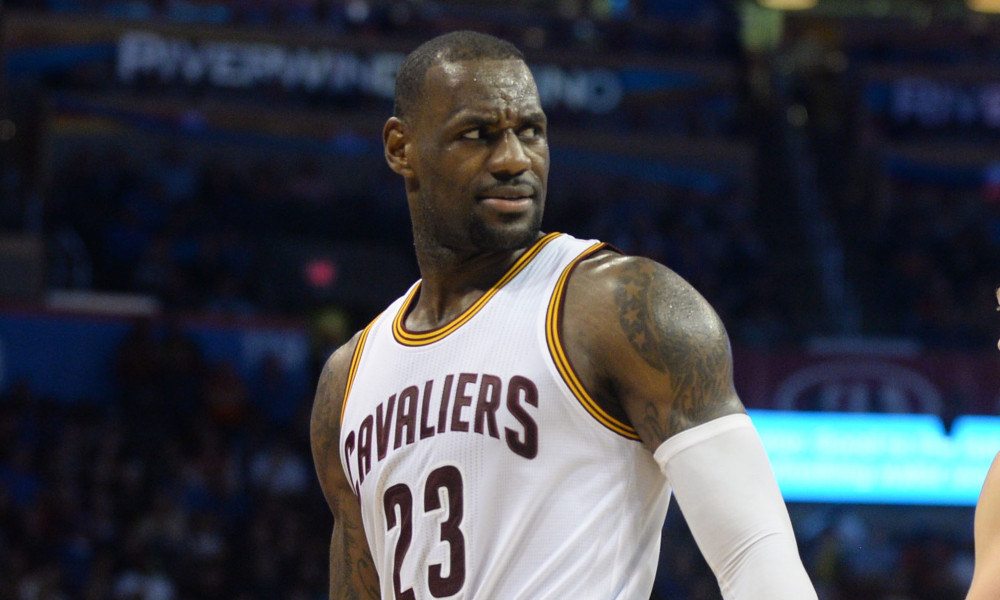