The Haters And Lovers Of LeBron James

The NBA is a superstar league. There are plenty of stars like Kevin Durant, Russell Westbrook and yes, Stephen Curry that get a ton of attention. But none of them gets the attention that LeBron James receives. James has been garnering a ton of attention ever since he entered the NBA. And over his career, he had been beloved by many fans. But all that changed when The Decision happened. The screams and hugs went to stares and mugs as he became public enemy number one to Northeast Ohio and some other NBA fans. Of course he won two titles there and returned back home. But it seems in that one move, he helped himself become the most polarizing figure in the NBA. And all across social media, it seems like every conversation that is had is led back to LeBron somehow someway. And in the NBA Finals, we are sure to hear a ton of talk about him. Heck, even after Game 1 of the NBA Finals there were some that tied his play into the loss despite Cleveland's bench only giving them nine points compared to Golden State's bench giving the Warriors 45 points.

The lovers of LeBron are quite interesting. They can take any situation and turn it into a positive. For example, if LeBron was to turn the ball over, then the lovers of LeBron turn into his legal team. They then go on to breakdown how the spacing of the floor and maybe the blow of the wind caused LeBron to throw it into the fourth row. Some of the explanations are unbelievable. And for that, they should be called out. That is downright silly and crazy. Call it what it is. He turned the ball over. He is not perfect, he is human. And if folks really want to get technical, he does have times where he turns the ball over. But that does not make him less of a basketball player. He still is a great player. And he still will make great plays. But the perfection that extreme lovers have of LeBron can be literally insane. Another example of over the top love for LeBron is one thing that I have seen with my own eyes on social media. Not mentioning any names, but there was a man that was a LeBron James fan that mentioned the love he had for LeBron and then he did the unthinkable. The man said that he would carry LeBron's baby. Yes. The man said he would carry LeBron's baby. That kind of talk is what riles up the haters of LeBron James to the utmost degree and has the responses flowing like crazy. But the mind-blowing thing is this gentleman is not the only one that has mentioned things that sounded this crazy.

Extreme lovers of LeBron James can be crazy and we see it all over social media everyday. But the haters of LeBron James are not any better. The most interesting things that we all see is how things he does are portrayed. Some things that he does are amazing. But tell that to LeBron's extreme haters and that is nothing. Those same extreme haters end up taking it back to the times when Wilt Chamberlain and Bill Russell played the game and then try and tie that into LeBron leaving Cleveland for Miami. Newsflash to the extreme haters: it is ok for you to recognize him for doing something very well. Even if you don't like what he did, that does not mean you make everything into a negative. He left and he came back. Big deal. It is over now. Time to move on. But instead, those folks continue to harp on the negative things or turn positives into negatives daily. It seems like whatever LeBron does, he loses with those folks. If he were to go outside and say the sky is blue, his extreme haters would say that it was not blue but purple and that he was wrong for even saying that foolishness. Extreme haters seem to go out of their way to create a way to hate that man when no one is even speaking about him. It almost seems like they are fans disguising their comments as haters as much as they speak about him.

The extreme lovers and haters of LeBron James share one common thing: they both talk on LeBron constantly. It seems like one side is oblivious to any faults he has and the other side never sees any good in anything he does at all. The one thing these folks need to learn is some balance. It is ok to criticize him and it is also ok to say he did something very well. It's called knowing the game and being a basketball fan. Some folks lose all kind of sense when speaking on him. But of course, both sides of the equation feed off each other. The haters hate the lovers. The lovers hate the haters. They feed off each other on social media. But one thing we can all agree on is there is no middle ground between both of them and finding someone that has an objective opinion on him is few and far between. If you really want to get a laugh, ask a LeBron James hater why they hate him so much. And ask a LeBron James blind lover why they love him so much. After you do that, just let them run off at the mouth. I can guarantee that it will be entertaining. And there we have it, the polarizing effect of LeBron James. It can be comedic and also like watching a trainwreck happen in front of your face. You know it's gonna end ugly, but you just cannot turn away. Maybe the LeBron haters and lovers will realize they both love LeBron but in a different way. They both just cannot keep his name out their mouths for ten seconds. Enjoy watching them all come out of the woodworks during the NBA Finals. While they are doing that, I, the objective viewer, will be watching and looking at the mess that ensues. 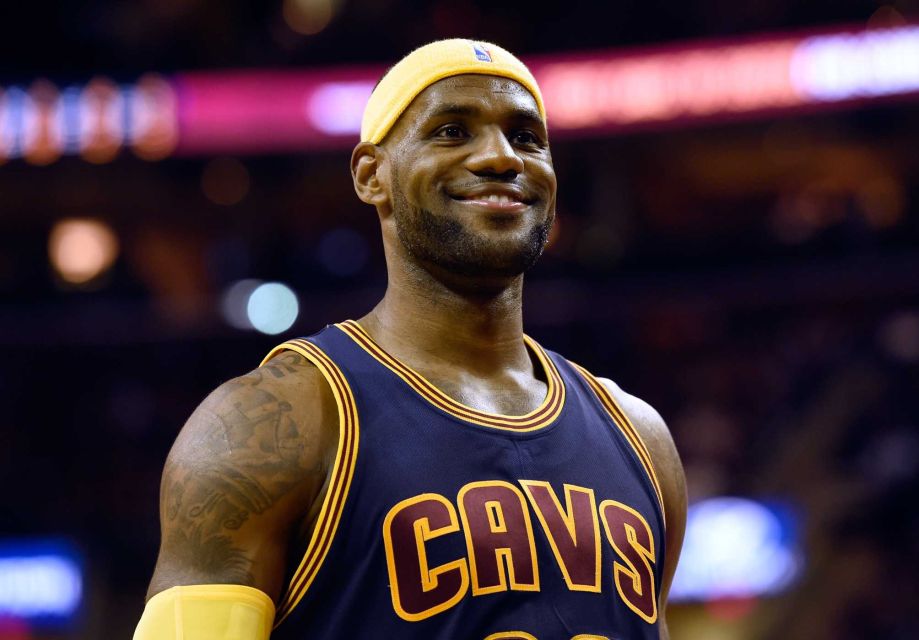