LeBron's second act was one that many did not expect back in the summer of 2014. It was expected that he was going to sign back in Miami and the Heat were going to reload. However, LeBron decided to come back to Ohio, saying that Miami was like him going to college. He returned to Cleveland a better player than when he left, but he also seemed to have a much different personal aura around him. Of course, for him to go back to Cleveland, there had to be some mending of fences with Cavs owner Dan Gilbert. No one can forget the scathing letter he wrote about LeBron James when he left Cleveland back in the summer of 2010. Both men met and those fences were seemingly mended, which cleared the way for him to land in Cleveland again. It seemed like a great story, the local kid returning home to lead the local professional basketball team to glory. LeBron not only led them to a title, he made them relevant again, leading them to four straight NBA Finals appearances and making Cleveland a national television draw again. This summer he is a free agent after opting out of the last year of his deal. Whether he comes back or not, he did what he set out to do. While it all seems like his motives were to come home and be a part of bringing the title to Cleveland along with having his family back home, what if his motives were something totally different than anyone is thinking about?

The movie Trading Places came out in 1983 and starred Eddie Murphy and Dan Aykroyd as two men who are essentially a part of a game for two rich, older gentlemen to try and win a Nobel Peace Prize. Once Murphy finds out he's being duped and part of a plan, he finds Aykroyd's character and they flip the script, making themselves rich while completely taking every single penny from the older gentlemen. While LeBron James may not be breaking Dan Gilbert, he sure is getting payback on his wallet from that first time in Cleveland. First, he let it be known that he wanted to be the highest-paid player out there. Cleveland accomplished that feat. Then LeBron wanted Kevin Love to come to town and Cleveland made it happening, trading away two former number one overall picks in Andrew Wiggins and Anthony Bennett. After that, there were other trades and the signings of Kevin Love to a bigtime contact, JR Smith to a huge contract and Tristian Thompson to a big contract as well. All three were guys LeBron wanted paid and Gilbert did so despite the steep cost of making it happen (and LeBron signing those two-year deals with an option after the first year was potential leverage used by LeBron). Now Gilbert is routinely in the luxury tax, giving away revenue he usually pocketed. All the while, LeBron still has one of the highest salaries in the NBA and is getting his teammates paid. In essence, LeBron is both Eddie Murphy and Dan Aykroyd and Gilbert is playing the role of the Dukes, getting took for money right and left. The only difference is LeBron is doing this right in broad daylight and not secretively like Murphy and Aykroyd.

Not only is LeBron playing his own money game, he may end up leaving Gilbert holding the bag. With their current roster, the one piece that makes it go is James. If he is to leave, then that roster becomes one that isn't really that good at all. Sure, there are some players that have had success over their careers, but the Cavs would not have been what they were if it were not for LeBron returning to Cleveland, especially this season. This team not only would be left with players that cannot lead a team on their own, but the Cavs and Gilbert would be left looking at another luxury tax bill and a couple of those contracts that helped them get there would be because LeBron lobbied for new contracts for players. What makes this even more devastating is the Cavs have no cap room to sign anyone whether LeBron comes back or not. Gilbert may be saying that he looks forward to his team without LeBron but we all know that is a lie. He will be spending money still while the team will not be visiting the postseason. Heck, it may get so bad that he could be looking at a lottery team. The only saving grace he may have is they play in the Eastern Conference, which isn't as strong all the way through as the Western Conference.

The announcers back in 2016 talked about LeBron watching The Godfather movies over and over during the playoffs. Well, I think he has been keeping up with Billy Valentine and the crew as well. If he leaves Cleveland again, then he has definitely got a type of revenge on Gilbert that wealthy folks understand. If he stays, then he can continue on the theory I just explained, forcing Gilbert to give away more of his money. The only question left is to find out who LeBron has the $1 bet with. 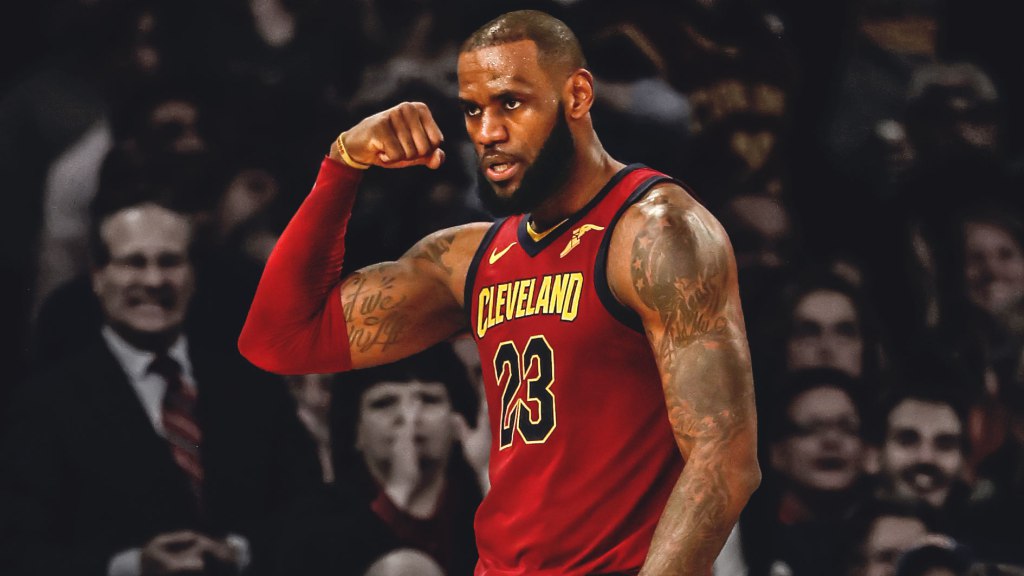