The San Antonio Spurs had an atypical season but it had nothing to do with their play on the court. LaMarcus Aldridge shined on the court, having his best season as a Spur, but their other star was noticeably absent. Kawhi Leonard was out at the beginning of the season with a quad injury that was not really supposed to keep him out long. His absence stretched into the regular season where he returned for only a few games before being out injured again and ultimately missing the entire season. And from there, this is where things got interesting. It seemed like the Spurs and Kawhi were never on the same page when it came to his injury. The Spurs organization seemed to feel he was fine while Kawhi did not believe so and got a second opinion. Then after the team meeting with Kawhi did not go well and ultimately some comments from Tony Parker that were perceived as a shot to Kawhi have left this situation a mess and now Kawhi is reportedly wanting out of the organization. With the option of being a free agent at the end of the 2018-2019 season, there may need to be some assurances made from Kawhi to the organization he could get traded to that he will sign an extension and not be a one-year rental. With that being said, Los Angeles Lakers seem to be the team that is mentioned most.

The Lakers could certainly accommodate Leonard, but at what cost would they do so? The young players the Lakers have are talented but they have not won anything on the professional level. With Leonard being able to be reached, the time comes for Magic and company to decide what they want to do and who they would be willing to part with. One guy the Lakers would love to include in a deal with the Spurs will be Luol Deng. The veteran swingman has been missing in action for the Lakers for almost two seasons as he is getting paid 17.9 million. If the Lakers are able to include him in the deal, it would allow them to keep one of their young players that are on rookie contracts potentially. Even with including Deng in the deal, the Lakers still would have to rid themselves of one young talented player. Kyle Kuzma, Lonzo Ball and Brandon Ingram have been mentioned as players that could be changing addresses. The reality is the Lakers will more than likely part with either Kuzma or Ingram. Seeing that Ingram and Leonard play the same position, it could  be Ingram who gets to call the Riverwalk home. And if the Spurs don't want Luol Deng included in the trade, then the Lakers would have to get rid of two of their top players and that trade could include Lonzo Ball. Only time will tell what happens and how this one shakes down (should it happen).

The Lakers trying to get Kawhi is all but a piece of their plan. Kawhi, when healthy, is the best two-way player in the NBA. Even with his addition, Kawhi isn't enough for this team to take it to the level Magic wants to take them to. One other star will have to be there with Kawhi and there quite possibly could be two. Rumors about Paul George and LeBron James coming to join the Lakers and Kawhi (should he get traded there) have been floating around for a little while now.  Do they both make it out there to Lakerland? The Lakers could conceivably make this happen because of the cap space they created over the last few seasons. With the Lakers going from young team to experienced veterans, they could challenge for the Western Conference crown should they jell together as the season goes on.  Three big contracts, however, would cause the Lakers to lose one of their best current young pieces in Julius Randle. Another alternative to getting three stars to play there would be the option of getting LeBron or Paul George if to go along with Kawhi Leonard if they are able to get him. The pairing of George and Leonard would make the Lakers perimeter defense very difficult to overcome. With LeBron on the squad, the Lakers would get the best player in the NBA and one that could open the court for Kawhi and others to get easier opportunities to make things happen. Either way, with the Lakers getting only two stars in total would increase their chances of keeping a guy that is their toughness personified in Randle.

Kawhi is on his way out of San Antonio and it seems LA is where he wants to be. The Lakers could definitely make it happen, but the question comes as to what they want to do. Do they want to continue to cultivate their youth and add in veteran experience or do they want to trade some of that young talent to try and fast-track their opportunity to win a championship? All of that will be one question the Lakers front office will have to answer sooner rather than later. 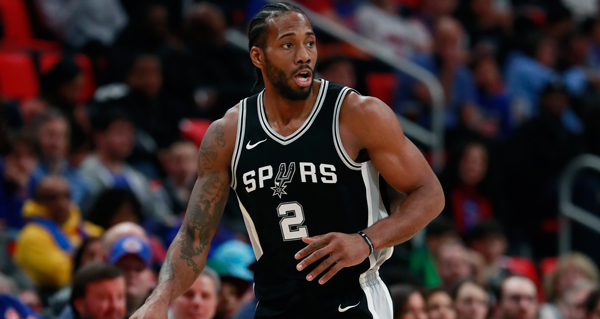