The Cleveland Cavaliers had a lot of pressure on their shoulders last season. They were able to make it all the way to the NBA Finals in the 2014-2015 season and with their full cast of players (Kevin Love was hurt in the first round of the 2015 playoffs and Kyrie was hurt in Game 1 of the NBA Finals), plenty had them as a lock to win the title. But what occurred when they got in the playoffs is teams were gunning for them. They handled themselves well, but in the NBA Finals, they were pushed to the limit, down 3-1 to the Golden State Warriors. And surprisingly, they came back and won the series and the city's first title in ages. After the stress of winning a title last season, the pressure seems to be off the Cavs. They are playing a lot looser than last year and they seem to be more on the same page. And although they have started the season very well, they know it is about the long run and how that will turn out. Veteran swingman JR Smith is injured and will be back later this season and forward Mike Dunleavy Jr. has not given them the punch they thought he would. And while they have three-point shooting in Channing Frye, Kevin Love and others, they felt they needed to get some more to have on their roster. So on Thursday night, the Cavs made a trade to try and bolster their roster.

The Cavs have made a deal with the Atlanta Hawks to acquire guard/forward Kyle Korver and bring him to Cleveland. Going back to Atlanta in this deal is reportedly a 2019 1st round draft pick and Dunleavy Jr. And with that, the Cleveland Cavaliers have definitely upgraded their team. With Korver there, the Cavs now have one of the best three-point shooters of the last decade in the NBA. With him inserted in the rotation, he now makes defenses have a tougher job. When LeBron, Kyrie and others drive to the basket with Korver on the floor, now you either decide to help off Korver or you stick to him. And with Korver being a career 43% three-point shooter, I don't think many teams will be helping off of him. But in the case they do help off Korver, then that gives him wide-open shots. And on wide-open three-pointers, Korver's three-point shooting percentage rises to 49%. He makes Cleveland even more deadly from the three-point line than they currently are. Imagine an offensive lineup for Cleveland that features Channing Frye, Kevin Love and Kyle Korver out there with LeBron James and Kyrie Irving. LeBron and Kyrie could penetrate at will while defenses would be dared to help off those three three-point shooters. Definitely puts a defense in a serious bind.

Korver definitely upgrades the shooting on the floor for the Cavaliers and makes their offense even more dangerous. But for as good as he can be on the offensive end for the Cavaliers, he can be an issue on the defensive end of the court. Korver has not necessarily been the best defender over his career. And at times, he can be exposed because of his lack of lateral movement while defending people. So with that being known, Cavaliers head coach Tyronn Lue is going to have to be smart as to what he does with him on that end of the court. One thing he can do is make sure that he has a good help defender on the court with him. By having that, it allows the Cavs to get away with him out there and also does not compromise their defense more than it would without a good help defender out there. But other than putting a good help defender out there, the other option for Lue is to study the teams that they are playing for ways to put him in and not hinder the team. By putting him in the lineup against guys that cannot hurt the Cavs defensively, that allows them to play him freely and not worry about his liability at the defensive end.

Going forward, the Cavs got a better piece for their team offensively in Korver. But on the defensive end, he could definitely harm them at times. The thing the Cavs will have to figure out how to balance out the liability he can be defensively at times versus the lethal shooting that he can bring to their team. The Cavs thought Dunleavy Jr. would bring that type of shooting, but he has not been healthy or able to consistently break into the Cavaliers rotation. So in losing him, the Cavs are not missing much that Korver cannot bring them. And with that, the Cavs became that much tougher a team to play against as they try to defend their NBA title this season. 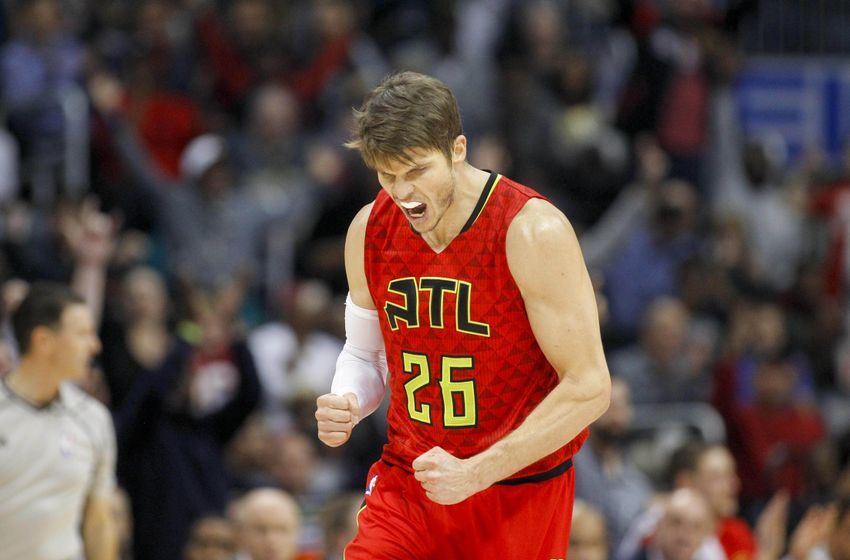