What’s going on with Kawhi Leonard?

Kawhi Leonard was supposed to be out to start the season and come back sometime during it. While he was away, LaMarcus Aldridge was getting it going and the Spurs stayed at the top of the NBA's Western Conference. The thought was the Spurs could stay afloat until Kawhi was healthy enough to come back. He came back earlier in the season and then returned to the injured list after more issues with his quad. Even with that setback, Kawhi was still expected to come back to play this season. Well, all that hope of him coming back this season took a serious blow when Spurs head coach Gregg Popovich announced that it was highly unlikely Kawhi comes back this season. What also came out around this announcement was Leonard was cleared by the medical staff, but is still not ready to come back. There is talk out there that Leonard will seek a second opinion on his long-lasting injury in hopes of finding a cure for it. If you are a Spurs fan or even just a fan of Kawhi and basketball in general, there has to be some alarms going off in this whole scenario.

The first alarm was set off during the time he was out when there seemed to be some disagreements going on between Leonard and the organization. The organization quickly hushed it up and as far as Leonard, he did what he always does and did not say anything at all. The disagreement never happened if you let the Spurs tell it, but there is definitely something there to be looked at. For those that don't remember, there were rumblings about LaMarcus Aldridge and the organization bumping heads last season and the organization squashed that as well. We found out later on that those rumors had some truth to them, so why are we to believe this one has no merit to it? The Spurs paid big money for Kawhi to be the star for them and it has to be frustrating that he has not touched the court. It has to be even more frustrating that Leonard is considered healthy by Spurs doctors and still will not touch the court.

Along with the battle for when Kawhi should or should not be on the court, there has to be some concern over the mental game that goes with coming back from injury. As stated before, Kawhi is considered healthy but still feels he isn't ready to play. The thing that no one speaks on when it comes to injuries is the mental strength it takes to get over the injury. The perfect example of that is Derrick Rose. He was considered healthy by teams doctors once in his time coming back from an injury in Chicago. The former Bull sat still and the talk began to come out about him not being ready to mentally play the game. Along with the multiple injuries, Rose never recovered mentally to the guy he once was. Kawhi does not have that type of injury history, but he is beginning to show some of the mental signs that Rose showed and that is not a good thing.

Right now, we don't know what direction this Kawhi injury situation could head. For all we know, he had a worse injury than we thought. From all the signs though, it seems like there is something more there than meets the eye. We may not see it now, but eventually it will come out and the truth will see the light. 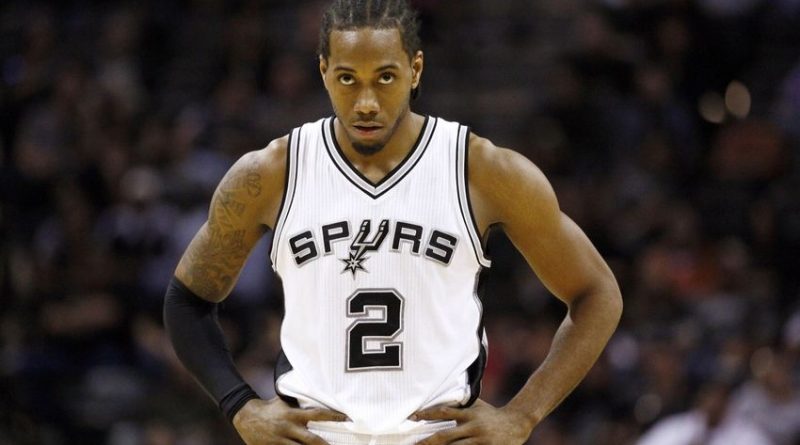