Is Embiid Worth The Money?

The Philadelphia 76ers have a lot of excitement surrounding their team this season. They drafted a young point guard in Markelle Fultz this summer to go along with the bevy of talented players they have on their team. With what they currently have, there are even some fans of the team talking about them actually being in the playoffs this upcoming season. As farfetched as that may sound to some NBA fans, there is a possibility it could happen. Besides, it seems like its the Celtics and Cavs and then everyone else in the East anyway and we all know that anything could happen when it comes to the Eastern Conference because of the unpredictability. Part of the success the 76ers were envisioning was because of talented big man Ben Simmons being healthy to start the season. After missing his first season in the NBA due to injury, it is finally time for Philly fans to see what he can be. Along with him, there is Dario Saric and Fultz, but the key weapon among all the young pieces is Joel Embiid. The skilled big man showed why he was considered the best young big man in the game last season. While he showed what he could have the potential to be, he also showed something that has always plagued him over his career: an injury-riddled past. Embiid was shut down last season with a knee injury that caused him to miss the entire year. As it stands right now, Embiid has been in the NBA three seasons and has yet to even play a total of 82 games. That has to be alarming, but what has to be even more alarming is that Philly is not talking about an extension for him.

Embiid is a third-year player in the NBA and as a result, he is eligible for a big extension that could net him $100 million over four years or $130 over five years (extension would start in the 2018-2019 season). That is huge money for a guy that is as skilled as Embiid is. He could easily be a top center in the NBA should he stay healthy, but he has not and the 76ers have to wonder if they really want to pay him that type of money. The reality is that if they do pay that type of money to keep Embiid there in Philly, then they are definitely taking a gamble. Embiid is currently 23 years old and there is the possibility that he will someday have a healthy season. In that regard, he would be a cornerstone for that offense and with his limited time he has played, you know the only thing he would do is get better. The endless potential of Embiid is enticing, but there is also the downside of committing that much money to someone that has never been healthy. Embiid is not the same as Greg Oden. He is definitely a more talented player than Oden ever dreamed to be, but these two big men do share an injury-riddled history. For Oden, his injuries eventually drove him out of the NBA, as teams could never trust him to be healthy. Right now, the demand for Embiid is still high and the 76ers know that, but they also have to be aware of the downside of the commitment to him.

Being that there is a downside to signing Embiid to such a big deal, the 76ers could potentially end up scoffing at the idea of giving him a big deal. All that talk of trusting the process would go out the window should they let Embiid hit the open market. With the team also still actively trying to get rid of big man Jahlil Okafor, the team would have to find someone to fill the hole up front for them. While that may seem like a bad thing for the 76ers, what will be better for them is they will have that cap space available to place someone with the likes of Ben Simmons, Dario Saric and Markelle Fultz that can stay healthy and contribute consistently. Imagine the 76ers potentially being in play for a veteran guy that can instantly come along and help these young players take it to the next level of play. Or better yet, imagine them taking that type of money they would have invested in Embiid and putting that in two or three guys that can help them build towards their ultimate goal of a consistent playoff contender. All that and more would be available if they are to not sign Embiid to that big deal.

In all honesty, Embiid is not worth big money at this point. If the general manager is smart, he does not sign him to that big extension at all right now. Let him prove he can be healthy for a season before giving him that big money because if you make the mistake of paying someone that is always injured, you could cripple your franchise in terms of trying to make it better with the healthy pieces you have. Embiid may want big money but he has to earn it and not have it just given to him. 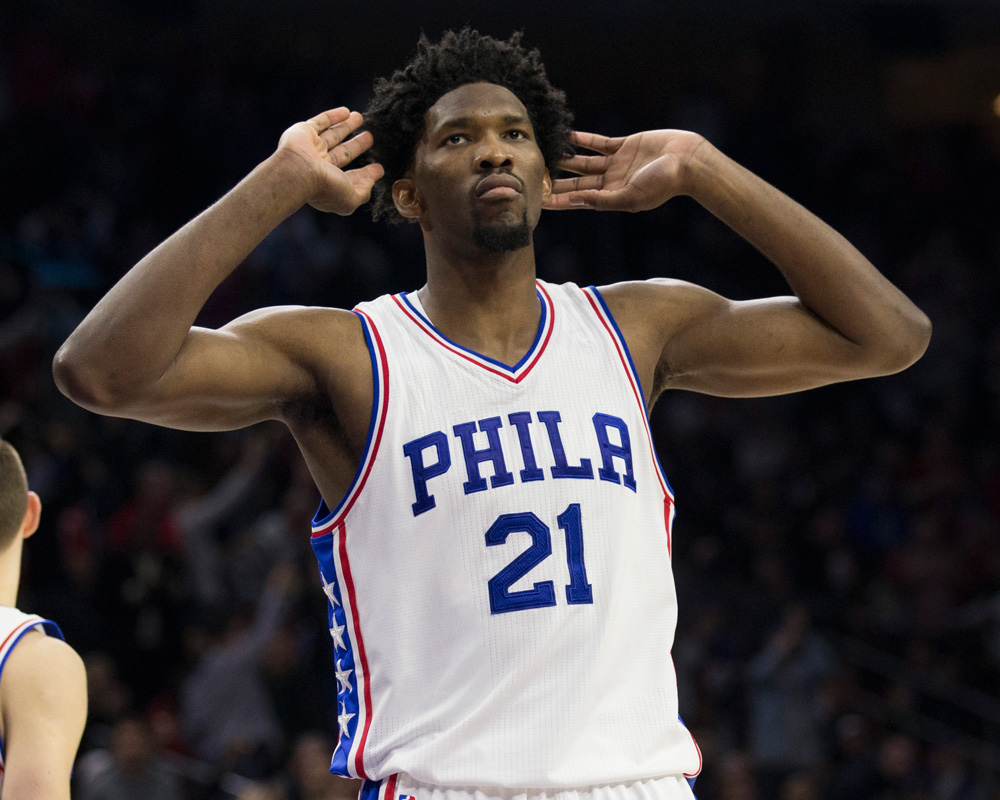