The Surprising Hire Of Jeff Hornacek In New York

The New York Knicks have been looking for a head coach for some time now. Ever since they jettisoned Derek Fisher during the season, it has been a guessing game as to who they would hire. At one point, there was a thought that Tom Thibodeau may get a crack at that job. But unfortunately for Knicks fans, they did not pursue him very much. He ended up signing on with the Timberwolves as president of basketball operations and head coach. After that, there were thoughts that they would be looking at Frank Vogel, who was not brought back by the Indiana Pacers. There was some interest shown, but there was no contract offered in that instance. The Knicks seemed to not have any particular favorite to hire. There was no indication that they would hire someone anytime soon. And then, out of the middle of nowhere, an announcement came. The Knicks had a new head coach. Former Phoenix Suns head coach Jeff Hornacek is now the new head coach of the New York Knicks.

In hiring Hornacek, the Knicks completely shocked everyone, including their fans. No one even knew he was up for the job let alone if he would get it. But now that he is the head coach, let’s take a look at what he brings. Hornacek was the coach for two-plus seasons in Phoenix. And in that entire time he was there, he never made it to the playoffs and had a career record of 101-112. His record was better than the Knicks former coach Derek Fisher, but both still yielded the same results: no playoffs. So his hiring is one that is perplexing on that level. How is he supposedly better than the guys the Knicks whiffed on? Vogel made the playoffs and proved to be a solid head coach during his time in Indiana. As for Thibodeau, he never missed the playoffs the entire time he was in Chicago. And that was a challenge for him being that his teams suffered through injuries for most of his time there. So how does Hornacek become the perfect hire when these guys were once looked at by the Knicks? Only Knicks president Phil Jackson has the answer to that one. And I’m sure that Knicks fans are not really interested in hearing his explanation of why he hired Hornacek.

As far as style of play, that will ultimately be a question for the Knicks as well. When the Knicks were looking for a head coach, it seemed they wanted a guy that ran the Triangle offense. And in skipping over Thibodeau and Vogel, it seemed like they were going to settle on making Kurt Rambis the head coach of the team. After all, he runs the Triangle offense and Phil Jackson is familiar with Rambis. But with the hiring of Hornacek, there could be a signal of change coming to the Knicks offense. Hornacek has run an offense that presses tempo and speed. And although he does have a motion offense when his teams were in the halfcourt, that offense does not come anywhere near the style of the Triangle offense. So in going forward, will Hornacek be asked to incorporate the Triangle offense in what he does or will he be able to run what he wants to run as the head coach? Another interesting thing to look out for is the lineup that Hornacek rolls out on the court. When he began in Phoenix, he started two point guards in Eric Bledsoe and Goran Dragic. And last season, he started two point guards in Bledsoe and Brandon Knight. Looking at what he has in New York, he has three point guards under contract in veteran Jose Calderon and young players Jerian Grant and Tony Wroten. Needless to say, those players are not the talents that Knight and Bledsoe are at all. Hornacek needs more talent at that position if he is going to run the dual point guard system. If the Knicks are to run his system, then they will need to either make a trade or sign a point guard to help make his system work.

In hiring Hornacek, there seems to be more questions than answers in New York. The style of play will be a huge question that needs to be resolved sooner rather than later. But the bigger question is what made the Knicks hire him instead of going after Vogel and Thibodeau? If they were going to change their style of play, then why not hire a coach that has experience in making the playoffs? With the hire of Hornacek, Knicks fans have to be collectively scratching their heads and wondering what Phil Jackson is doing. 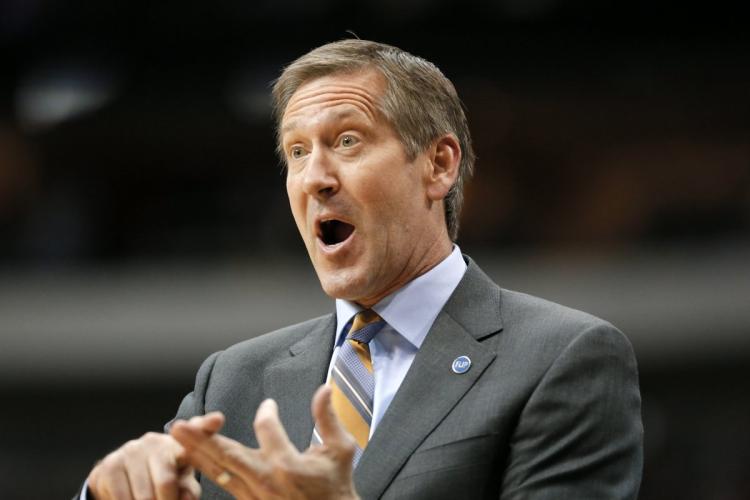