Mystikal has been around for a while. He first hit the scene with his album Mind Of Mystikal, which arrived back in 1995. From there, the excitable style of his that was hard to understand at times was around. He rode that style to five studio albums that spanned over his career so far with Jive and No Limit Records. On his fifth album, Tarantula, Mystikal was back with Jive Records and doing things a little bit more his way. One of his singles off that album, "Bouncin Back", was not a big hit for him but it was a hit nonetheless. The song peaked at number 37 on the Billboard Hot 100 charts and was the only hit he had off the Tarantula album. Much like Bouncin Back, many wondered if JaVale McGee's career would ever bounce back. He was not catching on with any teams in the NBA and it seemed like he was done in the NBA. But fortunate for him, the Warriors made a power move and signed forward Kevin Durant to the team. The collection of Durant, Steph Curry, Andre Iguodala, Klay Thompson and Draymond Green have hefty contracts and that leaves little space to get more addition to the team. JaVale happened to catch the eye of the Warriors and he was signed this offseason at a cheap rate. He has been playing well for Golden State, blocking shots and finishing around and at the rim and has seemed to revive his career there. But even with that, there is still one guy that does not want to hear any of that and seems to still want to point out his negatives.

Shaquille O'Neal was once a great NBA center. He would dominate players with his devastating combination of power and quickness in his huge frame. But these days, he is just an analyst that works for TNT covering games and has a segment called Shaqtin A Fool. Shaq has been having this segment for years and Javale McGe has been one of his biggest contributors to it. He has been on there so much that plenty remember him more for that than his abilities. Sure, Javale has had his moments, but this year he has been solid. But instead of acknowledging that, Shaq continues to come at him. At what point in time does it become something that is old? Quite honestly, if I were Javale McGee, I would be tired of it too. The fact that he never really said much the entire time this was going on during his career is a testament to him not really caring. But eventually a man has to say "enough is enough". McGee said something earlier this season about Shaqtin a Fool almost damaging his career and to a point he is correct. McGee did the actions on the court that led to some of the fodder surrounding him, but listen to these words from Steve Kerr when defending McGee in this beef: "I can tell you, I had a preconceived notion of JaVale before he got here that turned out to be totally false. And a lot of that was because of what goes on with Shaq's 'Shaqtin A Fool' thing." Of course, Shaq is ignoring any of that and still calling JaVale a bum and going off on him. But at what point does this become pointless?

Shaq has a very good basketball mind. He not only played the game but knows the game as well. His job is to be an analyst. For the most part, he does a great job at it. I must admit that Shaqtin A Fool is comedic and does give me a chuckle. But when he hones in on one person and sometimes goes in on him unwarrantedly, he may want to understand what that does to his reputation. This whole scenario is not making Shaq look good at all. Both JaVale and Shaq took turns taking shots at each other on social media. JaVale questioning why Shaq is waking up with him on his mind among other things and Shaq continuing to call JaVale a bum and threating bodily harm on social media. In the end, both look bad, but let's focus on Shaq for a minute here. He is the one that is the analyst and when you are an analyst, credibility is everything. When your credibility starts to get tarnished, then that is not a good thing. Shaq, for as much analysis and fun that he has on the set, needs his credibility. He started losing some of it with Dwight Howard when he did good things and would still down him there. But he wised up and then everyone noticed that his fodder of Dwight went away. Well he now has the same situation with JaVale. This time he took it to another level and got in some Twitter beef. The best thing for Shaq at this point is to let this beef die and lay off JaVale at this point. Turner Sports and the Warriors organization have gotten involved and at this point, there is no way Shaq wins this battle at all. Whether he feels that is right or wrong, this beef serves no purpose and him continually going at JaVale is old news and pointless and his credibility will lose if he continues on.

Shaq reminds me of a comedian that uses a routine until it is buried into the ground. There comes a time where acting like a grownup comes into play and this is that time. JaVale had his moments where he was a laughing stock and Shaqtin a Fool benefited from it. But he is providing great things for the Warriors at center and that is no laughing matter. So like any comedian, it is time to find new material. Although I enjoy Shaqtin a Fool, when people are thinking like Kerr is and you taking it to the Twitter streets, then it is time to cool out. JaVale may or may not be sensitive to these types of things at this point, but can we ever name a time when Shaq has ever said anything positive about JaVale on a broadcast? Go ahead. We can wait. We've been Smelling Smoke since JaVale McGee started to bounce back. Kind of funny how Shaq can do this when he was in JaVale's position at one time, getting clowned by Bill Walton and he did not like it. 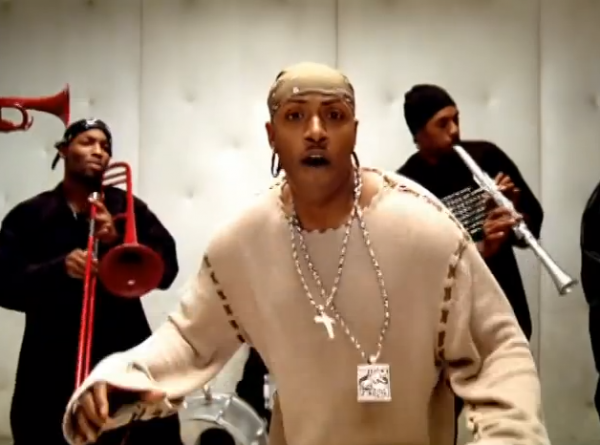