James Harden Is A Huge Part of Houston’s Problem

The Houston Rockets came into this season with the thoughts that they could contend in the West again. They brought back essentially the same team this year and they were all a year older and a year wiser. James Harden was a dynamic scorer and the team was shooting the three-pointer well and was thought to pick up where they left off. Well, the season has not gone exactly has they thought. The Rockets started off a little rough start, fired head coach Kevin McHale, and struggled to make it into the playoffs. Their reward: the Golden State Warriors in the first round. And just as many predicted, the Warriors look superior to the Rockets. The rematch of the NBA’s Western Conference Finals last season looks decidedly one-sided even with Steph Curry missing the second game of the series with an ankle injury. The Rockets are heading home down 0-2 and there has been nothing that has shown us they can compete in this series. Dwight Howard has caught criticism all season long and rightfully so. He has not played up to the standard that some had for him. But the real culprit here of this team is James Harden. Harden is one talented player, but he is also the biggest hindrance to this team.

Offensively, Harden is very talented. He can break down players off the dribble, finish at the rim, hit the midrange jump shot and also can shoot from three-point range. Some consider him one of the top scorers in the NBA. Although that may or may not be true, the reality is that James Harden is the offense and that is not a good thing. He often can be seen pounding the basketball on the perimeter, taking away the whole shot clock. Often it works for him, but that is not conducive to the Rockets playing wining basketball. And it often leaves his teammates just standing out there, watching him putting on a dribbling exhibition. Last season, Harden shared the basketball more and that resulted in his teammates getting great shots and knocking them down. If he played that way, that would open up more things for him and also for Dwight Howard. But instead, he continues to think that he gets points per dribble instead of using ball movement and the players around him to make his job easier. The way he plays offense is like a perimeter version of Charles Barkley when he was in Houston. At that point in his career, Charles pounded the basketball over and over and over again in the post until he got to where he wanted to go on the court. By that time, Charles had dribbled out the entire shot clock and the offense looked stagnant.

Not only does Harden damaging at times to the Rockets, but defensively he is a huge hindrance. Most players are at least solid defensively. They at least seem to try and stay in front of the person they defend. Harden, on the other hand, plays very porous defense. When he is guarding someone one-on-one, he can be seen way out of position and often escorting the offensive player to the basket instead of deterring them. That kind of porous defense often puts a ton of pressure on the rest of the Rockets to cover for him defensively. And often that compromises the entire defense. But other than his on-ball defense, Harden is also a very poor help defender. Often times, he is supposed to be the help defender on the opposite side of the floor. When penetration happens on the opposite side of the floor, he is supposed to be the help defender and cut off the penetration. Unfortunately, he leaves his teammate out to dry more often than he thinks of actually playing defense. And because of that, the Rockets played 4-on-5 defensively all season long. Last season, Harden started to show some kind of effort on the defensive end. But it seems like he has reverted back to the guy that was allergic to playing defense again. And that is counterproductive to the Rockets.

As a guy that is looked at as a team leader, more is expected of Harden. He is expected to lead this team on both ends of the court and be more than just a leader in name alone. But unfortunately, he is only a guy that holds the leader title by default and not because he has earned it on this team. A leader would give more for his team to win. Harden seems to be more of a one-way player that only cares about getting it done offensively by himself. But in doing so, he does not utilize his teammates offensively. And defensively, it seems like he could care less about that side of the court. Harden is never going to lead the Rockets anywhere in his current state of play and the current state of this team. It is almost like the Rockets are playing a game of follow the leader that has them following a guy that is not even meant to lead. 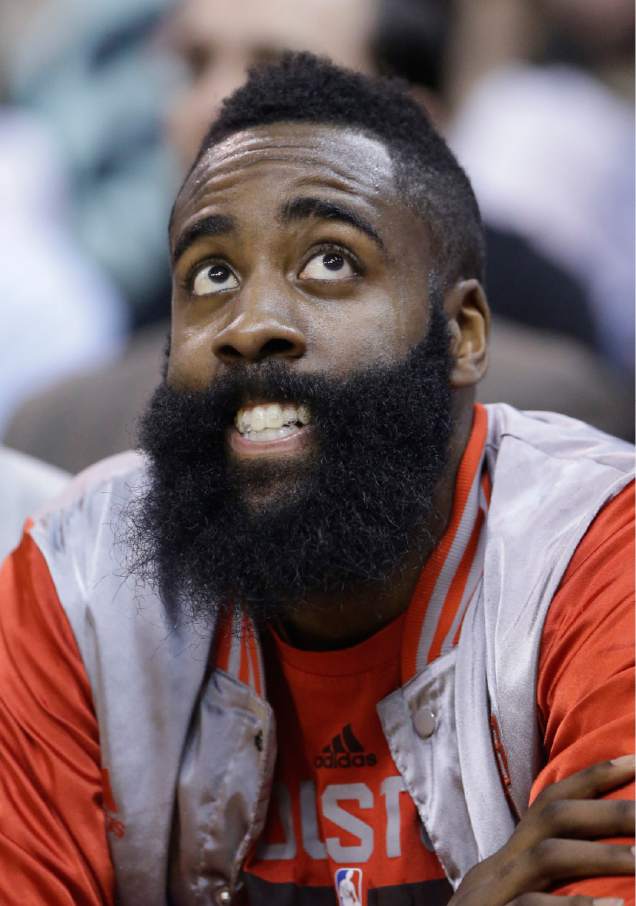