Jahlil Okafor Finally Gets Out Of Philly

The Philadelphia 76ers are starting to see the fruits of the Process started by Sam Hinkie. Although his process was not well-received at the time, it has brought them future starts Joel Embiid and Ben Simmons. One player that was thought to be a piece of that process was Jahlil Okafor. The talented big man was taken third overall in the 2015 NBA Draft and was thought to be a key for the 76ers going forward. Well, things have not gone the way the 76ers and Okafor thought they would. Okafor has gotten less and less playing time as his time in Philly has gone on and it had gotten to the point to where he was not even playing anymore this season. You knew the frustration had to be eating him alive, knowing that he wanted to play and contribute to this team. Unfortunately, his time never really came with the 76ers and he has been on the trading block for almost a very long time, waiting for someone to finally give him a chance. Well, on Thursday, that chance finally came when the 76ers agreed to trade Okafor along with Nik Stauskas to the Brooklyn Nets for Brooklyn's 2019 second-round draft pick and veteran forward Trevor Booker. The trade ends a frustrating opening to Okafor's career and a new beginning for him as well.

As time went on, the asking price for Okafor went down further and further until they landed with this deal. The 76ers may not have got what they wanted, but they needed to get rid of Okafor. He was not going to fit into what was going on and had made it known that he did not want to fit into what was going on. The honest truth was that he and Joel Embiid just could not coexist together. Embiid was going to be the starting center of the 76ers and there was just nothing that Okafor could do about it. When they signed Okafor to a huge extension, that only reinforced those thoughts. Couple that with the fact that Okafor tried and failed playing alongside Embiid and the writing was on the wall. There was going to be no way he was going to accept a role coming off the bench with inconsistent minutes. Okafor is still a young player trying to make his mark and inconsistent playing time would not do well for a player trying to make a mark and get that all-important second contract in the NBA. Adding veteran Trevor Booker in Philly will give them a player that will likely accept the on-again off-again role that Okafor did not want to accept and the second-round pick could be used as an asset for Philly down the line.

The new landing spot in Brooklyn provides somewhere that is definitely more suited for Okafor. Tyler Zeller, Quincy Acy, Jarrett Allen, Timofey Mozgov and Rondae Hollis-Jefferson are the players that Brooklyn has currently playing the four and five spots. Out of all of them, only Allen, Zeller and Mozgov are true post players. None of their three true post players even average ten points a game. Needless to say, this team has no true inside scoring at all. With the addition of Okafor, he falls into a position where he can step in and give them what they have been missing. For all that has been said about him defensively, there is not much you can say bad about him offensively. He can put up numbers if given the opportunity and he will definitely be given the opportunity to produce in Brooklyn. If he is to succeed there, then he could potentially become a piece of the future of this team along with D'Angelo Russell. Now one thing that will be interesting to watch is his effort defensively. That part of his game has been something that has lacked and eventually, that could be something that could hinder his minutes. As far as Stauskas, he may find it hard to get some playing time in this move. He was known as a shooter in college, but he has yet to leave his mark as he is on his third team in his NBA career. If he is able to get his jump shot going, then he could be able to get some playing time in Brooklyn.

What was long rumored to be happening finally happened. Okafor is now an ex-76er and both sides can finally move on. For Philly, it was addition by subtraction and for Brooklyn, it was their time to try and resuscitate the career of a former highly-touted player in the NBA Draft. For Okafor, he finally got the freedom he so very much wanted and now he gets to show that he can be a NBA player. The spotlight is now on you Okafor since you got your wish. let's see what you can do with it. 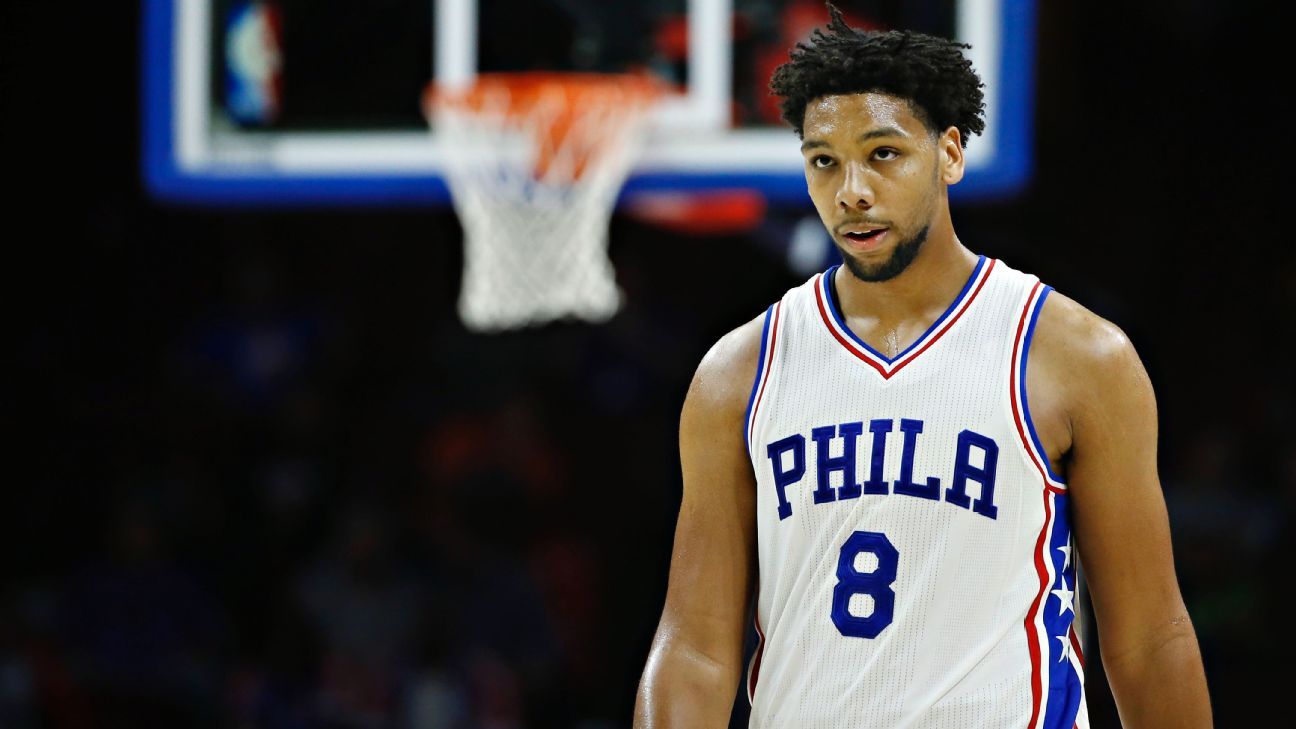