Time To Get Gone Reggie Jackson

Ideal was a group that not many think of in R&B history and why would they. After all, they were on the scene for a hot minute and then disappeared just as quick. But in 1999, they definitely made their mark on the R&B scene. One song they had was called "Creep Inn". That song was popular, but their smash hit was one of the biggest breakup songs in R&B at it's peak. "Get Gone" was a song about a man that gave his girlfriend everything apparently. But even in giving her everything, she still stepped out on him and now he has had enough and is letting her have it in this song as he ends the relationship. Reggie Jackson and the Detroit Pistons have had a two and a half year relationship. He arrived on the scene from the Oklahoma City Thunder as he wanted to be a starter and was not going to be so with the Thunder as long as Russell Westbrook was there. His arrival meant that Stan Van Gundy got his point guard that they sorely lacked at that time. But my oh my how things can change over time.

Reggie Jackson missed the beginning of the season this year as he recovered from a knee injury that was slow to heal. With him gone, the Pistons did not start very well. But the thought was that the team and the energy with the team would pick up and they would be in the playoff hunt. Well, the Pistons are currently in the eighth spot in the Eastern Conference and are hanging on for dear life to that spot, holding off the red-hot Miami Heat and the Charlotte Hornets at this time. The Pistons, although they are in the running for the eighth spot, are still struggling to find some consistency. A point guard is supposed to be the one that rights the ship when things aren't going well. Reggie Jackson is supposed to not only be the point guard but the leader of the team. At this present time, it seems like he is doing neither consistently. But not only is he struggling to lead the team and be the point guard that rights the ship, he cannot be consistent in the month of February. Reggie has scored in double figures in three out of the last seven games this month. In January, he only scored in double-figures every game but one. The thing is though, the Pistons have only lost twice this month and actually look better with him having less minutes and Ish Smith playing more. With Jackson getting a huge contract and playing under 30 minutes the last eight games and the team not getting the production they thought they would, it may be time for Reggie to move on.

The one good thing about Reggie is that in this huge salary cap era, his contract is not as bad. Sure, he still has three years remaining on a five-year, $80 million deal, but that is nowhere near the exploding numbers that people have been getting recently and will continue to get. Heck, Allen Crabbe got $72 million for four years to come in off the bench for Portland. With that being said, look for teams to look to try and get Reggie from the Pistons. One rumor that floated out there in the past was a trade of Reggie Jackson to the Minnesota Timberwolves for Ricky Rubio. That trade rumor was not greeted well by many. But the realistic idea of moving Reggie Jackson is here ladies and gentlemen. The Pistons have gotten better play from Ish Smith and it seems like the team flows a little better with him. Sure, Reggie is a better scorer than Ish is, but Smith is a better distributor and gets the tempo more to the liking and temperament of the current Pistons squad. Obviously, Detroit is not going to move Jackson to the bench and Jackson is not going to want to accept that anyway. But the obvious thing is Ish gets more people involved than Jackson does.

Jackson got a chance to be the star point guard and lead a team. He said that he was ready and showed so last season as he helped lead them to the playoffs. But unfortunately, it seems like the fit that was once there has changed. No longer do they need him to come down and score for them all the time. The Pistons have other guys that can do that for them now provided they get opportunities. Ideal said in their hit "Get Gone" these lyrics: "I think I better leave (leave) you alone (alone). So get your bags (yeah) and get the **** on (on)". Reggie doesn't got to leave the NBA or anything, but he surely may want to start packing. His Detroit days could be numbered. 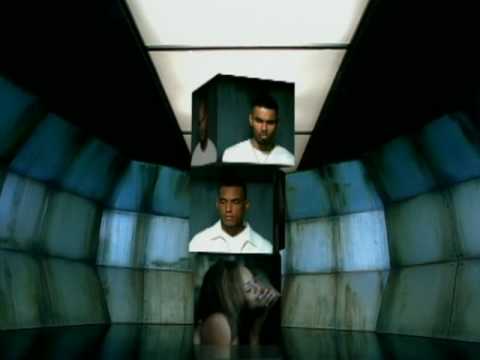