Hold Up On Crowning Boston In The East

The summer of Cleveland basketball has been an interesting one to observe. Everyone thought they would get Paul George or Jimmy Butler via trade this summer but that fell through. Then their general manager, David Griffin, was left dangling in the wind on a new deal with the team, with the Cavs ultimately deciding to part ways with him and some of the people that worked with him in that Cavs front office. After that, then came the talk of LeBron leaving after the 2017-2018 season that had plenty thinking he was going to the Los Angeles Lakers when the time came ( that is still to be determined after this year). All those things sound good enough to be a television drama, but there was one other huge plot twist that no one saw coming. Heck, even LeBron James himself did not see it coming.The new broke this summer that Kyrie Irving had at one point approached Cavs owner Dan Gilbert and asked for a trade out of there because he did not want to play with LeBron James anymore. Plenty believed it was a joke at first, but it was indeed reality. From there, many began to wonder when Kyrie would be traded and where. Since he announced he wanted to be traded, there were plenty of teams talked about, but in the end, it seems one team had the guts to pull it out and it was a team that no one really took seriously in trade talks.

The Boston Celtics, who the Cavs beat in five games in the NBA's Eastern Conference Finals, made a trade for the talented but disgruntled point guard and in exchange, the Celtics will be sending Brooklyn's 2018 first round pick that they obtained in the Paul Pierce/Kevin Garnett deal from years ago (which will more than likely be a high pick in next year's draft),  All-NBA point guard Isaiah Thomas, small forward Jae Crowder and big man Ante Zizic to Cleveland to play with LeBron. So finally Kyrie got his wish to get away from LeBron James and he is going to a good team, but let's not bury the Cleveland Cavaliers just yet. For starters, they added an All-NBA point guard in Isaiah Thomas that was third the NBA in scoring last season. Of course he will probably not do that this upcoming season playing beside LeBron James, but he will be provided something that he has never had in Boston: someone to take the attention off of him. In Boston, he did not have a true number two beside him. You can call Al Horford that number two beside him in terms of contract, but there is no way that you can tell me he played like a star when it mattered the most. LeBron James has won championships and is the best player in the game, so Thomas sliding to that number two position beside him is not that bad at all. And for those that think that Thomas is a downgrade from Irving, you may want to remember that both have the same type of games.

Besides the addition of Thomas, the Cavs also got one other thing they needed. Jae Crowder was a starter in Boston and he seemed to flourish there ever since he was traded from Dallas to Boston. He thought he was the answer at the small forward position in Boston and that other positions needed to be upgraded, but that simply was not the case according to Boston. The Celtics acquired Gordon Hayward this offseason and Crowder was definitely not happy if you noticed some of his Twitter comments. With those comments out there and potential discontent in coming off the bench behind Hayward, the writing was essentially on the wall that Crowder had to go. So with unloading him, Boston got rid of a potential issue, but along with that helped their rival in the East get better. Crowder isn't going to start for Cleveland over LeBron James and he should know that, but what he also should know if that he could have a fantastic role in this upcoming season for Cleveland, backing up LeBron James and also being a power forward in a smaller lineup. His ability to shoot the three-pointer and defend multiple positions immediately upgrades the Cleveland bench because their best defender off the bench was Iman Shumpert (who could not shoot) and Korver, Frye and Jefferson were not very good defenders.

The Cavs may have gotten better for right now, but this deal also could help them with their rebuild next season should they lose LeBron James this offseason. Along with LeBron James being a free agent in 2018, Isaiah Thomas will be able to hit the market. Make no mistake about this deal for Cleveland, this is a one-year run at  title. No one is saying they are or aren't good enough to make it back and potentially beat the Warriors, but if they don't reach their goal of a title in 2018, there is not a lot of cap space tied up in the core of this team. With the pick they get from Boston via the Nets, they could get a jumpstart on that rebuild with one of the top players coming out of college in the 2018 NBA Draft (Marvin Bagley in Cleveland in 2018 perhaps???). All the Cavs have to hope for is the Nets to be bad like they were last year (which is highly expected). The crazy part about this entire scenario is if LeBron James decides to stay in Cleveland in 2018, the Cavs could have the same situation that Boston had this year, making the Eastern Conference Finals and having the first overall pick in the draft. The year still has to play out, but that is a scenario that any team would love to have.

There are plenty that say the Boston Celtics won the trade by acquiring a guy like Kyrie Irving. While Kyrie is talented, you have to look at the sum of the parts in this deal. Cleveland got four things in this one and Boston got one piece they essentially already had although Kyrie is younger and taller. It will more than likely be Boston versus Cleveland again this year in the Eastern Conference Finals, but no one can really say the Celtics have the upper hand on the Cavs going into next year despite the moves they made. So Celtics fans, get ready to play the waiting game and hope that LeBron James leaves Cleveland next year for yet another season. You're not beating Cleveland this year if they stay healthy. 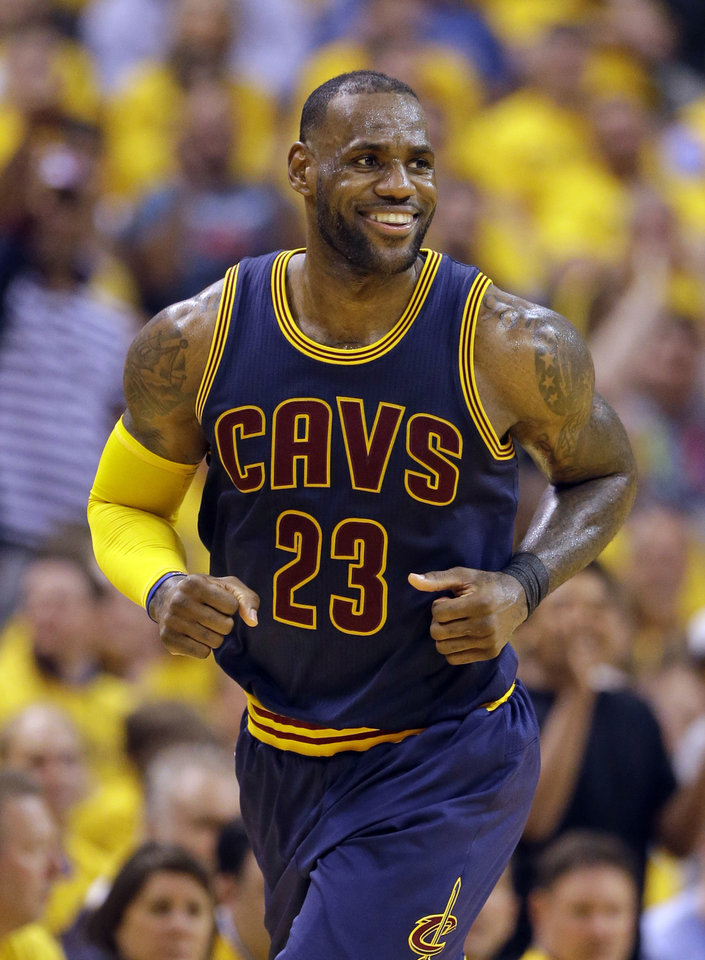