What were they going to do next? That was the question that Cleveland had to answer going into the summer of 2017. The defending NBA champions were defeated in the NBA Finals in five games and it looks like the Warriors are only going to get stronger. The guessing game on who they would add and subtract has been going on since they lost the title. There were names mentioned like Jimmy Butler, Carmelo Anthony and even Paul George with the Cavaliers getting rid of Kevin Love. But unfortunately, none of these situations have happened. Jimmy Butler was traded to Minnesota on draft day, Carmelo Anthony still is sitting in basketball purgatory and Paul George is now playing in Oklahoma City alongside Russell Westbrook. The biggest wave had been the Cavs signing veteran wing Jeff Green and potentially signing Derrick Rose. Well, as of Friday, the biggest news to hit Cleveland involved one of their stars: Kyrie Irving. News began to come out that the talented point guard had spoken to Cavaliers management and requested to be traded somewhere else. In what was a slower offseason than expected for the Cleveland, the Cavs just took yet another hit while everyone else seems to be trying to get better.

Some speculated on why Irving would do this. After all, the Cavs would still be the best team in the Eastern Conference despite their uneventful offseason. There was some thought that he wanted to get out of there because it is speculated that LeBron will not be in Cleveland next season. That speculation was deemed not to be true. What actually is being reported is that he wants to be the man on his team and does not want to play alongside LeBron James in Cleveland anymore. Before LeBron James came to town, Irving was the man on the Cavaliers. Any and everything went through him. He was in charge of making all the big shots and making all the big plays and apparently he wants to go back to being the player that is counted on for that type of production. Of course, that could be something that he could do in Cleveland next season if LeBron does indeed leave Cleveland. But in my opinion, it is about more than just being the focal point of the team and not wanting to play with LeBron James and potentially more about Dan Gilbert. Irving remembers what things used to be like before LeBron came there. He was the focal point of the team, but the unfortunate part was that the team was not winning anything. They were drafting player after player and they just could not seem to get the same type of success they had with LeBron James the first time. When LeBron came back to the Cavs, the pieces that Cleveland had like Tristian Thompson and Irving, seemed to fit better. Along with that, James signed one-plus-one deals (means one year deal with a one year player option afterwards), which put pressure on Gilbert to get or maintain players at whatever costs needed. With LeBron signing a two year deal with a player option on the third season in the summer of 2016, that took some of the pressure off Gilbert to keep players and do anything this offseason. Kyrie may be trying to protect himself from being in constant purgatory like he was before in his career.

Going on his own is something that Irving wanted to do and he eventually will get that opportunity sooner or later. So with that coming, it will be interesting to see what he has learned from his first experience at being the focal point. The first time around, Kyrie was scoring and making great plays. He was exciting to watch each and every time out with the things he could do. But with all the great things he did on the offensive side of the court, you have to wonder if he can make his teammates better. Of course the team was not as talented as it is now in Cleveland when he was the focal point, but his talent should have counted for some wins in that organization and it did not. Kyrie was still learning when he was on his own, but that still will be something that he will be judged upon if he gets his wish. Offensively, that is the only knock against Kyrie that I can think of. He is a great offensive weapon, but as the focal point he would have to balance the scoring with the playmaking better. Defensively with Kyrie though, where do we begin? Irving has the ability to be a solid defender. At times you see him have his moments where he dives on the floor for loose balls, blocks a shot or gets in position to get a charge. But unfortunately, those moments are few and far between. Irving blows past defenders but he himself can get blown past two. That type of poor defensive effort can get your big men in trouble along with compromising your defense. In Cleveland, he had others that either helped him out or took the top defensive assignment, but that will not be guaranteed on the new team he goes to.

The Kyrie Irving/LeBron James era seems to be coming to a close in Cleveland as Kyrie reportedly is ready to turn the page. The feeling I get about this era potentially ending is the feeling I got when Kobe and Shaq were on their last legs as a pairing. Kobe leaned on Shaq but did not like his habits to get ready and wanted it to be his team. Kyrie wants to be the focal point and is tired of being the second fiddle in Cleveland's dynamic duo. It was amazing to watch Kyrie and LeBron together just like it was great to watch Kobe and Shaq together. Both pairings had success but eventually the egos stepped in. Kyrie, like Kobe, will be on the guy somewhere. The question that remains to be answered is can a team win with him being the main ingredient on a team and that is a question that we can only wait to see answered. 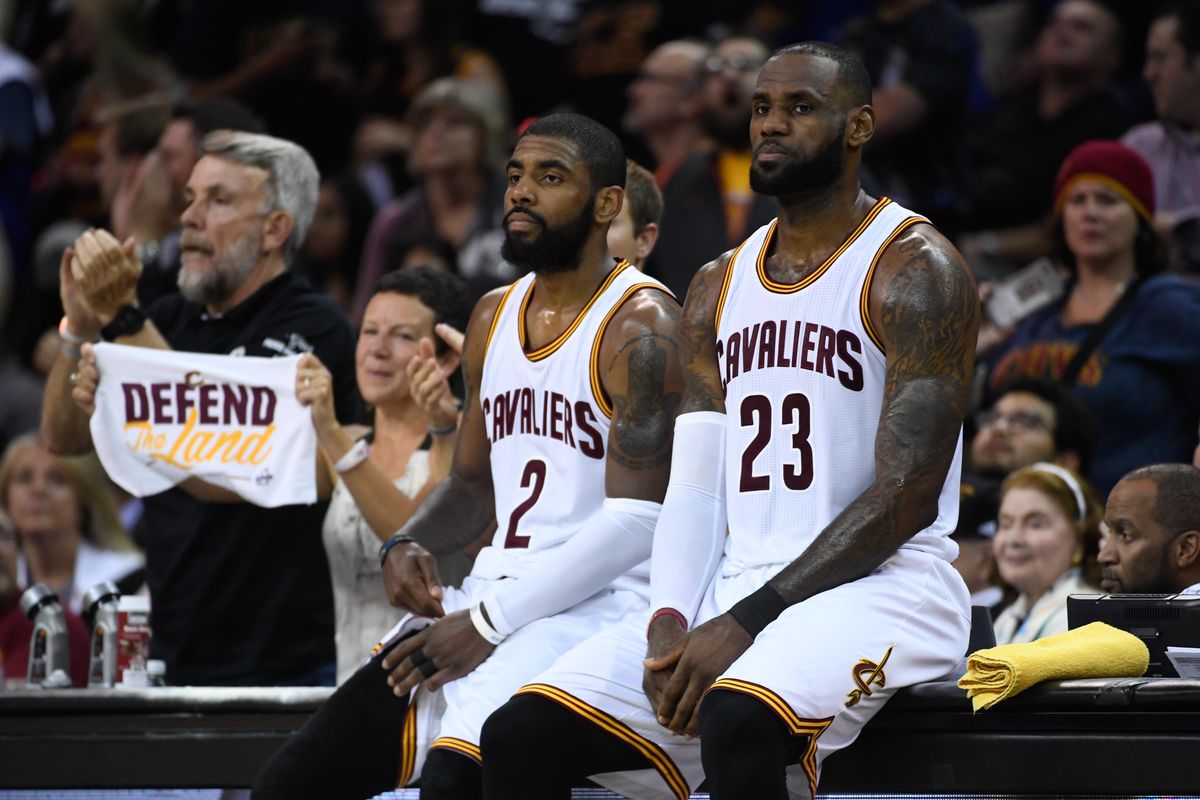