Dwight Howard’s On The Move Again

The career of Dwight Howard has had a few turns along the way. It all started when he was the 1st overall pick by the Orlando Magic back in 2004. The height of his time there was him being a part of a team that made it to the NBA Finals. But after that season, things began to go downhill. Howard had a back injury, disagreed with coaches on his usage and seemingly hit a wall in his development as he played for the Lakers for one season, the Rockets for three seasons and played last season for his hometown team, the Atlanta Hawks. After all his complaining over his career, you would think that coming back home to Atlanta would change things for him and he would finally stick to what he does best. Well, Dwight just had to be Dwight again and he talked about getting paint touches and being more involved in the offense. After the season was over, he was reportedly not happy with his role on the team. But instead of the Hawks sitting around and listening to him bellyache about touches and how he was being used, they made a decision on Howard and one that many did not even see coming.

The Hawks traded Howard along with the 31st pick in Thursday's draft to Charlotte for the big man Miles Plumlee, guard Marco Belinelli and the 41st pick in the draft. With that trade, the homecoming for Dwight Howard was over within only one year. With Dwight headed to the Charlotte Hornets, he now is on his fourth team since 2012. Many can remember when Dwight was considered, by some, the best center in the NBA, He was explosive on both ends of the court, blocking shots both in his area and outside of it, He also was thunderous on the offensive boards, putting back powerful dunks off rebounds. That sounds great for a center, but not for one that aspired to be great. Howard never developed to be the star player people thought he would develop into in the NBA. His offensive game is still as limited as it was then because he cannot do the same post move twice in a row and does not have a good feel for the post game. Add to that his back not ever being the same since he had back surgery and his lack of consistent focus and that makes Howard not as attractive as he once was to teams.

In Charlotte, Dwight has to realize that he is not the same guy he once was nor is he the offensive weapon that he thinks he is. His best attributes as a player are rebounding, shot-blocking and rim protection. Charlotte desperately need a rim protector and Dwight could bring that to them and help their defense get better than last season.  Imagine him anchoring a defense that has Michael Kidd-Gilchrist on one wing and Nicolas Batum on the other wing. If Dwight is engaged, then he can definitely make them scary defensively. Other than that, Frank Kaminsky and Cody Zeller are both guys that don't bring that physical presence a team needs. By adding Dwight, Zeller and Kaminsky can slide to the power forward position and Marvin Williams can slide more to the small forward position and make the Hornets a bigger team. The ability to be a big team and still be a smaller team will bring that versatility the Hornets need while maneuvering through a long season.

Dwight is in the backend of his career. He has done some good things on the court, but he has also done some things that make you scratch your head. One thing for sure about him is he never really reached the potential of what he could have been. Although he can be entertaining to watch, he never was consistent in how he played and that along with his constant griping has been a huge hindrance in his career. People keep thinking he will get what he does best at each stop of his career and people keep getting disappointed. For his sake, he better get that he is a rebounder and shot-blocker soon because he is going to cut his career short by not buying into what he does best at yet another stop in his career. 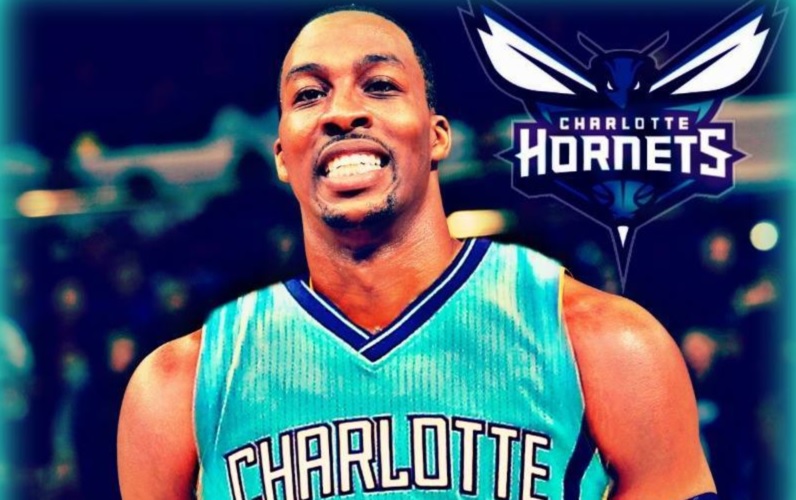