What Al Horford Means For The Celtics

The Boston Celtics have been hoping to get a star this summer. They had a boatload of picks and they also had tons of cap space. But when they tried to trade some picks to get that star they wanted, they ended up striking out. But that was not the end of their search for a star. They knew they had enough cap space to get a star or two. All that was left was to sway someone to come there. Well, they pitched and pitched and pitched and they finally got someone to come to their team. Al Horford was one of the more coveted free agents this summer. There were plenty of teams that wanted him. But in the end, it was between Washington and Boston. Assessing both situations, Horford knew what he wanted to do. And as he tweeted out "Celtic Pride", you knew where he was headed. Horford has agreed to sign a four-year, $113 million deal with the Boston Celtics. And all of a sudden, with what the Celtics have an upgraded roster with Horford that helps them get better for next year.

The Celtics have been trying to form an identity ever since they got rid of Paul Pierce, Kevin Garnett and Ray Allen. They have had some lean years, but they have began to make their resurgence in the last two seasons. And the main reason they have made that surge back up the standings is guard Isaiah Thomas. Ever since the Celtics acquired him from Phoenix during the 2014-2015 season, Boston has started to trend upward. They needed a guard that could score for them and Thomas provided that and then some. He led them to the playoffs back in the 2014-2015 season and he took it to an All-Star level this past season, leading them again to the playoffs. But for as much as he can do, he still did not have as much help in the scoring department. Avery Bradley can shoot it at times, but Marcus Smart, Evan Turner and the rest of the Celtics guards were inconsistent at best shooting the basketball. And when it comes to their big men, they had no one that any team really feared. With the insertion of Horford at either the power forward or center position, the Celtics now have a guy that can get them consistent buckets from all spots on the floor. Horford can shoot the three-point and spread the floor. He can hit the midrange jump shot and put the ball on the floor as well. That additional scoring threat will ease the load on Thomas and make the Celtics even more potent.

But Horford's move does not just affect him but one other big free agent that is out there. Kevin Durant's decision was reportedly already 90% made a few days ago. Between the Boston Celtics, Miami Heat, San Antonio Spurs, Golden State Warriors and Oklahoma City Thunder, it was thought that he would go back home to Oklahoma City and at least play there one more year. But with Horford signing in Boston, there has to be some thoughts going through his mind. Boston is in the East and with his addition, they would be very dangerous and would have a very good shot at knocking off NBA and Eastern Conference champions Cleveland Cavaliers. And what is so crazy about their roster is they can add Horford and Durant and still have room to tinker with their roster. Durant could potentially win a title if he goes back to Oklahoma City. But Horford's signing and the constant recruiting of Kevin Durant by Isaiah Thomas will make this decision even tougher.

The Celtics finally got their guy and signed Horford long-term. And for them, this will continue to make them even better in the Eastern Conference. The only decision now is will this signing help them make Durant feel easier about wearing the green and white. If it does, then Danny Ainge will have done it again. And the Celtics would again be a team that could stand in the way of LeBron James and the Eastern Conference title. And of course, we would see more matchups of LeBron James versus Kevin Durant, which would be great to see on a regular basis. 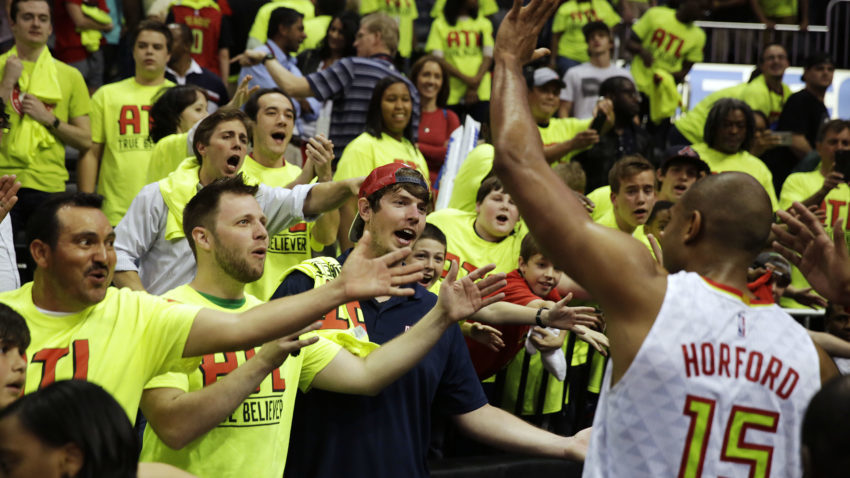