Adding Hayward Is Not Enough For Boston

The summer in the NBA is always one to watch these days. Sure, there are players that get drafted and can be expected to impact a team, but there is also free agency that looms large. Some players that are not very heralded will not get that much attention, but when a star player enters free agency, everyone notices. A player like Chris Paul had the attention of people with his skills even though he is in his 30's at this point. He eventually opted in to his last year of his deal to get traded to the Houston Rockets. Other than that, there was one other free agent piece out there that plenty people were talking about and his name was Gordon Hayward. All season long, people have been talking about where he could land when the faithful day came for him to pick a team. The teams were down to Boston, Miami and Utah as to who would get his services. Well after a false start, it was finally announced by Hayward via The Players' Tribune that he would be taking his talents from Utah to the Boston Celtics, joining his former college coach at Butler, Brad Stevens. Just like that, Boston just got a little bit better.

The Celtics had a great season last year and took the number one spot in the Eastern Conference heading into the playoffs. The team was physical defensively and behind the offensive dynamo Isaiah Thomas, the Celtics were pretty good offensively in the regular season. The way they played in the regular season made many believe they had a chance against the Cleveland Cavaliers in the playoffs. Well, that changed quickly as the Celtics were dominated by the Cavs and lost in five games. Isaiah Thomas was figured out and frustrated and the team as a whole just could not get untracked offensively. With the addition of Hayward, now Boston has another playmaker to go alongside Thomas. Teams cannot focus primarily on Thomas now and that will make the surrounding pieces in Boston even more dangerous, especially with the three-point shooting. As far as a perimeter defender, Hayward is very solid there as he has quick hands and can explode into passing lanes as well as defend players straight up. The addition of Hayward is an upgrade at the small forward position for the Celtics. Heyward in Boston is good for them, but it does not make them automatically better than the Cleveland Cavaliers as they currently stand.

Now don't get me wrong, the Celtics are a step closer to the Cavs right now with the addition of Heyward. But the Celtics still have some issues to work out. First, they had to renounce the rights of one of their solid bench players, Kelly Olynyk. For a team that does not get much out of bigs outside of Al Horford, that loss could sting for a second. Also, to fit Heyward's contract in, the team is reportedly shopping around Marcus Smart among other names on their bench. One name that also could be mentioned in trade talk is Avery Bradley because he is a free agent next year with Isaiah Thomas and the Celtics cannot pay them both next offseason. What the Celtics could do since they have to get rid of one to three players is try to acquire something that they are missing. The Celtics, although they shoot well, still suffer in the rebounding department. Cleveland still has people that can pound them inside, so why not look to move two to three pieces for someone that can be physical inside for them?

If the Celtics insist on keeping Al Horford at the center spot, one guy that could be available for the Celtics is Kenneth Faried. The Celtics could rid themselves of a small forward that Denver needs in Jae Crowder and also send Avery Bradley to Denver to bring in a guy that eats glass for breakfast. In turn, they get a guy that is not a fit in Denver and could help make up for Boston's rebounding deficiencies on both ends of the court. If the Celtics move Horford to the power forward position (which is his preference), then they could try and trade for a piece like Robin Lopez from the Chicago Bulls. The Celtics saw up close and in person how much of a factor he can be on the boards and adding him would give them a physical presence inside while riding themselves of Crowder and Bradley. The key thing in adding another piece that could sweeten both deals is the Celtics could give up a first round draft pick in either deal and still be ok. But in order for the Celtics to get what they want, they will have to say goodbye to some players they would love to keep.

It will be interesting to see what happens going forward with the Celtics as they prepare for the 2017-2018 season. They are certainly better, but they still need more. After all, their goal is not only to beat the Cavs and win the East, but to win a championship as Gordon Heyward said in his article in The Players' Tribune. We shall see what happens next as Danny Ainge surely is not done tweaking his Celtics team. 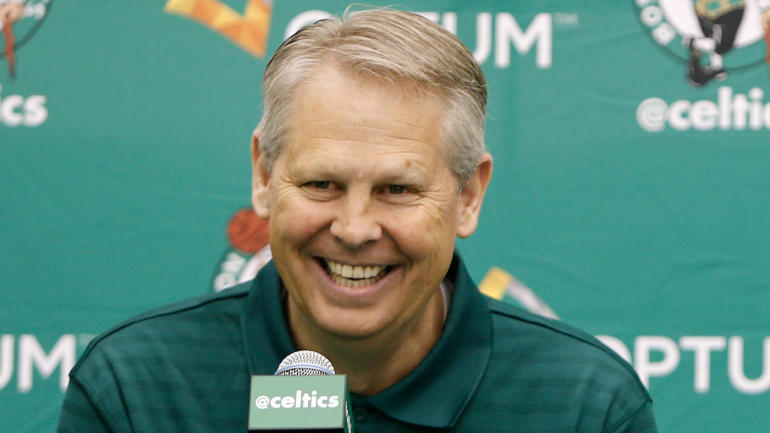