What Are The Atlanta Hawks Doing?

The NBA's free agent period has had some good trades/signings, some eyebrow-raising moves and some signings that have been perplexing to us all. Even with all the good, bad and ugly signings, teams are trying to do what they feel is best and what fits them in their eyes. So while some of these player signings don't make much sense to us as observers, they at least seems to be trying to make the changes. While there are a lot of teams that are making some changes to get better, there is one team that seems to be stuck in neutral. And after that specific team losing another bigtime player, you have to wonder what is going on. Which team is it that is losing before the season started? Well that team is none other than the Atlanta Hawks. As of right now, there is no one that really knows what they are doing this offseason. For those that are not familiar with them and what has been going on, then let me take you don't a trip of their offseason and more.

The Hawks were, at one point, the number one seed in the NBA's Eastern Conference in the 2014-2015 season. They were flying high with the best record in the East that season and many liked their chances to come out of the East. Well, that all went away when the Cavs dominated the Hawks in four straight games. From there, it seems like the Hawks have not gotten better. A piece here or there could have helped them to be better than they were the previous season. But instead of investing in the team, the Hawks decided to go the opposite way. After an excruciating sweep to the Cavs again the next season, the Hawks decided to part ways with Al Horford. He and Paul Milsap together made a versatile pairing and they were not the issue, but the Hawks wanted to make some change and they decided to bring in Dwight Howard at the center position along with moving Jeff Teague to Indiana to let Dennis Schroder step in to that spot. This season, Milsap showed his worth for the Hawks, as the Hawks were last in offensive efficiency without him on the court. He was spectacular for them when he was out there, but unfortunately it was not enough. The Hawks were eliminated in the first round by the Washington Wizards in six games, ending their season earlier than it was ended the previous season. As you notice, the more they subtract from this team, the worse the Hawks have gotten. I'm sure many others have noticed that, but have the Hawks?

Apparently the Hawks have not gotten the memo because they just allowed Paul Milsap to walk this summer. Their best player opted out of his deal to be a free agent and the Hawks had the money to sign him back, but they apparently did not even offer him a deal.  Along with Milsap being gone, the Hawks also traded Dwight Howard and the 31st pick in the 2017 draft to the Hornets for the services of Miles Plumlee, Marco Belinelli and the 41st pick in the 2017 draft. Again, the Hawks continue to play this addition by subtraction game and this year, they lose their starting center and power forward. Of course, losing Howard happened more because of his negative talk about the team during and after the season, so that one could be understandable. As far as Milsap, we know he is 32 years old and a five-year max is probably not in the cards, but to not even offer him a deal is truly perplexing. The Hawks definitely not have anyone in place to replace him. Just look at their roster as it currently stands. Are they going to let rookie John Collins step into that spot and let him learn on the job? Another option is signing Mike Muscala back and trying to slide him into the starting spot (that would be reaching at best for production there). All in all, the Hawks will not find a better option than what they let go unless some miraculous trade happens that brings them a star power forward.

The Hawks are taking the "addition by subtraction" method apparently and it has subtracted from their wins and their standing in the East every year. But let the Hawks tell it, they are not tanking this year. Let's just be real Atlanta, you are not really trying to win. If you were, you would still have Al Horford or Paul Milsap still there and the team would be trending upward and spending money to stay competitive. There is a reason the Hawks have not won a title and it keeps showing itself over and over again. You know how the saying goes, "If someone shows you who they are, believe them." The Hawks have continued to show their fans who they are and soon enough, their fans may want to believe them instead of creating an alternate reality. 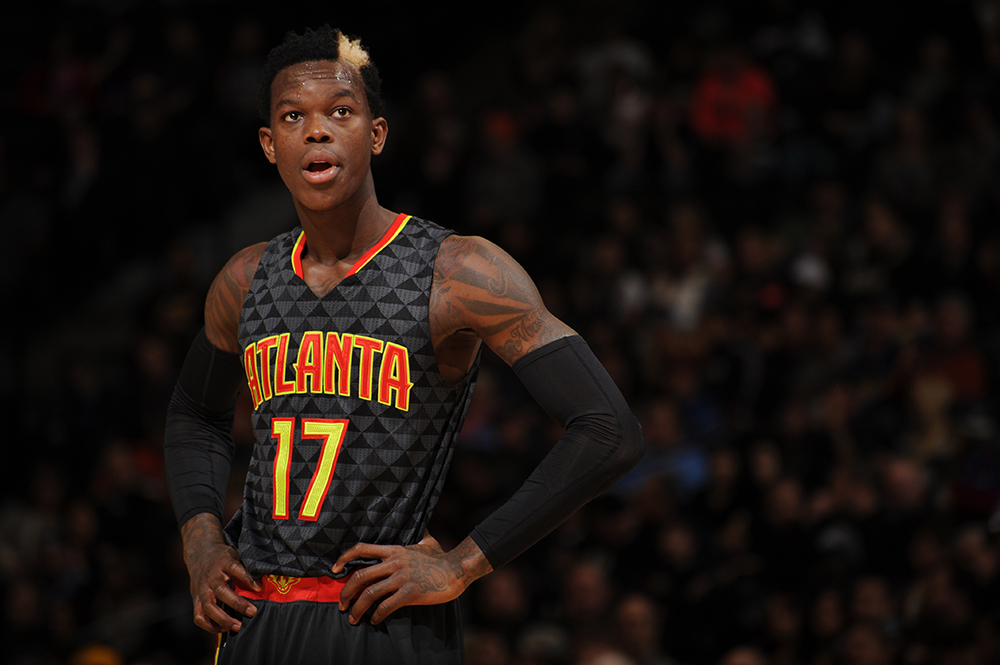