The Biggest Misnomer In Basketball

The NBA has come under fire for much of this season. No, not because of the play that has happened on the court (although at time it can be frustrating to watch), but for the way that games have been called. There is always a call or two that can frustrate a fan when watching a game. Usually, that call involves some contact and an official that sees a call different than those that are observing the official. And at that point, then social media gets into the act. Everytime you look on social media, there is always someone complaining about a call or non-call. And usually there comes an argument between people on what is or is not a foul. Of course, both interpretations of the call are looking at it a different way and nothing ever really gets resolved. But of course, there are some that go to the extreme on this topic of judging a foul. There are those that think that every bit of contact in basketball. They complain on any little bit of contact that happens on the court and think a foul needs to be called. But to those that do that, they may want to realize something.

Basketball is a physical sport whether folks want to realize that or not. It is of course not as physical as football or hockey is, but you cannot be a person that avoids contact and play the sport. For example, offensively when you set a screen as a big man, you have to put your body on someone in order to free up who you're setting a screen for. If you don't put your body on theirs, then you may as well have never set the screen. Another example of being physical is posting up. You cannot just stand in the post and ask for the basketball. You have to actually search out the opponent and work to get the position that you want on the court. Usually when there are those watching the game and seeing someone fighting for position, the first thing people yell about is a foul on the offensive player. But not every bit of contact on the offensive end by the offensive player is a foul. Not every hard screen is the fault of the guy laying the screen. There is a such thing as a player being physical without a foul.

But for as much as people yell about offensive fouls and rough offensive play, there is equally as many if not more that are frustrated with how defenses get called for foul or not. Plenty of times, you can see offensive guys bumping into defensive guys when they are trying to move around the court. But of course, that is not the only physical defensive play that frustrates fans when they watch the game. One thing that happens almost every game is a player going to the rim and a defender challenging the shot. When that happens, body contract usually happens at that point between the offensive player and the defender. And immediately the fans that are watching the game are wondering where the foul call is when that particular defender is not called for a foul. Well, how do you call a foul really when the offensive player is going at a fast rate and jumps into the opponent that is going straight up? You honestly cannot call a foul on that play because the defender is going straight up. Yet another interpretation that officials have to make and that at times, they get wrong. But again, that should not be a foul call at all. And it speaks to how some view the physical play. Yes, a defender will touch an offensive guy. And yes, there are some instances where those are fouls. But not all physical contact defensively is a foul. That is the biggest misconception out there. 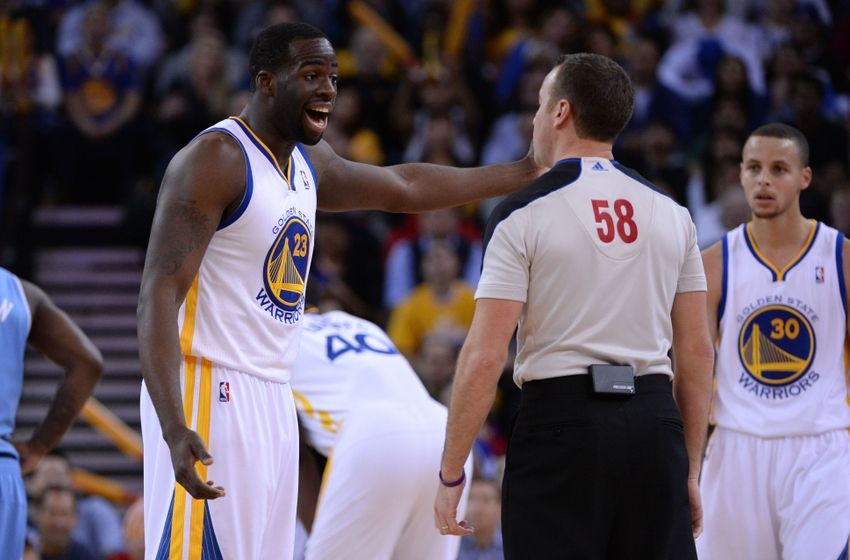